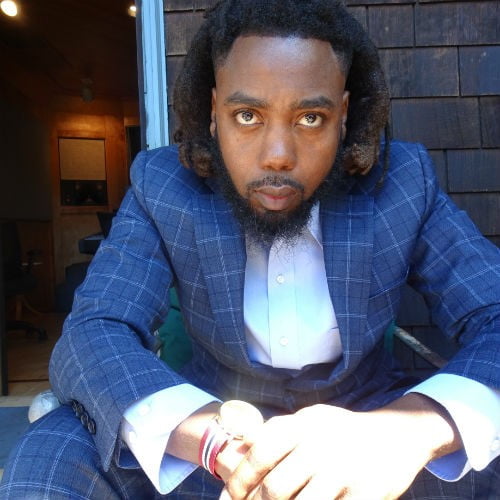 We are living in an era when the Separation of Beneficiary Americanization between Blacks and Whites is widening everyday, and Blacks Who Descended From American Slaves are at a historically political crossroad this election season, and it seems as if we are split in ethical principle in relations to voting for the next President of The United States.

The Democratic Party elected one of the pioneers of the school-to-prison pipeline system for young Black males to become their nominee. Joe Biden helped establish the 1994 Crime Bill which became the single piece of legislation that will later make the United States of America the most populated prison country in the entire world. One of the most troubling issues in Black society is a mass incarceration problem which helps with the destruction of the Black family unit in America, so the Democrats electing Joe Biden as the face of their Party shows a type of indifference and overt racism that makes benign neglect look like a better choice.

Blacks Who Descended From American Slaves inherited the brutal, subjectly oppressed half of the legacy of slavery in America that can only get fixed with federal and governmental sanctioned politics in correspondence with city, local, and state policies that will address our current situation, and the Democratic Party has Black people as their base of voters every election cycle, but this same Party elected a man who spent his entire political career undermining that base with political policy on the opposite side of our positive development. Joe Biden committed an unforgivable sin, and our political power is garnered by our ability to sway elections, and we should only use that power to support our own political representatives with Black agendas, specifically reparations, and only representatives who understand how reparations would operate in this country.

Worrying about who wins or loses if we do not vote for a certain party is not our concern anymore. Our only concern is voting for people who have our own agendas, and people who represent us, so that we can truly get the political change that we need. If the Democrats are so worried about losing elections, they must stop antagonizing us with electing people who created policies aiding in our destruction. Blacks Who Descended From American Slaves have been the base for the Democratic Party for sixty years, so it is time that we get the respect deserved, and get treated as such, and it is time that we quit choosing the “lesser of two evils”, and realize that picking any type of evil is no longer an option.