Connect with us
1.5k
SHARES
ShareTweet

Lets start off by saying 2k fashion is rare to come by for an independent artist. 2k Ponce is from Staten Island NY but was raised by a West Indian culture and has a growing fan base that loves his versatility. 2k’s music gives a Caribbean New York vibe.

In 2012, as an entrepreneur in the music industry, he launched his first project “Chicken Grease n’ Grits.” The project got over three thousand hits from Datpiff.com.

2K Ponce Juno has worked with a collection of producers to release his first album titled, “Concrete.”

Prior to COVID-19 and the shutdown of clubs, you could hear 2K Ponce Juno’s records blaring in various clubs throughout the north region.  On March 15, 2019, 2K Ponce Juno released a big project titled EP, “Coolli Bandz,” featuring his hit single, “This Life” which propelled him to be placed on The Takeover Tour, powered by the AAMG family. 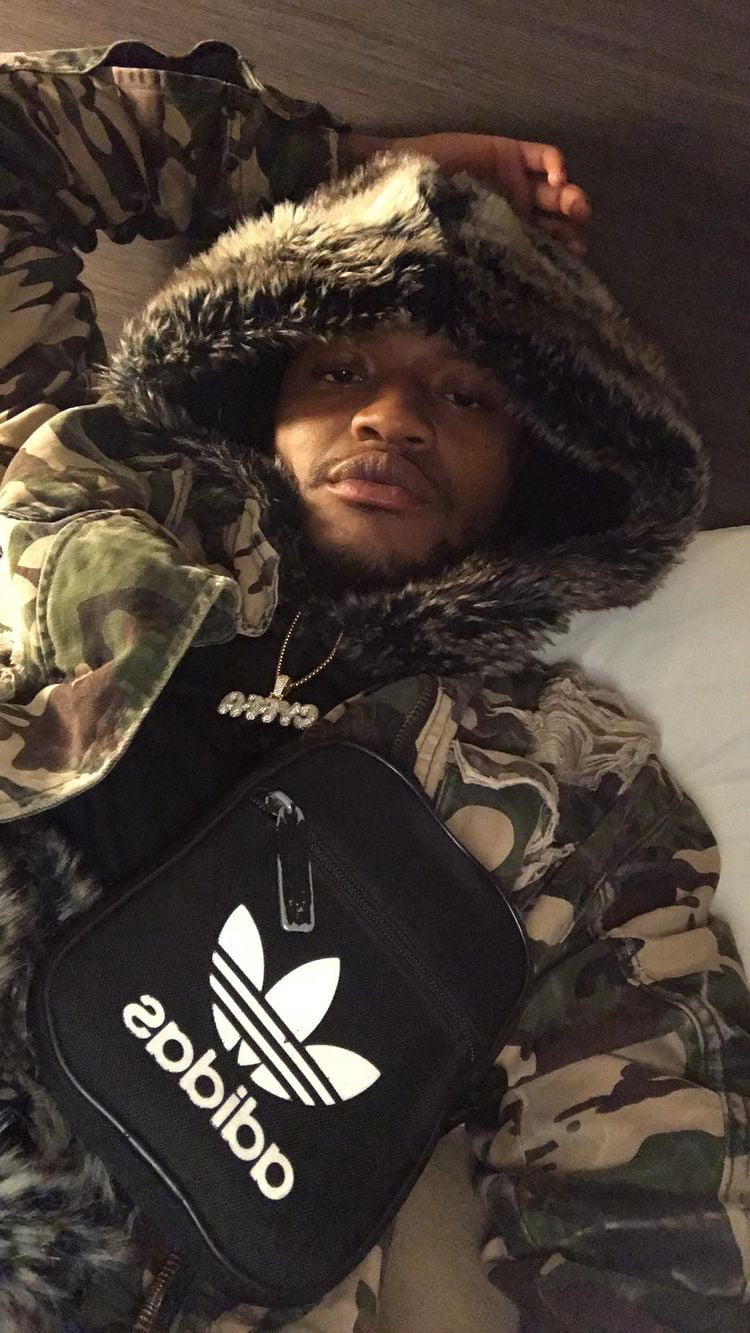 Cyffa Leyenda
A Legend before becoming one is something Cyffa Leyenda has accomplished for a decade now. Cyffa’s been in the game for 11-12 years. At 3 years old the Virginia-Native was adopted into a wealthy strict household. Many rules many expectations No support. Straight out of High School Cyffa Leyenda signed with Alisha “M’Jestie” Brooks (Song Writer of RIHANNA Pon De Replay & more. After a year and half Cyffa was released off the label because M’Jestie felt he was going to be much bigger. As Cyffa grew his expectations did not go along side his parents in result he was kicked out at 18. In 2015 Cyffa opened up for Rah Digga at Shakas Live bringing an enormous amount of energy through-out the crowd. Later on that year Cyffa performed at S.O.B’s “Where Legends Are Made” in Manhattan, New York City. This was paid trip, paid luxury hotel, food provided and Backstage access free from the founder of the LiveWire Ent. This was Cyffa’s first time in NYC and lived it like a star. 2018 Cyffa had hit single ran 150k streams on soundcloud and not to mention opening up for Megan Thee Stallion. Cyffa drew 100k people on his Instagram the day of the show. Cyffa was able to meet Megan, took a pic and connected with her manager. 2019 Cyffa was a dancer in one of TEK’s featured music video. Today Cyffa has released his new single “Fineto” with Dela Wesst “500k on Tik Tok” (Prod. YoungFrenchy808 & Its64boy) Distributed by Empire and has many more celebrities on board with his future mission.
Related Topics:2k Ponce Junohip hop artistNew York
Up Next

Three Values That Has Kept Akimbo2x Focused On His Music Career 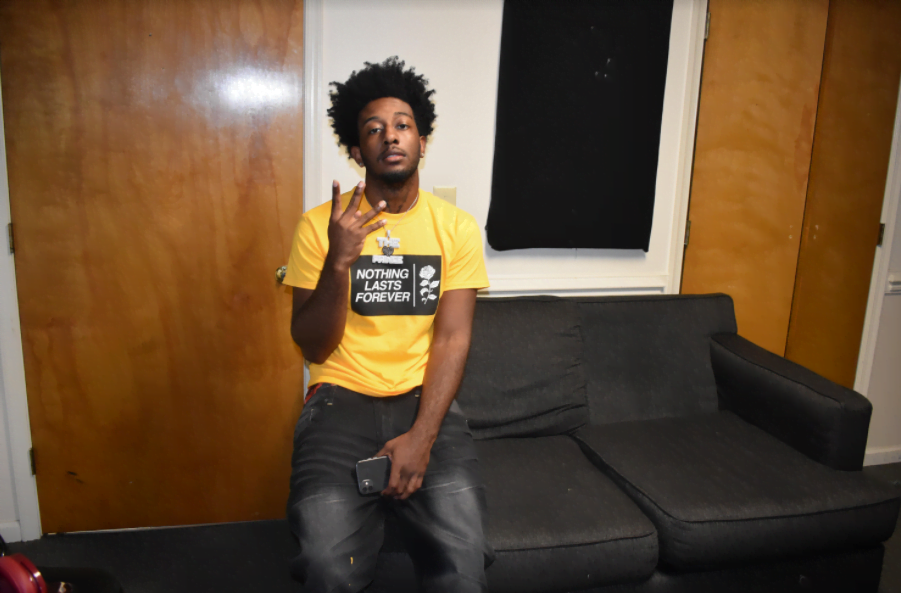 Theprinceofnc was interviewed by Big Mouf Media last month and he claimed he can beat any rapper in a one on one fight for $1000.
The US musician explained that the only reason he said that is because most of these people who are acting tough can’t really fight. People like to diss in tracks but be a different story in person.
Speaking to Big Mouf Media during an interview , he said “I can beat any rapper in a one on one fight, set it up because these rappers are not built like they say they are. “ …. Its different scenarios where someone will pull out a gun or you will more than likely get jumped.
The Musician, who previously had backlash for pulling out a gun for almost being jumped in Raleigh , is also known for pulling out guns during an altercation. He also has explained that people don’t seem to be telling the truth in there written rhymes and its all for entertainment.
The Musician also recently addressed accusations that he ran from someone when he was about to get jumped . All accusations are false .
Some people online called him out for his statement claiming he can beat any rapper for $1000 . Many rappers got offended and feel like they can put up a fight.
Meanwhile, he recently joined Chap Instagram and declared that he will set up a rapper boxing organization.
The Idea of rappers boxing came from Soulja boy and Famous Dex who was supposed to participate in a rapper boxing match. The idea of rappers boxing is to settle any problems in the ring and not resulting to guns and street violence. Watch Theprinceofnc Interview below!
Big Mouf Media Interview: https://youtu.be/fdSsKYN9xj0 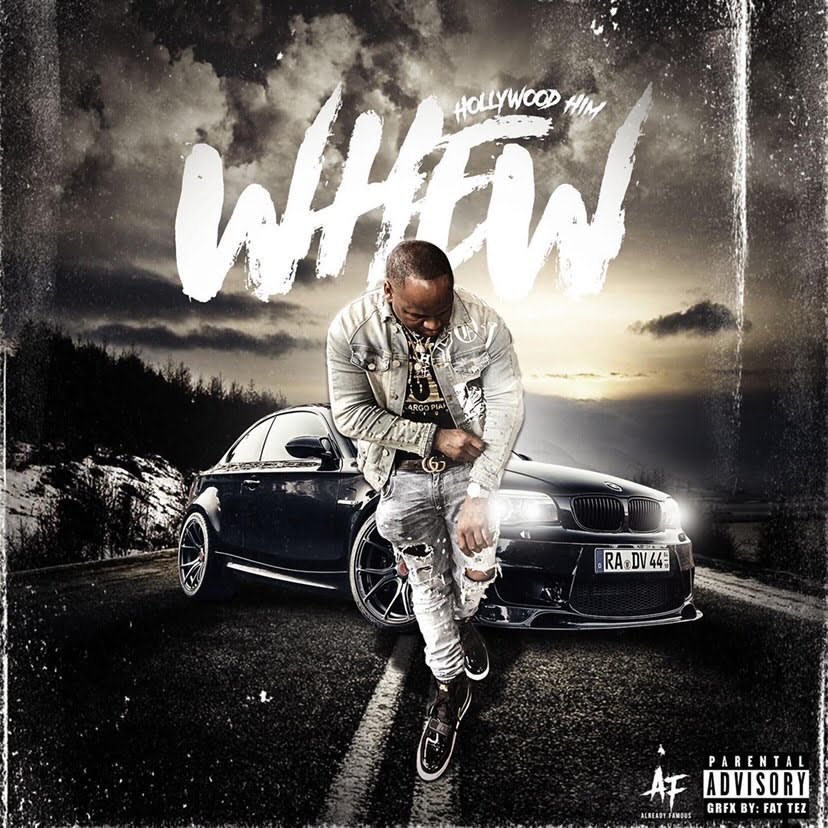 Hollywood Him is an on the rise music mogul from east coast. This artist is not only known for making amazing music, but for bringing up some of the areas best hidden talent. Hollywood him has a label called “Already Famous” that has an umbrella of versatile artists underneath it. Hollywood has been ringing bells in his area for his latest release called “Whew”. This song is fun, catchy, gritty and a whole vibe that makes anyone who hears it sing. Any project he drops is professional and of amazing quality. His latest visuals are on youtube and “Whew” will have a visual releasing to it as well.

Hollywood him is moving militant and making sure marketing his single is at the forefront. This song is a pure hit and can definitely top the charts once it starts circulating to the stations and DJs. Even though Covid-19 has slowed down a ton of events that ultimately help artists get discovered quickly Hollywood him is still finding events to take part in and make sure his label does not become stagnant. Recently Hollywood performed at a venue with some of the areas best artist including Rocky. The song “Whew” has been picking up and traveling along the east coast. A few individuals have even created a dance for the record.

Make sure you stream this record. Hollywood Him is making a name for himself. Join his journey and be sure to follow his content and stay up to date on more new releases. A Music Producer Popular Among All Crowds

Fulfilling the demands of all your fans sounds like a dream of most of the musicians out there. But it is one hell of a task to accomplish. One needs to be flexible enough to incorporate new tastes and aspirations into his personality. Besides, he also needs to have a thorough knowledge of different music forms and the related instruments. Chris Burke is a humble, talented, and well-versed music producer, DJ, and songwriter who has made his name known in almost all the music genres. The credit to this goes to his thirst for learning more, regardless of how much he has already accomplished. Alright, so the story starts from back when little Chris was 16. He went to a concert of Foo Fighters, with his father, in 2007. There he got lost in the music. Seeing the crowd all charged up and jumping on the beat, combined with the intense lyrics, really made Chris wonder, how come all this happens? To get an answer to this question, Chris decided to jump into the game himself.

Well, Chris is an engineering graduate from North East Scotland College, Fraserburgh. And to your surprise, he has also done PR work for The Garage in Aberdeen. He was running his recruitment agency for quite some while until he decided to become a full-time musician. It was not that the business was not going well for Chris. It was quite profitable. The reason why Chris left that world and jumped into this utopia of performing arts and music is its creative factor. You get a sense of accomplishment when you create a unique art piece or compose a new symphony.

Anyway, once Chris had decided to focus on music, quite early in his life, the next dilemma was deciding where to start? After quite a session of mind storming, Chris and a few of his friends decided to gather up and form a band to give their musical aspirations the shape of reality. The band was named Cold California by these creative teens. As Chris used to listen to Eminem, Bruce Springsteen, Nirvana, and Biffy Clyro from an early age, by the time he was in his mid-teens, his taste has already been pretty mature. It is the reason that although the band constituted of merely these teens, it still started getting popular among the fans of all age groups. The second reason behind its popularity and massive acceptance was its originality. Although Chris and his friends got inspired by the legends mentioned before, it was made sure that all the songs and albums they release must be a hundred percent original content. The lyrics, composition, symphony, they did everything in-house. Eventually, by 2017, they were that much-praised publicly that they started making money through Cold California. Performances, concerts, and events became a routine for these boys. Even at that time, Chris decided to change the taste a bit and released an album, Wanderlust, in collaboration with David Chappell, under the name of Tenaya.

One day while scrolling down through Bebo, Chris came across a song by Calvin Harris. You would have heard about him and listened to at least one of his songs, even if you are not that big of an admirer of EDM. Like it was meant to happen, Chris got so inspired by the tracks that he decided to try this genre himself. Before this, he was doing pop and country. This decision, besides adding a lot to his technical knowledge, also broadened his creative horizons. With electronic music, the possibility to create something new and innovative becomes sky high as you can create your sound effects, vary their intensity, pitch, frequency, and whatnot, and plenty of other stuff. As a result of his sheer devotion and passion for EDM, his singles, Space and Time, Dreamers, and Never Really Liked You, made new records. Tiesto himself played his single, Never Really Liked You, in one of his radio shows, Club Life.

The way Trance entered into the life of Chris is also not that different. He was spending his vacation in Orlando, Florida, in 2019, when he went to a concert where Gareth Emery was performing. That was the moment he got deeply inspired by Trance. You know, its whole vibe is different! The calmness and the soothing effect it leaves on your mind and body is out of this world. Again, besides being impressed and influenced, Chris decided to give it a shot as well. This time, he collaborated with Eximinds, a Russian record producer, and released The Night in the March of 2020. The response on it was pretty encouraging. It made him produce more trance tracks. Hence, he is also currently working on his new project Hey Child, to release on Tribal Tracks. So, let’s see how it comes out to be!

Abdullah Raaj is the founder of Ventures Bite, a global digital marketing agency. He is a serial entrepreneur and an expert in the field of Development and Marketing and is considered a “Marketing Specialist” by his peers. He is a columnist for Thrive Global, Disrupt Magazine, Kivo Daily, The Influencer Age, and other world-renowned publications.

Ritzer’s Hot Honey Is Taking Over The Market.

Snowdaddy: Is The Next Hottest Artist