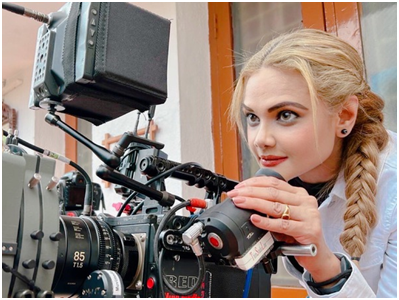 A producer is the one who starts and ends a film. A producer’s responsibilities include writing, casting, directing, and editing, as well as funding, marketing, release, and distribution of a film. They are notorious for being jack-of-all-trades, with little distinction between different titles. The most fundamental job description is that of a problem-solver: a film producer is responsible for planning, arranging, overseeing, and managing a production, which can be a television show, a film, an online series, or a commercial video.

A good producer is responsible for ensuring that the required resources, logistics, and infrastructure are in place so that everyone else involved in the project, creative process, and production can do their jobs. Because the producer is in charge of a little bit of everything, he or she is indispensable. Ideas mature, scripts are produced and perfected, funds flow, talent is drawn to the project’s vision, contracts are signed, personnel arrives, and production schedules are made up, all thanks to them. There are some young folks that are coming into this industry and are doing incredible work. So we’ve compiled a list of some of the most talented people who have recently entered the profession and risen to the top of their fields. Take a look on who these amazing people are.

Cynthia Lourde is a playback singer, an actor, and a film producer. She was born in the United States and isperhaps the most well-known, in-demand, and consistent producer today who also owns her production house called ‘Cynthia ProductionHouse’which is based in Ashok Nagar, Chennai, India. Through this company, she has showcased her extraordinary talents. Cynthia’s film, MatramMunnetram, is currently in pre-production and will be released with the help of her own production company.

Zachary Quinto is an actor and a producer. He was born in Pittsburgh, Pennsylvania, where he attended Central Catholic High School in Pittsburgh and graduated from there. Along with making a great name in the acting industry, he has now been working as a producer. Zachary Quinto is also a founding member of ‘Before the Door Pictures’, which is a production company that works in cinema, television, and new media projects.

Jordon Prince-Wright is a director, writer, producer, and executive producer who is only 19 years but his works look extremely promising. He started his career in the industry while still in high school. Jordon has built an impressive resume that has served as the cornerstone for Prince-Wright Productions, WA’s largest independent film studio, which he founded himself. Jordon will indeed be held in high respect in the near future, based on the positive comments he has received from numerous experienced film production firms, crews, and actors with whom he has worked.

These are some of the best upcoming producers who bring order to chaos and transform an idea into the best film possible. With a smooth and fast production process, their realism brings artistic visions to life.