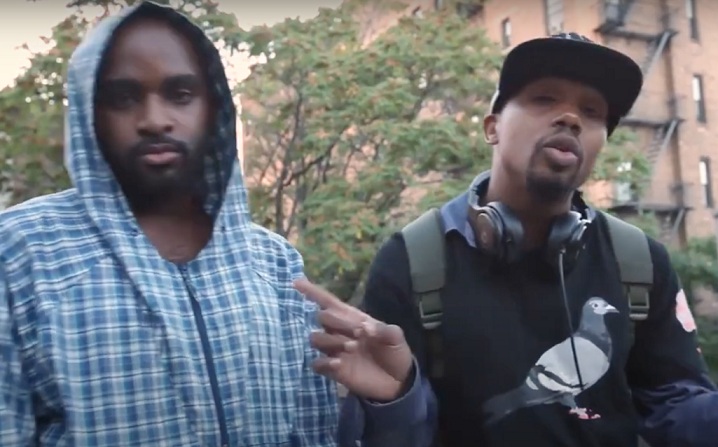 Today’s release is from Internationally known Hip-Hop Duo “3rd Eye Magic” aka C. Young & Charles Hamilton. These two have been influential contributors to the blog era of hip-hop, were both signed to Interscope in the past, were featured on many major publications, MTV, Cannes Film Festival, Sundance Film Festival, Coachella etc. Individually C.Young and Charles Hamilton did nationwide tours with a range of different styled artists such as Lupe Fiasco, Mickey Avalon, Shwayze, LMFAO, Rita Ora  and many more. 3rd Eye Magic just released a dynamic discography drop containing 8 albums of music.

After appearing on XM Radio’s Shade 45 on “Sway In The Morning” back in 2016, there was a major anticipation in the air for what 3rd Eye Magic could become. Fusing together hip-hop purism, psychedelic concepts and high level lyricism, their debut album “Abracadabra” was considered a classic amongst fans.

They would go on to release several more projects throughout the following years then suddenly all of the 3rd Eye Magic music disappeared from streaming platforms.

With no explanation for why this occurred, fans were left frustrated and confused.

Fast forward to today, 3rd Eye Magic has officially re-released their discography onto streaming along with brand new album(s)and a two song music video for “Never Give Up” & “Disloyal”.

You can stream all their music on their brand new artist page: https://open.spotify.com/artist/7v4nOvug8XGWS44P2bjRfz?si=19COWEpxQdGMcfOFvnr3kg

With a unique style, a particular mystique and a clear passion to create a lot of content for their listeners, 3rd Eye Magic is bound to become 2023’s next breakout act.