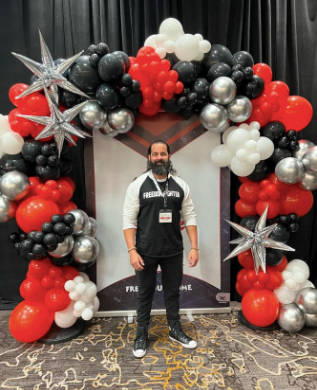 One recent event which took place at the Marriott Hotel in Phoenix Arizona, has caused a huge buzz among the loyal fans who attended it. 3T Events Presents: The Freedom Conference, hosted by internet celebrity Coach JV, brought together a huge crowd of people from around the world. The event was also streamed live online. The conference was focused around a variety of topics including crypto, mindset and generational wealth building. Impressively, this was the first major event organized by 3T Events.

The two day event featured expert panels, as well as a host of high profile speakers including the event host Coach JV. JV, who is an entrepreneur, investor and mindset coach, rose to fame when his videos on TikTok began going viral. The much loved star now has almost 1 million followers on TikTok.

Coach JV’s keynote speech centered around teaching attendees how to create a wealth based mindset, how to understand vibrational frequency and how to understand that money is a currency, which flows to you based on your vibration. He shared his emotional story of overcoming drug addiction and a suicide attempt with the audience, many of whom you could see were visibly emotional themselves. JV also introduced the audience to his entire wealth building team of 27 individuals from around the globe, who shared their wisdom with the audience.

Speaking after the conference took place, Coach JV told us that the goal of the conference was to help attendees see the big picture of creating generational wealth and not just focusing exclusively on one thing such as crypto. He said ‘‘we wanted to help them to look at their finances at a different level and show them how the elite get even wealthier, during these times’’. He added ‘‘the feedback we received from the attendees has been amazing! They loved the depth of conversation that we dived into and they told us that they already cannot wait for the next event!’’

The next Freedom Conference event is expected to take place in spring of 2023.