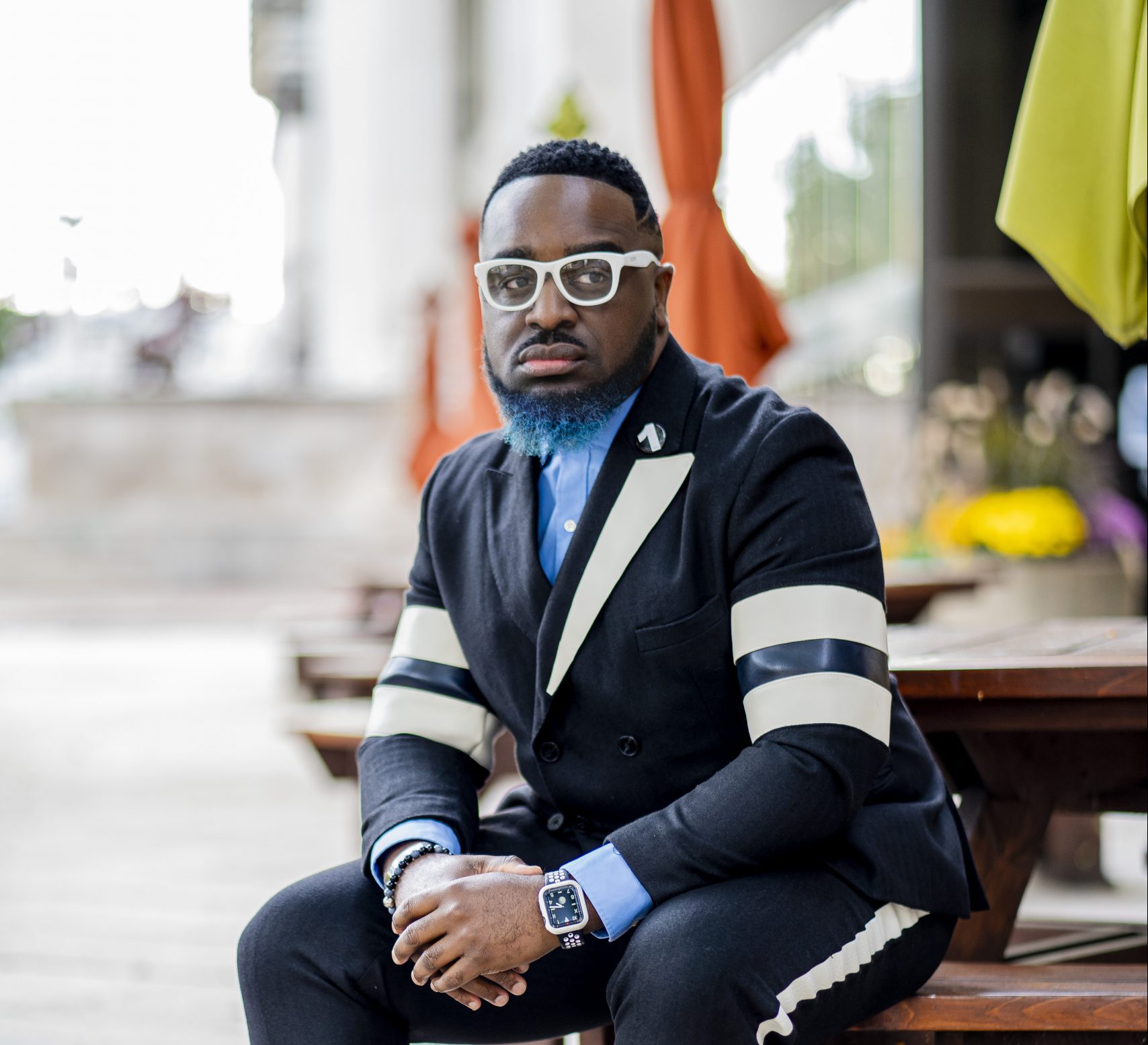 Have you ever thought about the environmental consequences of the fashion industry? Recently more and more individuals have become concerned about the negative connotations of fast fashion and have been moving towards recycling, reusing and reducing. Although a major part of environmentally harmful behaviour can be contributed to rising patterns of consumerism as well as the companies which feed into it to make greater profits, a part of the responsibility also falls upon the shoulders of those who design clothes. Justin Haynes is one such ready to wear designer who has accepted his duty and risen to the challenge to create sustainable clothing and do his bit against fast fashion.

Hailing from Springfield, Massachusetts Justin Haynes has been interested in the world of fashion for a long time and now even has his own brand by the name of JUS10H. He has taken his brand to places far beyond what most designers can ever think of and has exhibited his collection at Paris Fashion Week, New York Fashion Week, Los Angeles Fashion Week, Miami Fashion Week and Milan Fashion Week. It has been more than 13 years since he began sewing. Justin Haynes recounts the story of how he learnt to sew, “Jessie Daniels (Ms Jessie) taught me how to sew in 6 months.

I sat in her basement every day for 6 months.” It has certainly been a long way since that initial point and over the years Justin Haynes has found his own style. Justin Haynes has always been a fan of upcycling and makes his own patterns breathing life into them with his own hands. In particular, Justin Haynes works with a lot of old vintage fabrics which he repurposes to create new pieces which strike out from the monotonous clothing we see on most day-to-day wear.

Recently Justin Haynes is touted to be working on a new line under JUS10H known as Onyx. A blend of luxury clothing with classic designs Onyx will have a vintage feel yet be suited for daily wear which is nothing short of a tribute to the original JUS10H style. This luxury label is said to be launched in Thailand on Monday and will be followed by a premiere in the form of a holiday capsule collection to be released for the Council of Fashion Designers of America RUNWAY 360.

Recently Justin Haynes was awarded the fourth position on the Top 20 Best Custom Tailors list by Google News. It is quite a feat to be nominated, let alone actually appear on the top five of this list and Justin Haynes is rightfully proud of his accomplishment.

However, this isn’t the first time he has been recognised for his talent and Justin Haynes is the holder of several more titles such as “Best women’s ready to wear designer 2019”, “Fashion and Lifestyle award” from the Black Business Association 2019, “Natural born artist 2019-20” and several more.

Make sure you stay updated with Justin Haynes and his brand JUS10H by following the social media profiles linked below:

Ken Mack & Coach JV Are Causing A Storm in Dubai, Following Meet Up with Fans