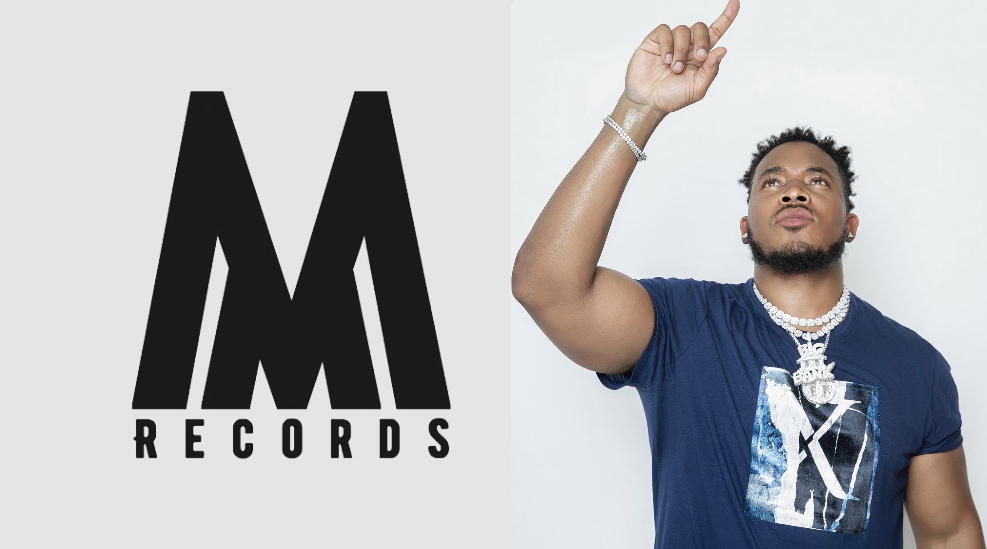 Music producer 6 Points has built his brand by gaining credit from some of the most influential artist in the industry! Working with talent such as Lil Wayne, 2 Chainz, Famous Los, Sy Ari Da Kid, Yungeen Ace and even has credit from shows played on tv channels like VH1, 6 Points is sure to put together a power house of talent on his label right? 6 Points stopped by to tell us more in this exclusive interview!

6 Points! Let’s talk MVM Records, what does the acronym stand for and is there any extra meaning behind it?

Yeah MVM Records stands for Most Valuable Music Records. Since I go by “6 Points” I wanted to keep the theme sports related. I was going to call it MVP Records for Most Valuable Player Records or HOF Records for Hall Of Fame Records but, neither of those had a good enough ring to it. So I thought what about MVM for Most Valuable Music Records. It made sense and I liked how it sounded, so I ran with it— But, it keeps the same emphasis as an MVP or HOF meaning we have to be ELITE with the music we put out. There’s a certain standard we must uphold. We want to make every song just as good as Michael Jordan or Tom Brady wants to win every game!

Who’s on your label MVM and talk about them a little bit for the viewers.

Yeah so right now at MVM we’re working with a few different artists.

“Angeline” is a Smooth and vibrant sounding singer from Canada that will always set the mood right for the occasion. The 1st song we released together was “Boyfriend” in May of ‘22 and it’s currently over 120k+ streams on Spotify. It also was selected to be in the movie “Run” that is currently out now on Amazon Prime and Apple TV. The movie was directed by Jahmar Hill. Angeline’s 2nd single was called “John Dough” which is a gritty hard hitting R&B banger! It features Grammy Nominated singer Kevin McCall and is almost at 100k streams on Spotify. Angeline is definitely going to be one of the special ones that will kill it in the R&B/Dancehall lane for many years to come. Her sound is a very soft melodic and soothing sound that listeners are going to want to crave more in ‘23.

We’re also working with Los Angeles’ very own “Pupon The Don”. We just dropped his debut single called “Run Me Mines” right before Christmas and it’s starting to pick up some steam! I feel it’s a real classic record that will have listeners feeling inspired when they listen to it. I’m so proud of Pupon and the work he’s been doing since I met him. I feel he has a very bright future ahead of him. He’s set to make some real noise in ‘23 as well too! His range of Alternative Hip Hop to Country is what really makes him a special individual.

“Myk Lee” is a guy you’re going to need to tune into as well out of Tampa, FL. His versatility going from Slow R&B jams to fast uptempo Trap/club music is what makes him very unique. We released his 1st song in the summer of ‘22 called “The Weekend” and it’s currently over a whopping 220k+ streams on Spotify!! That song is perfect to set the mood right for the bedroom or if you just want to relax and hear some nice R&B slow jams. Stay tuned for what Myk has cooking this year!

We really want to create moments in time with our music. The goal is to make undeniable music that lasts forever. As long as we keep putting in the work then we can only achieve what we’re striving for. Buckle up for an exciting run this year. It’s going to be a fun ride!

Do you believe in developing an artist as a producer is key to success?

Yes, I feel developing an artist is essential on becoming a big time producer. It’s easy to make amazing music with a top artist that everyone knows. But to build with an artist from the ground up is definitely going to always hit different every time. That’s also how you build longevity as a producer in this game. If you can turn nothing into something and it becomes a household name worldwide … That’s priceless. That’s how you gone down as one of the greats. I wanna be one of those greats so I’m doing everything I can to give myself the best chance at making that a reality.

What do you think makes a record label a “power house”?

Right now there is no timeline at the moment. We believe you can never rush creativity if you want longevity. So we’re taking our time and making sure we continue to put out quality music the people will love.

Are you looking for new talent to add to the roster on your label?

We’re always on the lookout for new talent. Whether it’s artists, songwriters, or producers if you’re dope were interested in seeing what all we can do. Everybody eats B!