Amiotalio Creates University to Expand Expertise into the Metaverse 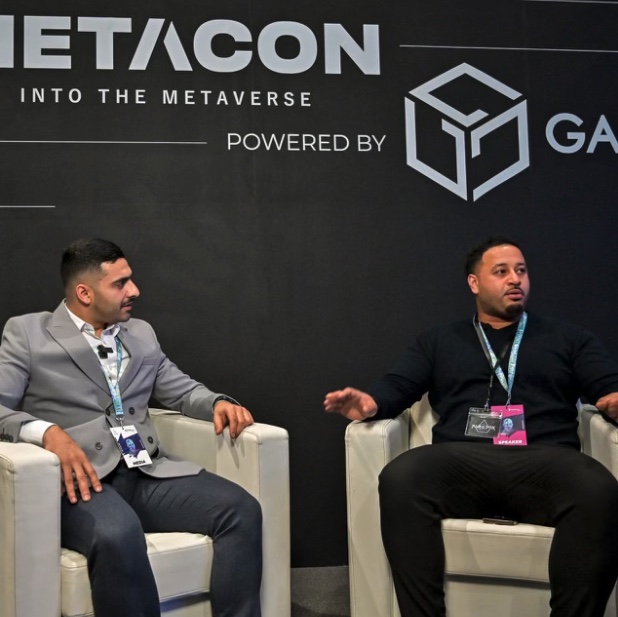 It wouldn’t be a stretch to say that social media influencers dominate modern society. These social media celebrities have captivated the world on Tik Tok and Instagram. Many seasoned marketers are now convinced of the effectiveness of influencer marketing thanks to their notoriety and large fan following. Modern consumers frequently rely on their favorite social media stars for advice instead of placing their trust in brands. But the general public is unaware that these internet celebrities accomplish much more than simply securing endorsements. These personalities are vital in educating the public about important issues, knowledge of which may enable individuals to succeed in their life. In light of this, it is reasonable to acknowledge and embrace the fact that social media influencers play a far more important function than is generally thought of.

One name stands out among those of these influences and merits special attention. He is a man of integrity who never backs down from speaking his thoughts and is at the forefront of enlightening the public about cryptocurrencies. The British-born Amiotalio is much more than just a luxury hoarder and social media influencer. He is recognized for his incredibly astounding collection of cars and watches. He is a prosperous businessman who also educates individuals who are not aware of cryptocurrencies and NFTs.

Today, a lot of people are working persistently to build numerous revenue streams in light of how people dealt with the severe economic crisis during the COVID-19 pandemic. Crypto and NFTs are, of course, one of the opportunities for producing additional income and accumulating wealth today. Many people have been able to become wealthy because of these two tech-driven investment strategies, but there are also many failure tales that have resulted in people losing all of their life’s assets. Knowing the market and all of its intricacies is essential for success in the realm of crypto investing. It is necessary to have a platform that can educate users on the market’s ins and outs and enlist those who are unfamiliar with these investing possibilities. Amiotalio steps in at this point to make sure the word gets across to as many people as possible.

In an effort to assist people in achieving financial success, the social media celebrity created AmioTalio University. He focuses on assisting everyone looking for ways to make money through nontraditional methods, like a 9-to-5 work, by helping them make the best cryptocurrency investment decisions. More frequently than most individuals think, fraud occurs in the crypt market. Many people have been forced to the brink of bankruptcy and even below the poverty line after falling prey to fraud and scams. Through his work, Amiotalio hopes to change that.

Not only does Amio give advice on cryptocurrency but also on how to crush it in everyday life! He says, “Don’t stop working on your ideas because the last one failed,” spreading the message of hope for individuals seeking financial success.

Amiotalio is a businessman who sold his first firm at the age of just 22. At a time when most people are busy planning for the future, he was not only running a business but also selling it to Uber in 2012 for a half million dollars. A driver app was used by the taxi company. It was intelligent and sensible of him to do what he did with these funds. He made the decision to put this money toward investing in the cryptocurrency market rather than living a life of extreme luxury. He was set up for success by this action. He claimed to have “made $1 million in six minutes and $1.2 million in forty-five minutes trading bitcoin.” Making such thoughtful decisions at this young age is both shocking and admirable.

He has always been a firm believer in technology’s potential. His investment track record demonstrates that he is a tech aficionado. Following the confirmation of 0% interest rates, Amiotalio made millions of dollars buying Tesla during the COVID crash. He conceived of the Paradox environment around this period. The $PARA cryptocurrency, an NFT collection, and a game studio were all part of this ecosystem. Amiotalio established the game studio Paradox Studios with a mind that has unwavering faith in technology. The Paradox Metaverse, a play-and-earn game that will pay players with its own cryptocurrency token, Paradox Coin ($PARA), was created by combining his love of gaming and cryptocurrencies.

Amiotalio is anticipated to change the game in the tech industry by fusing investment and entertainment. He is currently working on developing and releasing his own Launchpad, ParaPad, decentralized exchange, ParaSwap, venture capital firm, Paradox Ventures, and even their own decentralized autonomous organization, ParaDAO. By not only investing in it but also teaching people who aren’t aware, he is unquestionably leading the cryptocurrency market. Some of the top UK rappers, including Mist, Headie One, and many more eminent figures, appreciate him for his strong opinions and unwavering commitment to his moral principles.

Amiotalio is demonstrating to the world that he is more than simply a “social media influencer” recognized for his expensive collection of vehicles and timepieces. He is also demonstrating that he is a man eager to serve as an inspiration for all people seeking financial success.