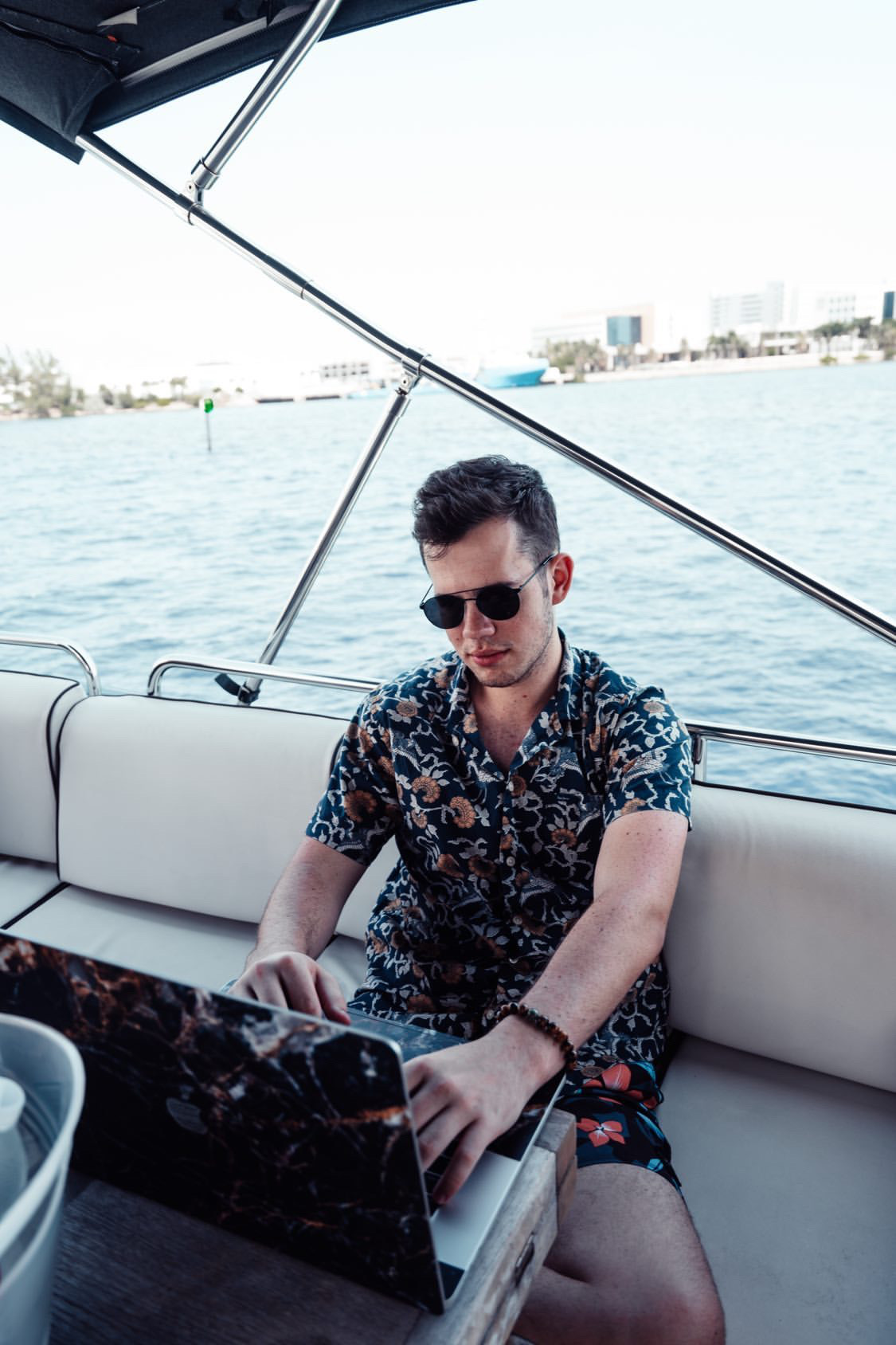 Today, 22-year-old Simon Lerner is a successful entrepreneur earning multiple 7 figures through investing. Wanting to share his knowledge, he started an educational platform to show others how to do the same.

But first, becoming a successful entrepreneur is not done overnight, but through a journey that oftentimes includes many failures.

Simon’s entrepreneurial journey started when he was 15. At 15, he started to sell video games online and found that there was money to be made over the internet.

When he turned 18, he went to college to get an engineering degree. He soon realized that he hated his engineering classes; so, he switched his major to business. Believe it or not, he dropped out of college in the middle of the semester.

He dropped out because he realized that he was not getting a good business education. For one, he was learning more from business podcasts than he was from his classes. Secondly, his professor—despite being a business professor—had never owned a business nor had he ever invested in the stock market.

Simon wanted an education that came from actual entrepreneurs. So, he spent his money on mentors, books, seminars, and anything else that he found useful.

After about 18 months of studying and practicing in the stock market, and $15,000 in losses, Simon finally found his edge and started making a profit. Soon, he was making seven figures from the stock market alone.

So, in order to show others how to do the same, Simon started NetCon. NetCon hosts popular entrepreneurs to speak to the attendees about their business practices. It also has an expanding trading community where individuals are taught, not shown, how to buy.

Many trading communities will have a leader who will just tell everyone else what to buy. Simon saw many flaws to this method as not everyone has the same amount of buying power and there is no real learning going on.

So, he created the NetCon community so that, instead of telling others what to buy, he teaches them the fundamentals of investing and helps them achieve independence in their trading.

Simon explains: “A lot of people get involved in ‘signals groups’ where people post alerts on what stocks they buy and sell, or they just want to copy other people’s trades. Whilst that may work for a short period of time, it’s a shortcut that will not guarantee future success and will in 99.9% of the cases lead to blown accounts and frustration.”

Simon’s journey is not just limited to the stock market and educating others. He has also invested in eight real estate properties, and he is building five new homes from the ground up.Overall, Simon Lerner’s journey is an inspiring one. He has shown what dedication and financial intelligence can lead to. For others who want to follow a similar path, Simon explains that “there are no shortcuts. Sometimes the hard work just needs doing to get to a higher level and elevate.”

Here’s another story of an inspiring entrepreneur.