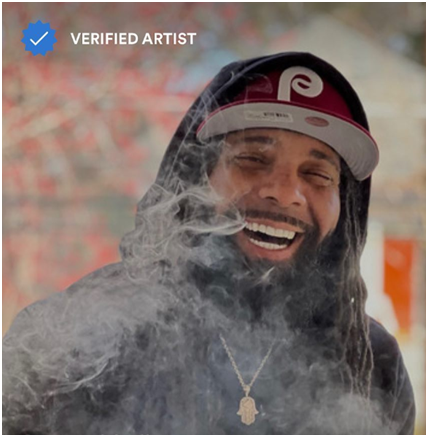 The Key to Success is Inspiration

The bottom line is, ‘to succeed; one needs to have inspiration.’ Passion, in combination with inspiration, help a person fulfill their lifegoals; one without the other will force an individual in a prolonged phase of struggle.

Inspiration – a driving factor that keeps one motivated throughout their journey, bringing individuals close to their destination – is a survival essential. Drawing inspiration from the right source is an essential element in life. It is a factor that helps people set their life goals, develop a vision in life, and plan out their journey. It is a way of embracing change, where an individual aspires to be a better version of themselves. One can source their inspiration from a person, place, or even an ideology.

After leaving a prominent mark as an Entrepreneur, Author, Athlete, Businessman, Social Media Sensation, now Mazayah Legend Andrews is all set to debut in the music industry with his 2 new singles, ‘Where’s my Father’ and ‘Sometimes – Radio Edit’. Both these songs are available on all major platforms including YouTube Music, Apple Music, Pandora Amazon Music, Spotify, iHeart Radio as well. Fans have welcomed Mazayah with positive and loving remarks on both his singles as they are not just like any other song, they are entirely different still very relatable in today’s time.Ultimately, it’s an entire new vibe that has hit the bullseye.

Traditionally, a person’s potential has been judged by how well one memorizes the textbooks and performs in an exam. It is essential to understand that not every individual can perform well under pressure. Perhaps, those individuals whose skills lie in creative arts are often neglected or labeled as ‘not good enough.’ Which in reality, is not the case.

Some individuals are born different and they want to standout in the crowd, Mazayah Is one of them because just like any other artist he would have signed up as an artist under any major record label but he created his own record label by the name of Ghost Gang Records (GGR) which is all set to take the music industry by a storm because not only he would be making his own songs under his label but he would be signing up talented new artists as well. This will definitely help struggling artists to showcase their talent and broadcast it in front of the whole world.

As his loyal fans are excited about what type of songs Mazayah would release in the coming time, he is not only just working on his music but he is also working tirelessly to add up more to his legacy through his entrepreneurial mindset and never-ending hunger of success. With a net worth of whopping $26.3 million dollars, Mazayah is not scared at all and is willing to take all the risks by discovering new ventures, rumors are out there that he has a very big collection of valuable NFTs which he may reveal to the world later on.

As the whole world knows that Mazayah is famous for his love life too and he is always surrounded by beautiful women, recently he started dating the famous Zeus Network star Sashanna “Slim” McLaurin which created big waves through the social media. Fans are excited to see that how Slim would indulge with him and his wives Rosa Zelaya and Stephanie Almonte. These love birds often make funny TikTok videos as well that receives massive engagement and positive response from their fans. Mazayah is always very affectionate towards his wives and daughter and the fans get to see that through his Instagram where he surprises his family with expensive gifts and extravagant vacations.

At the moment Mazayah Legend has more than 122k followers on Instagram and the way his fan following is increasing day by day, it’s not wrong to say that he would be hitting the 1 million follower mark sooner than it is expected. The surprising thing is that his account has been hacked and deleted multiple times but his loyal fans have always stood with him, as soon as he creates a new account his numbers keep going up and up.