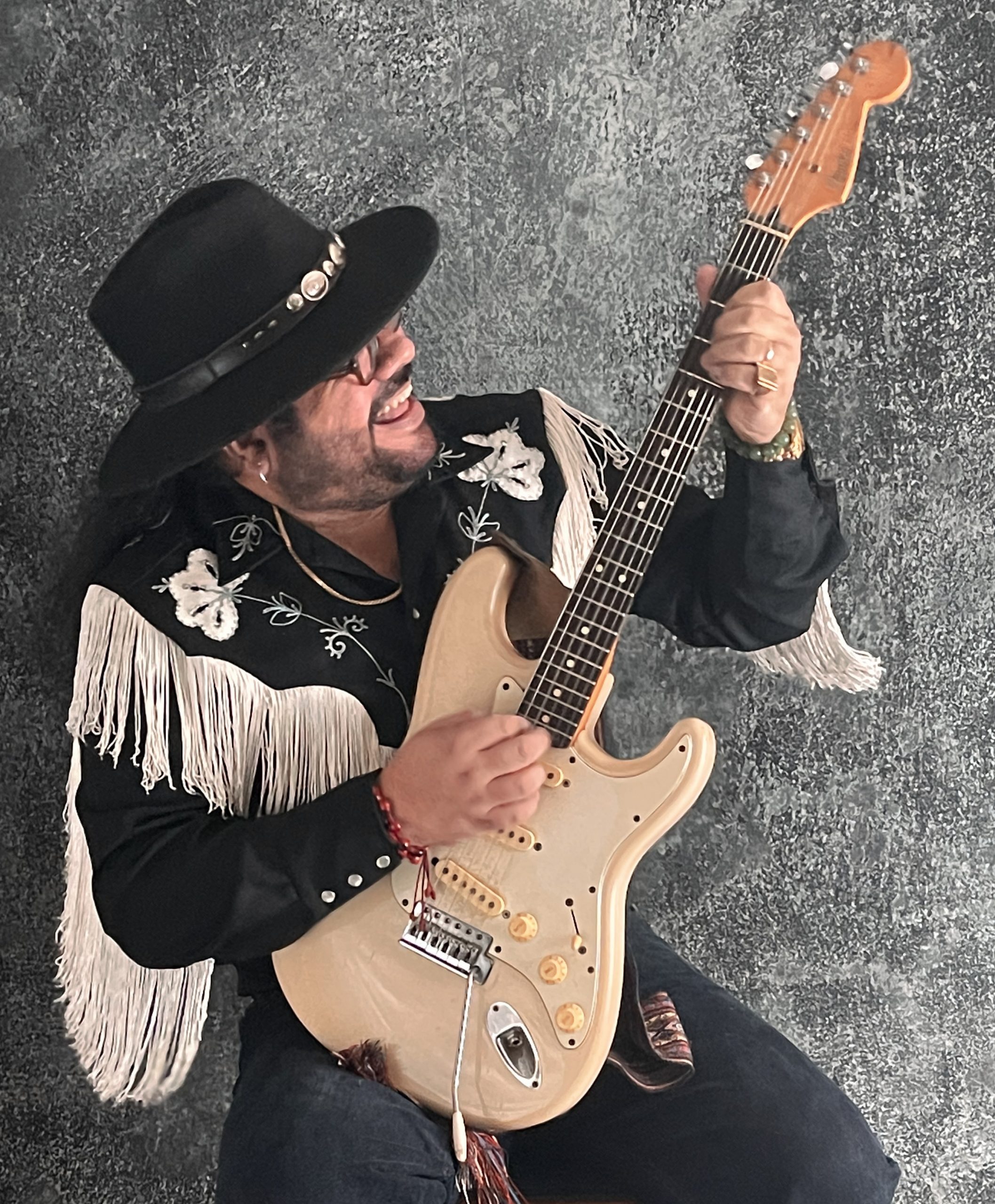 Throughout his 30-year career, Antonio Vergara has amassed several accolades in music production, composition, education, sound engineering, mixing, and mastering in Latin America, the United States of America, Australia, and Europe. His work has been recognized in all of these areas. These honors cover a wide range of specialized areas, including the following: Within the regions of Latin America and the Caribbean, he is held in extremely high esteem as one of the most outstanding blues guitarists and lap steel performers in the entire globe.

Even though he is known worldwide as a musician who plays many instruments and produces music, he has worked with artists who play various musical styles in live performances and on recordings. Sugar Blue, Lurrie Bell, and Sandra Hall are just a few American music superstars who have a history together that includes earning Grammy awards. This history also includes other accomplishments in the field.

Album ‘Once In A Lifetime

Winner of several accolades in the United States, Europe, Australia, and Latin America, the famed international musician and music producer delivers his ninth solo album from England, including fast-paced riffs and performances based on the most legendary blues. The album “Once In A Lifetime” is fantastic. It is well-written, well-performed, and well-executed in every way.

The ten tracks on ‘Once In A Lifetime’ were written, performed, mixed, and mastered by the illustrious musician, who also served as the album’s musical producer alongside Grammy member Argentine Claudia Correa. Vergara’s songs use electric guitar prominently, which is unusual in modern concept albums; this feature adds a beautiful symbiosis of value to the work, particularly while listening to solos in the best Guitar Hero tradition.

To learn more about the album’s songs, please visit the Spotify link below.

In terms of musical production and sound engineering, you can hear a prodigious capture of instruments like a lap steel guitar, which has its roots in the guitar technique called slack key developed in Hawaii and was later adopted by blues, bluegrass, and country musicians as an interpretation of the hillbilly in the 1930s in the United States, and appears on the recording with an updated sound without losing that classic feel of a contemporary sound.

You will have the opportunity to listen to a Theremin Moog, rare guitars such as a Travis Bean, Fenders from the 1970s, 1980s, and 1990s, collectible basses such as a ’60s era Hofner and a replica of Paul McCartney’s iconic instrument, and hand-welded amplifiers from American and English brands to create a one-of-a-kind sonic environment in which a Fender bassman can shine. In addition

Antonio Vergara has been making music for almost thirty years, and throughout that time, he has created a unique musical style that sets him apart from other performers. By tapping into the expressive potential of his guitar, he infuses the blues with his unique and personal brand of creative expression, giving it a sound of his own. For instance, this display of American roots can be seen in the song  ‘Fragility,’ in which the spectacular never lets go of the fiery intensity of the King of rock and blues. Another example of this display of American roots is the American Pie song, which features a medley of American folk music.

Also Read: Charlie Burger: A Music Star Who Rocks the Crowds with His Guitar