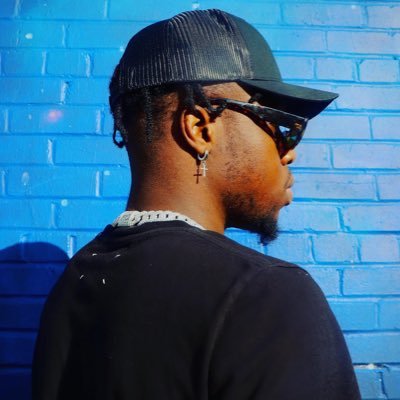 Pull Up was published alongside a music video so that people may gain a better understanding of Arshbro. He began to present himself to us, and he was finally able to tap into his personality’s creative aspect and let it shine through. Setting the tone, he subsequently produced.

Arshbro doesn’t consider himself to be a member of any single musical genre, although he dabbles in practically everything. It’s his swift entry into the scene and determination to put himself out there that I’m most pleased with, says his musical coach. He makes an effort to grow in all ramifications.

Arshbro, please share your story with us. How did you get to where you are today?

Music has always been a part of me, but I never really got into it until last year. I moved into a house with some of his musical friends, and that’s when the opportunities started rising. My friend, who was currently my manager and partner, owned a studio inside the house and recorded and produced music almost every day. One day out of curiosity, I hopped on one of his beats and recorded his debut single, Pull Up. And the rest is history.

Has it been an easy path overall and if not, what were the challenges you’ve had to overcome?

Building a company and a burgeoning music career proved his most challenging obstacle to overcome. Making time for music was difficult for me because of his type-A tendencies and the need for routine.

In releasing the song, what did you find the most challenging? His biggest challenge was putting in the time and effort to create something new. To begin, I sought a sound that would communicate my message to the soul, mind and ears of the listeners but I also sought to infuse it with my unique style and flair.

What was the most difficult thing you had to overcome as a personal challenge in your own life?

My biggest challenge was getting used to the idea of filming a music video and putting himself out there.

Do you look back particularly fondly on any memories from childhood?

When I was in fourth grade, he was recognised for academic distinction at an awards ceremony. As a child, he felt like I was unstoppable and capable of accomplishing anything, and that experience shaped who he was today.

While growing up in a predominately black neighbourhood, he was the only white student in his class, making it difficult to fit in. As a result, Arshbro was also a target of abuse at school because of his uniqueness. The only way he could avoid getting beaten up was to run home at the conclusion of every recess.( this isn’t accurate )

When Arshbro was growing up, his  self-esteem was moulded by bullying.( neither is this )

What do you consider to be your greatest personal assets?

My capacity to create and engage with others is one of my best assets. Being the centre of attention isn’t a problem for me. The fact that I have a good sense of humour also comes in handy when times are tough.

Also Read: Siahh is going to release three back to back albums in the upcoming year

J Breeze: Is Ready To Regain His Buzz Within The Music Industry

This is how Mu Diamonds, never-quitting, showed his utter skills and shut his haters up