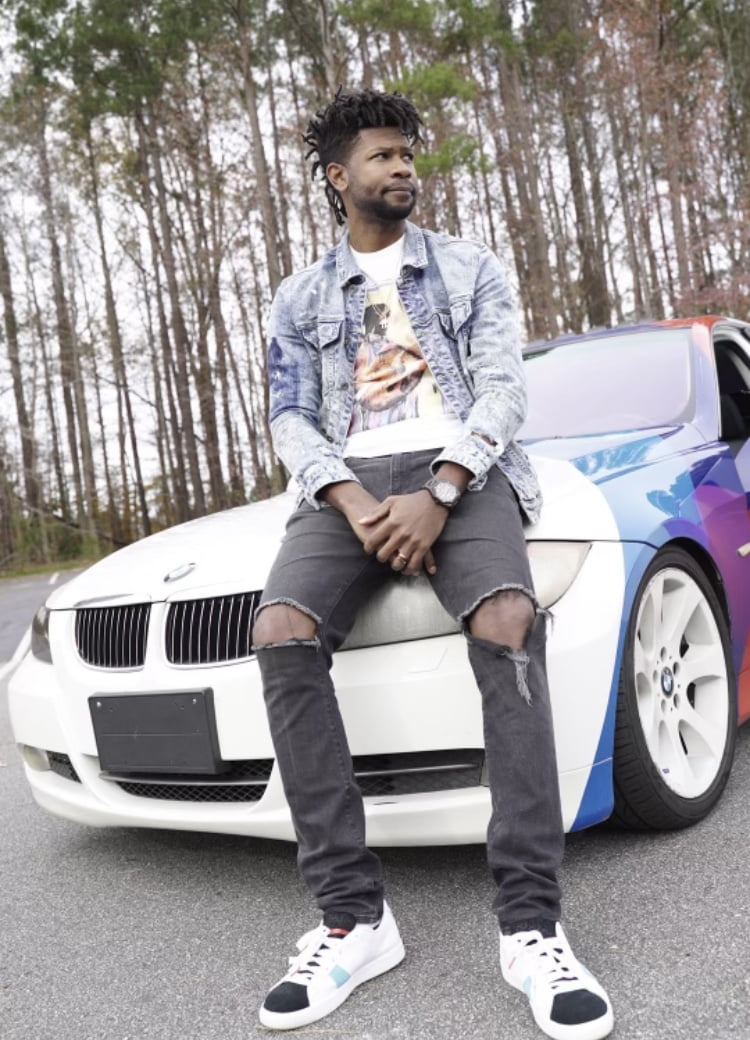 Artist and songwriter Terrell “2.0” Olagbegi is an outlier in gospel music. The Atlanta native’s name even denotes that. The birth of his artistry is closely connected to the birth of his faith; he’s not your conventional entertainer. His brilliance has always rested on his methods to blend unlikely elements into his iteration of gospel music. It’s a perfect marriage of sound and substance, a potent fusion that incorporates trap, pop and soul. From lyrics to rhythm, you can hear elements of influence from Kirk Franklin, Outkast, J. Cole and a hint of T.I., which prevents easy categorization. While most Christian acts shy away from addressing the everyday application of their faith, in addition to the peaks and valleys process of evolving spiritually, 2.0 is bridging the gap between the streets and the sanctuary by providing a pivotal soundtrack.

The prolific storyteller was introduced to music at the early age of 8, with it becoming his passion as well as his purpose. He played the trumpet from elementary school through junior year in high school even earning him a college scholarship. While he declined the assistance, he recognized his natural artistic proclivity. It wasn’t until he attended Morehouse College that he transitioned his artistic talents from a hobby into a career. He became serious about his faith in Christ, which awakened his artistic prowess. While there, he & close friend Taurean Simmons became the gospel rap group “TnT”. The duo blessed a variety of noteworthy stages from the Creation Festival to both the Sweet Auburn Music and Heritage Festivals. They also did outreach work, including the Hosea William’s Feed the Hungry organization with the unified mission of spreading the message of love, peace and righteous living.

In 2015, the group established their record label, Red Slash Culture and placed TnT on a creative hiatus. 2.0 became the label’s first artist. His debut project Moves n Movies in 2016 received critical praise and that same year, the young visionary appeared on Oxygen’s Preachers of Atlanta with music mentor Canton Jones and performed alongside him on BET’s Joyful Noise. His sophomore EP, The Statement, dropped to rave reviews a year later. He is currently working on a new body of work titled 20/2.0, with the first single being “4 My City.” While the name is a play on the metric of 20/20 vision, 2.0 is not only sharing his perspective on life, but also why it matters.

2.0, who is of Nigerian descent, has seamlessly navigated the worlds of the gospel and hip-hop. From charting on Billboard’s Top 200 Gospel Chart and having a hit single top multiple lists on the Willie Moore Jr. show (“Flat Out Hit of the week” and “Flat Out Song of the year 2018”), to having a video featured on World Star Hip Hop, opening up for YFN Lucci and performing at SXSW, 2.0 is a digital age revolutionary.

His music transcends most contemporary listening experiences in the spiritual realm. If you look past the genre classification and focus on an artist who flows like a southern street rapper but is delivering conversational-style messages about theology, he’s enlivening the weariness of traditional gospel. The entrepreneurial-minded creative regularly entertains and educates the underserved of society, frequenting shelters, prisons, and schools, in addition to investing into and mentoring the next generation. “My mission in this industry is bigger than any financial gain or fame, it’s about impacting lives and communities.”2.0, an ordained minister and certified tennis instructor, resides in Atlanta with his wife and three children, with one on the way.