Artist Maybach Stank Sentenced to 50 Years Behind Bars, but Never Gave Up 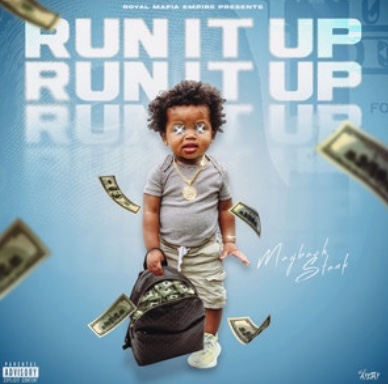 Bystanders will never have the ability to comprehend the depth of pain that an innocent person might have to endure if they were wrongfully convicted. Between 2% and 10% of convicted individuals in US prisons are innocent. In the US prison system, there have been more than 23,950 years that have been served by innocent convicted prisoners.

Take a moment to think of yourself as carefree, living your life with no worries attached to it. A life well lived is a result of hard work, staying out of trouble, and creating the lifestyle you have always dreamt of living. You suddenly find yourself in a situation that ends with your world collapsing and you’re caught up in a nefarious conspiracy that seeks to frame you for a crime you haven’t committed. The fact that you have clear evidence linking you to a family event makes it impossible to suggest that you may have been involved in a crime. During your murder trial, you will have to face the testimony of an unreliable character witness who has changed the version of the story with the police. The situation sounds like it could lead to a nightmare. Quite simply, Pierre Rushing’s story is nothing more than a hard-hitting dose of reality.

On April 15th, 2011 an addict lost his life for allegedly stealing the ipod of an Oakland drug dealer by the name of “C”. An upcoming hip hop artist from the bay, Pierre Rushing, was found guilty of the murder even though he is completely innocent. Most people recall the story of “Hurricane Carter,” who was portrayed by Denzel Washington on the big screen in the 1999 film. Several prison reform referendums are attributed to the film, mainly due to its devoted attention to prisoners who were wrongfully sentenced. As a result, citizens began to form non-profit organizations and ventures aimed at focusing on prisoners unfairly imprisoned. As a result of these actions, they were able to make a real difference, by giving voice to those who were voiceless.

In today’s world, when so much attention is placed on wrongful convictions, DNA evidence, and technology used to properly validate a case, the idea of a system that repeatedly makes mistakes is inconceivable. By running over the lives of human beings and putting an end to long-term prison sentences, we are leaving a wake of destruction within our society. On The JRE Podcast, Jason Flom, creator of The Wrongful Conviction podcast show, mentioned Pierre Rushing’s story as well as interviewed him as a guest. Mark Twain referenced, “Truth is stranger than fiction, because fiction is obliged to stick to possibilities.” This is never so true in the case of Pierre.

Despite the massive blow that Pierre has suffered, he has remained unbroken regardless of its severity. “The struggle you’re in today builds the strength you need tomorrow.” This rings true as Pierre has continued to release music under the moniker of Maybach Stank, while incarcerated. With songs like “Put Respect on My Name,” “Run it Up,” and “No Smut,” Maybach Stank’s EP was released this year. Maybach is attempting to escape a crack-filled environment much like the maze he escapes from during the interlude of “Ace Boogy”. He has started the year with a new EP titled 2022, which is getting a lot of Spotify streams, and is the first of many he plans to release this year.

In spite of this grim story, there is a silver lining which is that the story of Pierre Rushing has been sufficiently told, resulting in an impending release. In order for him to be an inspiration for those wrongfully convicted to “keep their heads up,” he must motivate them to never give up. In spite of the fact that Maybach Stank has faced many adversities in the race to success, there is no doubt that he is one of the artists to watch for this year.

For more information, visit his social media below:

For more articles like this visit: UK Breakthrough Artist Lloyd Haines Picks Up the Pace with Debut Mixtape Matrix