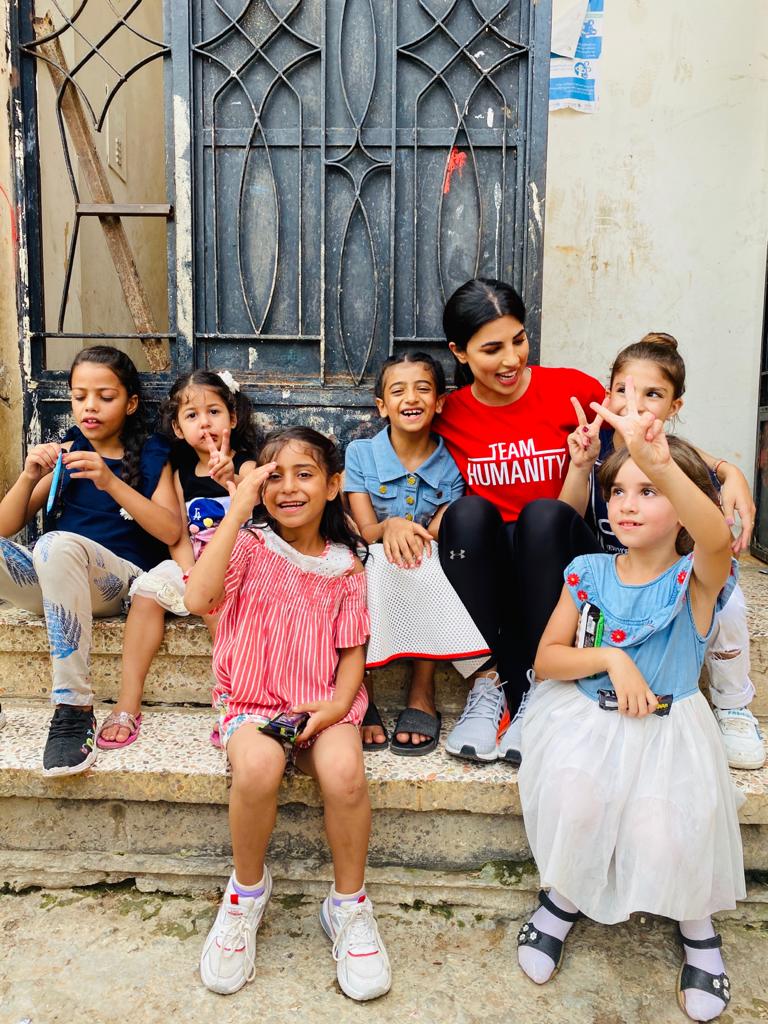 Ayat Abuznade started her humanitarian organization— Team Humanity USA—in 2019 and has since been responsible for some pretty impressive feats such as bussing out more than a thousand Ukrainian refugees when Russia invaded Ukraine.

As always, there is a story that leads up to Ayat’s decision to start a humanitarian organization of her own, and it all started in 2014.

In 2014, Ayat volunteered at the Zaatari Refugee Camp which is located on the border of Syria and Jordan. At the time, Syria was a war-torn country, and many Syrian refugees were seeking safety.

The Zaatari Refugee Camp was one such area in which many Syrians went to seek safety. It was there that Ayat saw a young 8-year-old boy who was “shyly smiling behind several children with a warm gentle sparkle in his eyes.”

That boy was named Yaseen. Ayat noticed that part of Yaseen’s arm was amputated. It turns out that it was no ordinary amputation. As Yaseen and his family were fleeing for their lives, a missile hit nearby.

Unfortunately, the shrapnel from the missile tore up Yaseen’s arm. As a result, part of his arm had to be amputated. Yaseen was not the only child in the camp who suffered from a disability due to the war.

After such an experience, Ayat’s perspective of the world changed. She decided to dedicate her life to serving vulnerable families around the world. So, she volunteered all over the world. In 2015, she was serving in Lesvos, Greece.

At the time, Lesvos, Greece was the “epicenter for the refugee crisis sweeping Europe.” Masses of refugees flowed in daily and the small humanitarian organization on the ground quickly became overwhelmed. There just wasn’t enough help or resources to aid all the refugees.

Fast forward a couple of years and Ayat returned to Lesvos, Greece in 2018 after hearing that it had become “the worst refugee camp on earth.” It was then that she realized that more help is always going to be needed.

Team Humanity USA’s mission statement states: “We are committed to providing humanitarian and educational outreach to vulnerable communities in the US and abroad by responding to major emergencies, fighting disease and poverty, as well as nurturing and promoting human welfare.”

Living up to their mission, Ayat and her team are responsible for a multitude of aid. For example, they have a project in Kenya, Africa in which they create wells in various villages so that they can have access to clean water.

As a result, these villages will have fewer diseases, decreased infant mortality rates, less food scarcity, and more.

Ayat and her team have also evacuated and provided care to vulnerable people and families in Afghanistan and have provided much-needed aid to Lebanon.All in all, Ayat Abuznade’s journey is an inspiring one, and it is no wonder that she received the 2022 Anthem Humanitarian Product Leader of the Year Award.