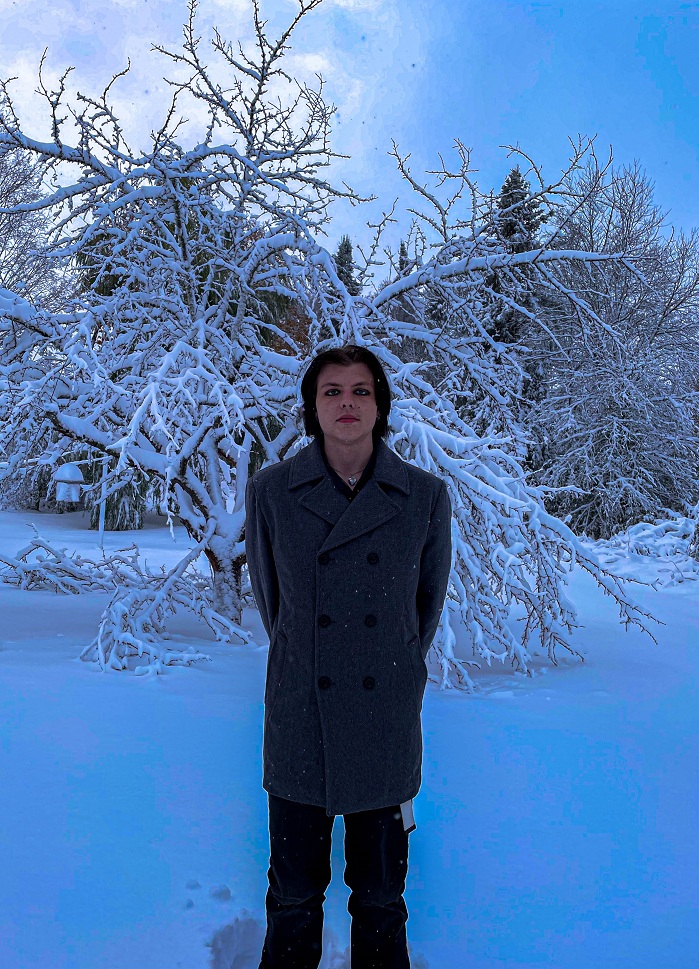 Bam also known as bamblows is an iconic entrepreneur who has liberated an army’s worth of suburbanites with his haphazard art. In a generation of self censorship he pulls no punches and crosses all lines. Burning American flags, self mutilation, bans from cities, and fan letters written in blood don’t even begin to scratch the surface of this pied pipers notoriety.

So where do we begin? How about a few minutes ago, when I pressed play on my iPhone 13 to watch the footage from my night with Bam and heard nothing but silence, sort of like trying to see a vampire in a mirror. Or we can start in 2018, when I kicked a hole in my bedroom door when my parents took my car keys from me so I couldn’t go see Bam live. Or we can start with the fact that Bam has now returned to social media after a year long hiatus. There were even death hoaxes going around during his absence. Or maybe we should begin with where we began: God, which Bam is basically considered to be by his legion of devotees.

As the winter wind howls I walk through the snow up to my knees and knock on the door of his seemingly normal lair. Bam opens the door dressed in a white button up shirt with a black vest like he just came back from a wedding. Inside feels almost as cold as the outside, “18.3C, hospital  temperature.” He replies when I mention cold. I was more jarred by an American’s use of celsius than the temperature itself. “I only drink water.” he states as he hands me a bottle from  the fridge. What happens next is a bit of a blur, but a beautiful one. Bam is high on the list of people I wanted to meet and we get along as well as I prayed to the black dogs of hell we would. After a technological fail with my phone I’m going to have to go off my totally unreliable memory of the night.

The first sentences Bam speaks to me are calming. He sits across from me on a wooden chair covered in paint splatters as I sink into a soft black couch. A couple of his friends walk into a room with a giant white wall that serves as a makeshift theater screen. I didn’t recognize the movie playing but it was in black and white. When I inquired about it Bam just shrugged at me “I don’t watch TV or movies.” he said casually. We’ll talk more about that later.

In the corner of this room are endless paintings. I say endless because there are a lot, maybe thirty, but also because they’re strewn about and stacked on top of each other. Bam is a phenomenal artist, he tends to like portraits of friends, freaks, bastards, and his beloveds; all of them equipped with a duck head rather than their own. His work strikes me as a breathtaking study on the dark, damaged shadow of beauty.

We sit in his art room and I ask him questions while he paints for hours. I play with a purple yo-yo that was sitting on a table, he told me he used to be into them. I play with a knife that he used to sell his soul to Satan. He shows me his most recent finished painting. Bam has been out of the scene for a while, he hasn’t posted on social media in over a year. Although he told me he plans to return to social media before the year ends he is generally reclusive, so I anticipated he’d keep me at a bit of a distance, enclose himself with the moats of the mind unique to hermetic eccentric brilliant avant-weirdos. But he’s actually this warm and wonderful man. Maybe it’s because we’re kindred souls. Or maybe he’s actually a gentle genius that is often lynched for being the voice of diassociated youth. I remember not wanting to leave. I remember him showing me pictures of two cat’s on his phone, the context escapes me. I remember a whole shitload of Taco Bell food showing up. Bam showed me a book with gold leaf pages, it was the complete work of Edgar Allan Poe. His great grandmother that passed away before his mom even knew she was pregnant bought it for him. The story was fascinating but I know I would botch it. I remember many incredible quotes, but naturally the ones I recall are the ones I can’t (won’t) repeat.

Most of all, I remember that his artwork is incredible. It’s all so deep and calculated, perfect for
these insurrectionary, riotous times. Bam has always been the ideal kingpin of the enraged and suppressed, he is tuned in perfectly to the key of generational angst, but there’s also a lingering maturity here.

My curiosity got the best of me and I started asking about his future plans since he hasn’t
performed live since covid hit. “I want to host an art show titled “The algorithm hates you.”
Maybe in Berlin. I need more money first, I also have an idea for a movie. A psychological
thriller.” That last line had me perplexed, for some reason it was burnt into my brain like a brand on a cow. This person who doesn’t watch any TV or movies wanted to make one. That little tidbit alone I think really captures who he is.