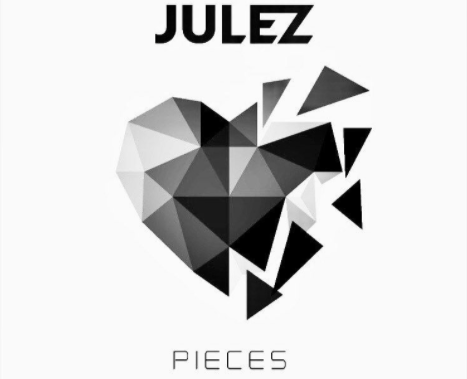 Julez original name Julian Gardner, the great artist behind “Pieces” has announced to drop his next single “Lift me up” in the coming July. He has been working hard on his new songs for months with amazing producer Patrick Hunt and is finally ready to launch his new single. Its hype was growing before it was being composed, with his latest single “Pieces” created a huge fan base that has been demanding and waiting for his upcoming songs. If you are one of them, good news, our wait is going to be over soon.
Julez began his musical career a few years ago. While some were at disadvantage due to lockdown, Julez took full benefit of staying at home and concentrated on making good lyrical music. He is one of those artists who always had a passion for music since their childhood, playing drums from an early age and playing for many bands through his life, then learning to play the piano to start on his new musical journey for songwriting.  He wrote many new songs during the lockdown and Julez is now releasing those songs one by one setting good competition for upcoming artists.Today, Julez is a rising Songwriter, Producer and also Design Director. He has been working for many years now in various top design agencies in London and around the world as a Design Director, specialising in Brand design and packaging design for some of the biggest brands in the world.

Julez Previous Work
Although it is just a start for Julez, he has given beautiful songs to the industry. He began his musical journey as a professional in 2020 when he released his debut single “High & Low” featuring Hunt. It was a fine combo of good lyrics and good electro beats. After that he released his follow up single “Beautiful Mind”. The game changed when he released “Pieces” in May 2022. The song was so good that it made it to the playlist of top songs of the month. They say that the best music comes when a singer is heartbroken. Similar to the case with Julez while writing and composing “Pieces”.“….It was the first of many new songs for me that I started to write that was inspired by an extremely hard breakup in my life and I looked upon music to get me through a very difficult time. The track ‘Pieces’ was written late one evening when I was playing the piano after getting in from a long day at work. The chorus came to me very quickly around the riff……..”  The song changed the career of the artist. It created hype among music lovers. People started recognizing his talents and explored his other tracks. The perfect voice with sweet electro flow give “Pieces” a strong emotional power ballad packed to the brim with heart and passion that made it the month of the song.
Julez Upcoming Work

Julez announced to release his next song “Lift me up” this July. Moreover, he is working on another song “Lovin you” with another artist Bailey Jehl at the moment. Its release date will also be declared soon. Till then keep following Julez on social media. Links are given below:
InstagramFacebookTwitter

Mohamed Bousroud, aka “Mohamxd, Is making headlines with his music work