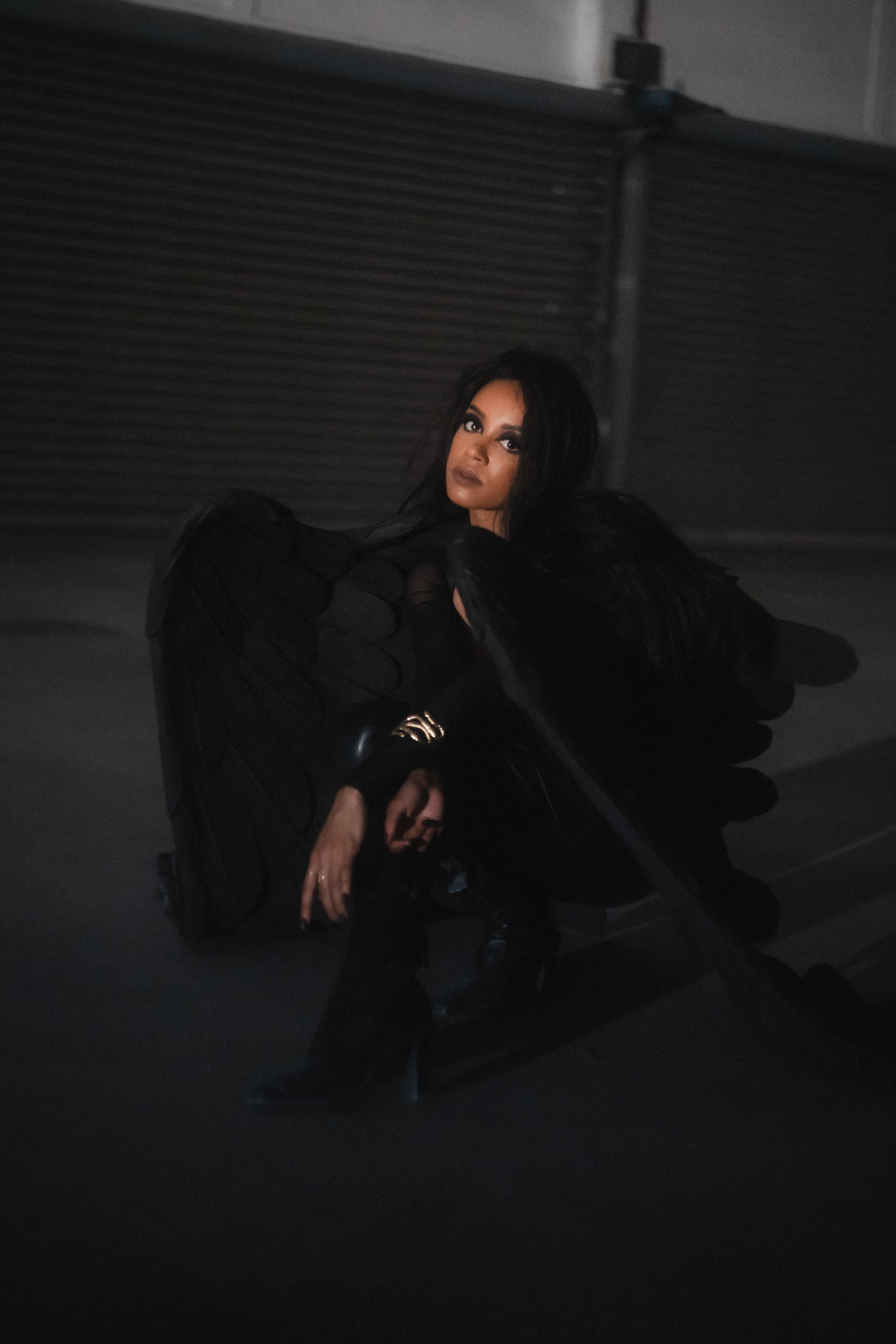 Through her first, self-produced single Fallen Angel, Belgian producer, singer, and songwriter Imelda Gabs is adding her own unique touch to the rich and colorful songs that she creates.

A Daughter of Music

Imelda was born to parents who were professional musicians. Her exposure to the art started when she was little and has then developed into ways where she can fully express herself with her own music.

“I started playing the violin at 4, studied classical and jazz piano at the Conservatory of Lausanne, started singing, and later went towards the amazing world of music production where I finally could express myself the way I’ve always wanted,” the artist said.

Her first live performance was in Brussels at the Palais des Beaux-Arts, during one of her father’s, Doctor Gabs, international tours.

“I was 14 at the time and really nervous about performing at this huge venue, but it was also one of the key moments that made me decide that I wanted to pursue a professional music career myself. It also was my first and last performance with my father before he passed away, so I keep this memory very precious now and feel extremely thankful that I had the opportunity to experience that before he died,” Imelda said.

Other than her first big live performance in Brussels at the Palais des Beaux-Arts, Imelda had another huge moment that occurred a few years ago in 2017.

“I’ve been part of the Montreux Jazz Academy where I had the opportunity to perform one of my songs with famous bass player Marcus Miller. A few months later I got called by the prestigious Montreux Jazz Festival in Switzerland, to perform on their main stage Auditorium Stravinski and open for Lianna La Havas and The Roots, a moment I’ll never forget!,” she said.

The one achievement that the young Belgian artist is the proudest of today is her first self-produced single, Fallen Angel, which she released last November 27 of this year.

“I recorded the vocals at Hanaroad Studios in Switzerland, produced and wrote the music entirely from home. [The song was] Later mixed by Paul Norris and mastered by John Davis, both from Metropolis Studios in the United Kingdom,” Imelda said.

The single also has a music video, directed by the young and talented Dariy Mambetov.

“This video is also one of my biggest achievements yet. it is always amazing to make an idea come to life both musically and visually, and with Dariy it all came together amazingly and I couldn’t be more proud of what we’ve achieved,” the young artist added.

With more successes coming her way, Imelda notes the importance of never giving up.

“There is always going to be a moment where you’re going to doubt yourself and your goals, but it is important to take those negative thoughts and transform them into motivation to get better and work even harder,” she said.
Check out Imelda and her music by visiting her website or dropping by on her other accounts such as Facebook, Instagram, Twitter, YouTube, and Music Streamlink. Her debut EP is also set to be released in 2021.

Related Topics:FeaturedImelda Gabs
Up Next

The Life Of Montyy Bankz

Born and raised in a metropolitan area T2 Muzic comes from Toledo, Ohio. He had a love for music since he was just 8 years old. He was musically influenced by Kanye West, Tupac, Ginuwine, Michael Jackson and Drake. Knowing what it takes to make it in the music industry T2 Muzic found it difficult to get noticed right from Toledo. In 2007 he was back and forth between Ohio and California and in 2013 he decided to pack everything up and move to California. Life for him has just been changing for the better.

This artist not only raps he sings as well! He is kind of like a chameleon in the music industry. Whatever he does he does it with finesse. He has a great amount of achievements to be proud of. This artist has 5 degrees! T2 Muzic has a degree in Psychology, Communications, Math & Science, Humanities and Social Behavioral Studies. This artist is also a US Veteran, honorably discharged. This is an artist that will continue to surprise his audience. Alongside with being talented he is a very intelligent man.

Working hard to get to his major goals T2 Muzic has made quite an impression. He is serious about his craft and continues to perfect it. This very independant and hard working artist writes all his music himself which shows how skillful he is. He has worked with Marc Nelson for Sony Urban as a writer, he has toured with MGK and has opened up for countless platinum artists.

T2 Muzic has been locked away in the studio for the last 2 months and completed 70 songs! Right now he is going to be releasing two new singles every month on the 24th for 12 months and also dropping a double disc Ep at the end of the year. This is one artist you want to keep up with. Look out for his new R&B hit “L.A. Ex” and a Rap slap called “100%” featuring Compton Av & Bootsyano which will all be released April 24th.

Anthony Enzenwa better known by his stage name Tony Yankee is an on the rise artist from Lagos, Nigeria. From the Igbo tribe to be precise. Tony is a computer science graduate raised in Surulere Lagos. His enviornment has played a vital role on his music inspiration. He started his musical career while in secondary school. There he realized his love for hip hop and pop music. He enjoyed listening to Snoop Dogg, Eminem and 50 Cent. Those were his role models. His passion is to connect and impact his society in a positive way. He started pursuing music back in 2006. In the beginning he did a ton of covers and never really released any content, but now he is focused on being heard. Each year his fan base grows and his music improves.

His style and genre is Afro Pop. His latest release is titled “Melody” produced by Bmj. He also has the video out now on Youtube. The song features a Jamaican artist name 1geovanie on the track. Outside of music Tony also specialized in comic content as well as acting. He has had a few roles over the past years. Through his music and work he loves to connect with his fans and bring them joy through his work. This year he is working on his first major album titled #AboutThatTime which consists of 7 amazing tracks. Tony has won artist of the year for his CDs while serving in the north. He has also enjoyed creating his own content, being played on the radio and being paid for his acting gigs. His goal with his music is to chart on Billboard and to win a Grammy ! He says ” consistency is key and understanding your sound is vital, and being patient is also key to success… Hard work pays off.. and being true to yourself helps a lot.. and also working with the right people also helps ones Craft.” Make sure you follow his journey and his success !