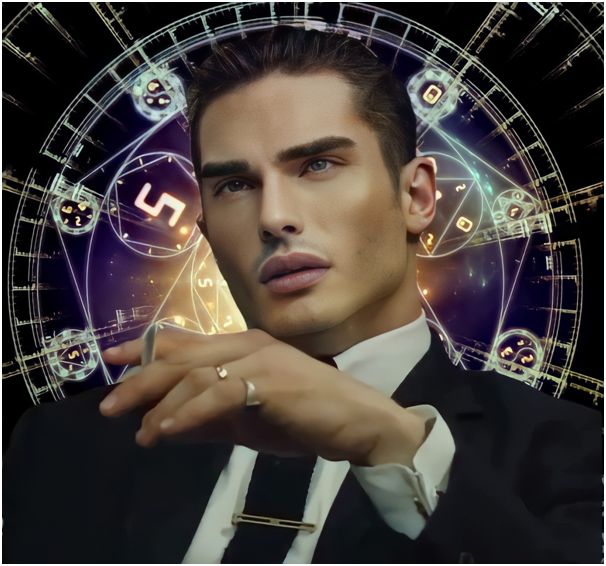 Throughout the history of mankind was Nostradamus, whose real name is Michel de Nôtre-Dame or Miquèl de Nostradama, was born on December 14, 1503 and died on July 2, 1566 considered the most famous seer ever commenting. This French character of Jewish origin was a doctor and astrological consultant, whose prophetic work entitled “The true centuries and astrological prophecies”, was the subject of many controversies in his day, being classified as a fraud, while many others idolized him for his supposed successes.

Seer and futurologist who began surprisingly: he worked as a meteorologist on television and one day could not remember, live, the predictions he had read for the next day; He had to improvise a prediction and got it right.

From that day on, he just gave his predictions that way, improvising, getting far more successes than orthodox meteorologists. He accurately predicted Kennedy’s death in 1963.

Napoleon’s seer. Madame Gilbert taught him the divinatory techniques of etteilla’s tarot. So he set up his own psychic’s office.

In this place, he met three famous people of the French Revolution: Marat, Robespierre and Saint Just, to whom he predicted a violent death. This fact led the authorities to suspect her and she was arrested.

President Ronald Reagan’s private astrologer. This man would reveal in his memoirs that most of the transcendent decisions he made were made according to the astrologer, who always sought to see if the alignment of the planets was correct.

Before the scandal that this revelation supposed, Nancy Reagan, two years later, denied that it would have been so, taking the figure out of Joan.

But Quigley said the press conferences, as well as the presidential plane’s takeoff hours and many other details of the protocol, were set according to the predictions of the stars he consulted.

The truth is that the child, after passing through the hands of the “mad monk”, improved significantly and, from then on, Rasputin (Grigori Yefímovich) would be an important part of the tsar’s palaces. He went so far as to appoint senior government officials. A palatial conspiracy of several nobles ended his life, but killing him was too complicated.

They poisoned him, but he didn’t fall. Then he was shot, but he got up and ran away, terrorizing his killers, who had no idea that a man with too much poison in his stomach and several bullets in his body could keep walking. Finally, they captured him and threw him into the Neva River in St. Petersburg. They were not completely convinced of his death.

American seer who possessed the ability to answer questions on different topics after entering a state of hypnotic trance.

These answers were known as “life readings” and he made them while in a state of hypnosis. When answering, I imagined the state of health of the person who asked the questions.

He is the most famous Spanish psychic of all time. It’s been imitated and it’s still being remembered. Actually, his name is Rafael Payá Pinilla.

In the Franco era, thanks to his supposed skills as a seer, he made many useful contacts that would later serve him to appear on television and participate in the horoscopes of magazines and newspapers.

In the 1980s, Rappel appeared almost daily on a television or radio show. He is also a designer and entrepreneur. For ten years, he was head of public relations at the Florida Park nightclub in Madrid.

Bulgara, Baba Vanga went blind at the age of 12 after an accident, the seer spent most of her life in the Rupite area of bulgaria’s Kozhuh Mountains. It was there where he often gave advice to the neighbors and residents who came to look for him.

Despite much speculation and lack of evidence, she became famous for several events she supposedly predicted.

He made prophecies that were not understood in his time, making him look crazy, though many of his contemporaries believed what they said. Considered by many to be the last healer and mystic, she died in 1996.

Athos Salomé is the youngest among the members of this list, he is 35 years old and was born in Claudio, a small town in Minas Gerais.

Athos is like a point outside the curve. He does a style quite different from what one usually sees when talking about mystics. No fancy clothes or robes, nothing too colorful. Don’t think he does the dark style either.

In general, the psychic seems to like to keep a normal and discreet look in line with fashion, of which he understands, since he was once a model scouter. But the question of style does not stop with looks. Athos, who is a parapsychologist and adept of the Kabbalah, has recently been compared to the great seer Nostradamus, partly because of his successes, but also because of the symbolic style he uses in his predictions.

Among Athos Salome’s predictions was a pandemic of COVID-19. The paranormal man would have made his first prediction about the virus as early as 2012, 8 years in advance.
Is said to have predicted and anticipated the date when Ukraine began to be invaded by Russia, registered by several portals on March 30, 2021.

On January 10th, 2022, practically 44 days before the start of the war in Ukraine, Athos Salomé posted the predicion with the exact date on his Instagram.

The accuracy of the number of 44 days between the post and the beginning of the invasion of Ukraine by Russia does not seem a mere coincidence; It does not seem an absurd to compare this speech already written here to those made by The President Vladimir Putin and his policies.