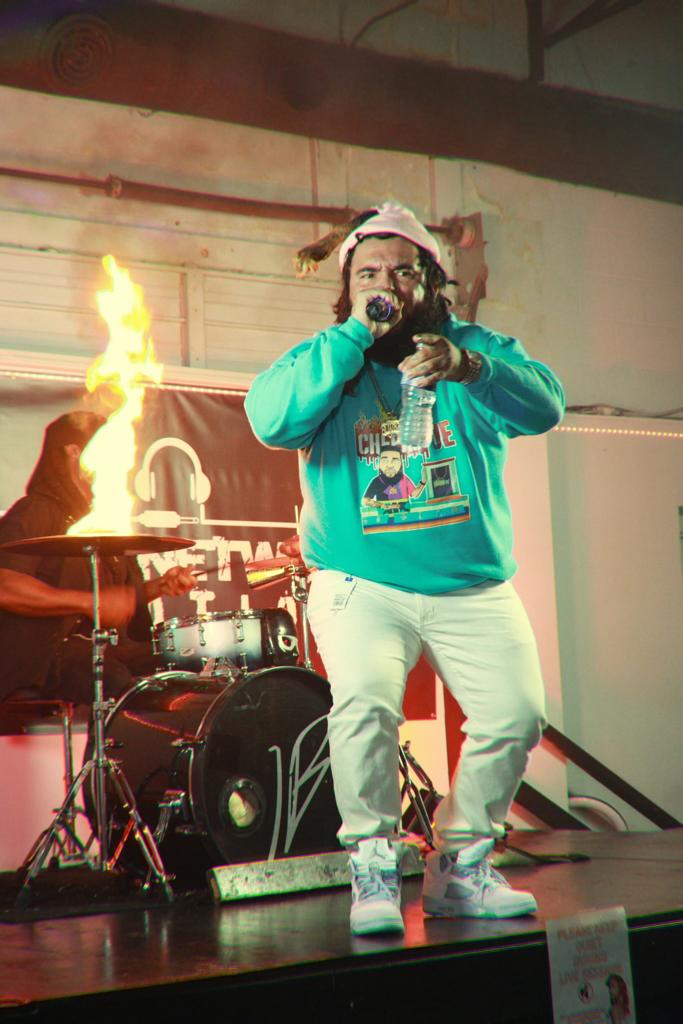 CheekoFUE has a sound that is unlike any other in the industry. His style is compelling and draws in listeners with his melodic trap flow. Music started for him at a young age. He knew that music was his calling and after getting released from prison October 2017 he made that bold decision of becoming a full time creative. At this point no one was aware of his music talent and this was his moment of realization, he had to step out of his comfort zone and make the masses aware of his music. He began getting out there and building up his Network, so we listed just a few of his accomplishments till today. In 2017 CheekoFUE was on DJ SMALLZ podcast interview as (NASTASITY) IN 2017-2018 He was in the BLOOD & ROSES TOUR, in 2018 & 2019 2x he was on the cover of BOY ACE MAGAZINE , then later went to sign to Big Oomp Records in 2019. In 2020 broke into mainstream radio with v103fm and sister stations “READY SET GO”, In 2021 he released “MAKE A WISH” produced by @DjMontay (1xdiamond producer) in 2022 he was acknowledged and published by puff daddy him self @diddy via RevolTV @revolttv & @revoltsummit . CheekoFUE also shares that he currently had the opportunity to Red carpet host interviews with some of our favorite Hip Hop celebs: POLO G , SOUTHSIDE 808mafia , Rene Bonét, Baby Jungle , Johnni Blaze, cast of Makin it Big in ATL, Funny Marco and many more to be listed under his belt.

More about CheekoFUE
CheekoFUE is a Rapper from Miami whos quotes “I used to sell dope now I sale hope” Cheeko is an inspiration to the world. He is someone who was able to find a way to transform his negatives to positives through music. For example, this Christmas he will be involved in a toy drive to bring gifts to underprivileged families .
Cheeko is also part of an annual back to school give away we’re they are given away TVs , book bags, haircuts, school supplies, food, and will have live performances. Cheeko has become a philanthropist and is very and community orientated .
currently with 3 songs on fm radio with his DJ, Dj Jelly @djjelly4real
“ONE”. “MOTION” w/ @Yoson_Tala007
“COUPLE RACKS” wI @gankgaank36
His Next project “BUCK THE JACK” will be releasing 1st quarter of 2023. Cheeko also shares he has a reggae record with platinum reggae artist DON YUTE called
“BBLnWNE” and a Latin trap project set to be released called “ASTA LA MUELTE”. With many accomplishments under Cheeko’s belt many more are still to come.
To stay locked in with CheekoFUE tap the links below.
Instagram:
https://instagram.com/cheekofue?igshid=YmMyMTA2M2Y=

Mr.Reaper, shines light on how his hard work is leading to success in the music industry