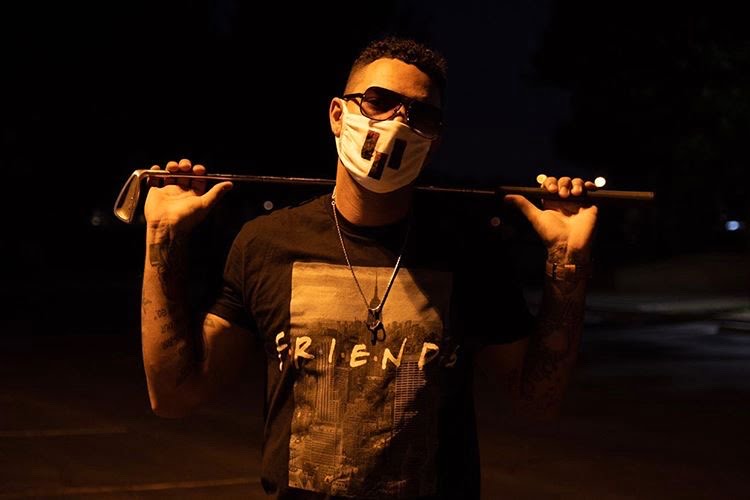 On the rise Christian rapper Trey Cunningham is not your typical artist. In fact this artist is so in tune with God that he sees the music industry as a battleground for his faith. Trey has been working hard on content for his fans and content for newcomers to vibe to. Trey’s song “Gooba” will be released very soon . This song captured his raw grittiness to call out all Christian rappers to step their game up and he did it on a 6ix9ine beat. Now that’s raw. His first marketed project was titled #dontgetmestarted which you can find the video for now on Youtube

Trey began writing when he was only 7 years old.Completing his first mixtape at only 8 years old. In 4th grade Trey took it to the streets and really became vocal with his craft partaking in freestyle rap battles. Since then Trey has been roaming the world to pursue his musical career.Trey is not bound to his hometown in Fresno, California. Trey has been traveling around the world pursuing his passion for a while now. Music is his life and traveling ignites his inspirations.

Recently Trey has released his newest single of the year titled “Rockstar” which is a remix to Da Baby’s record with Roddy Rich. He has been working hard in the studio on his project which is an E.P titled #LivingProof. This E.P has not dropped yet. It is set to drop this November on the 20th. There are whispers that the project will be dropped through Rapzilla. All in all this artist is not any regular Christian artist. He is unique, gifted and bold. These traits will get him noticed.

B.Rashaad Is Making A Statement With His Current Release “The Premonition”

2xtra AKA “Mr. Heartthrob” Is Bringing His Community In D.C Together