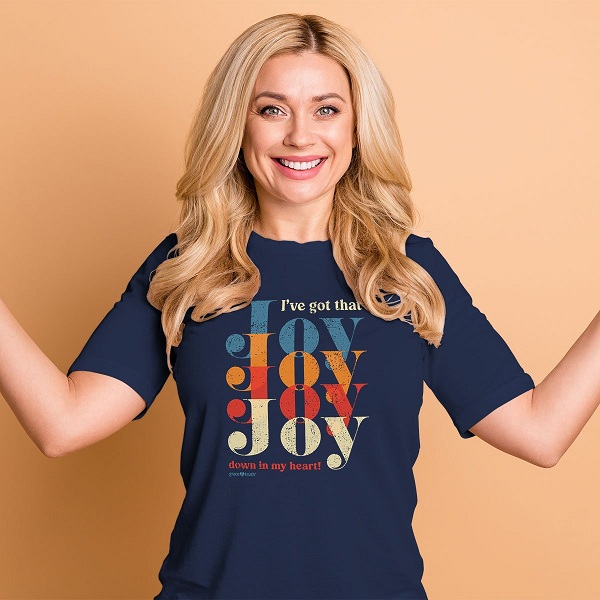 Every day Christians are spreading their faith in various situations significantly different from churches as part of a rising trend.

It is called “lifestyle evangelism,” which involves sharing your religion in the many locations and circumstances you encounter daily.

Additionally, this may be accomplished often without the need for any words at all via the use of Christian jewelry and clothes.

Throughout history, there has been a significant shift toward new designs and silhouettes in religious garb. This year, it is just as refined, fashionable, and current as conventional apparel.

The main difference is in the content of the communication. For example, these women’s Christian t-shirts include memorable Bible quotes on pointed and eye-catching designs.

One s hirt designed specifically for sportsmen comes in a camouflage green color and has a picture of a large buck deer embroidered. The following text appears in the message: “Are you, Hunting…. For God?” A cryptic passage from the Bible is woven throughout the pattern.

Another one has a picture of a referee with the words “Penalty Declined” plainly sprayed over the chest, followed by Romans 4:8, which states, “Blessed are those who sin the Lord does not charge against them.” This one is intended for football fans.

Other men’s Christian t-shirts on the market parody popular television series, advertising campaigns, slogans, and imagery. A dark navy shirt that mimics the style of the well-known Abercrombie and Fitch logo is one of the most popular items sold by online Christian brands.

The words on this shirt read “A Breadcrumb and a Fish” and tell the story of the feeding of the 5,000 from Matthew 15, noting that “He still works miracles.” This shirt is also another super popular faith based t-shirt online

According to Mike Fletcher, proprietor of Gardenfire, the market for Christian clothes saw explosive growth in 2018.

He states, “We live in a society where t-shirts are everywhere.” “A large majority of the time, the sentiments printed on secular t-Shirts are crass or disrespectful. The message that Christian t-shirts convey is one of joy and optimism. You should hear the tales I receive from clients who wear them and end up having extremely important spiritual talks with strangers.

Believe me; you will not want to miss out on such experiences. They are an excellent method of spreading the gospel, and in today’s world, shirts are so fashionable and well-cut that one may wear them almost everywhere.”

According to Fletcher, industry analysts claim that the average Christian t-shirt will have its message read by more than 3,000 individuals throughout its lifetime.

He argues that the organization allows individuals to become “living, walking around, breathing billboards for Christ.”

Even while religious clothing, sweatshirts, hoodies, and other similar articles of clothing are acceptable for day-to-day use, some settings, such as the workplace or formal meetings, are inappropriate to wear.

All of that has altered recently, thanks to the rising popularity of the lifestyle evangelism movement. In recent years, Christian jewelry such as rings, necklaces, earrings, and bracelets has increased in popularity.

Rings fashioned in the likeness of a crown of thorns, inscribed with the name Jesus, or depicting a dove or the ancient fish emblem for a Christian are quite popular among buyers. Even toe rings may be purchased for Christians these days.

Other fields have benefitted from the popularity of Christian goods, such as Christian apparel and jewelry.

This year, one of the most popular things capitalizes on the current passion for digital music. An accessory known as a “suit” for the Apple Computer iPod was made available in time for the Christmas shopping season of 2006. The iPod nano or the bigger iPod video model may be protected by the iPod suit, which is a case that wraps around the device.

The Pod Suit is made from pliable vinyl and Neoprene, providing complete access to all of the buttons on the iPod. Additionally, it comes with a durable clip that is ideal for connecting the iPod to a belt, handbag, or backpack. What is the message? “Get in tune with God.”

According to Fletcher, one of the reasons why Christians are embracing the lifestyle evangelism movement is because they are sick of being excluded by society. “People tell me all the time that they want to share their religion, but they did not know how until they understood that they could make a statement by the clothing they wore,” he adds.

“People always tell me that they want to share their faith, but they do not know how.” They take great joy in proclaiming to the world that they are Christians and that the world is not a hopeless place to live.