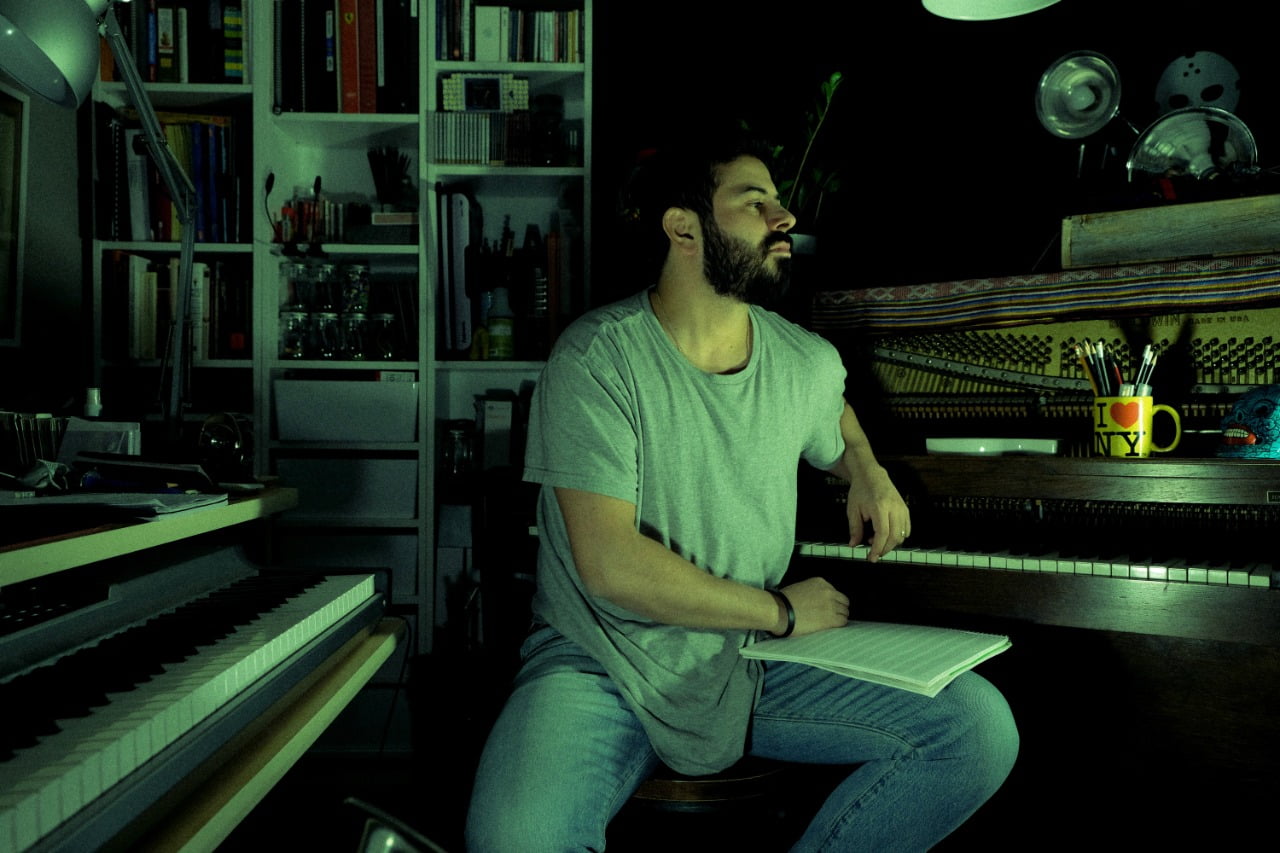 Brooklyn based, Colombian composer and pianist Julian De La Chica, first visited the United States in 2003 as a guest of Cesar Gaviria Trujillo, then-secretary general of the Organization of American States and past president of Colombia, to perform a concert for the entire diplomatic corps during Hispanic Week. Julian will also be visiting New York City for the first time, where he has lived for above a decade and seeks to find inspiration.

This prolific composer, who is equally comfortable composing a string quartet as well as a symphony as he is directing a film, started learning piano at the age of five in his hometown of Manizales, a small city situated inside the Colombian mountain ranges known for producing some of the world’s finest coffee. Julian realized that, while he progresses as a pianist, his artistic interests lay more in the realm of composition than art. He enrolled as a music student at the National University of Colombia in Bogota but dropped out after just one semester due to his dissatisfaction with conservatory life: He didn’t want to waste five years restricted to a rehearsal space, studying the same works as anyone else. It sounded a little monotonous to him, and music can never be dull. He wanted to live, see the capital, move outside of Colombia, and discover where the piece was made.

He then moved to Europe, spending time in Spain, France, Italy, and Germany. During this time, his fascination with religion’s spirituality, metaphysics, and phenomenology contributed to a spiritual awakening. This new aspect of his creative mentality has followed him throughout his career, guiding him, for example, to work with WQXR host and New York Times blogger Corinna da Fonseca-Wollheim on her series, Morning Meditations: Beginner’s Ear, and to compose Experimentelle und Umbestimmte Lieder Op. 9 about these subjects (Experiential and Indeterminate Songs).

Much of Julian’s music develops from this principle. In March 2016, Julian premiered his first string quartet  at Carnegie Hall, together with his cycle of four songs, sung by Jose Heredia. Julian’s next project is with the Russian mezzo soprano Yana Mann, who has recorded a new Spanish song cycle, Poemas de Bar and of course, his first film, Agatha, film that earned a special award for its austere score, unapologetically raw subject matter, and experimental cinematography at the 37th edition of the Bogota Film Festival in his home country of Colombia.

Julián compose music in response to what he sees. Mr. De La Chica finds himself an ‘experimenter,’ not just a ‘composer.’ Composing is a solitary endeavor. It’s possible to have rehearsals, workshops, and other activities, but it’s ultimately a solo career. Julian a lonely person. He prefers to be alone, which is why quarantined or not, this social transition has been minimal for him, at least in terms of practicality. He believes that the isolation he seeks in Agatha is not inherently physical. Próspero does, in reality, live in a crowded setting. Próspero’s isolation, on the other hand, he believes, is a hole left by his hopelessness. It is a void that can be experienced individually or in a group.

Tonez: Is Setting The Tone For These Artists. His Vision Is Different And Needed Within The Music Industry.