Cousin Louie latest release “Catch Me If You Can” 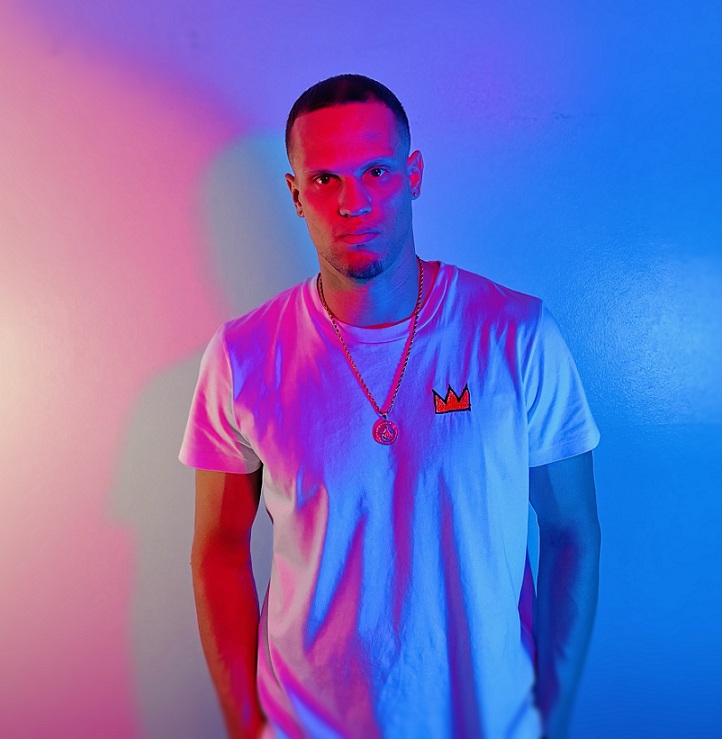 Cousin Louie is an emerging hip-hop artist who has lived in eleven states and two countries throughout his lifetime. He draws inspiration from this to assemble his songs, which he does single-handedly. For instance, in his latest release, ‘Catch Me If You Can,’ he only includes a single featured artist, Finesse. Louie’s choice to do this lives up to his attitude of “I can do anything I put my mind to,” and he shares a fair bit of this mindset throughout the project.

‘Backstroke’ is an apt opening track for the album, offering a taste of Louie’s synth melodies and moody hooks. The atmospheric and futuristic beat does an excellent job highlighting the verses while adding nuance and flavor to the sound.

‘Dont Go There’ starts with a stomping and clapping beat reminiscent of Queen’s ‘We Will Rock You,’ but the similarities end there. The funky beat adds big 808s, a bubbly sitar- synth, and some epic keys. The track is a classic rap anthem that vehemently defies the haters Louie has faced thus far.

The third track on the LP, ‘Rowdy,’ is peppered with drums of all kinds. It’s another defiant track with voice modifications that make the delivery hit particularly hard. It’s a chronicle of the rapper’s long and arduous journey to where he is today.

“Young Bull” is an upbeat and triumphant track with heavy-hitting 808s, more funky and atmospheric synth harmonies, and an impressive vocal performance. Throughout this track, Louie draws parallels between himself and a young Michael Jordan, referencing his lifelong goal of playing in the NBA, which he, unfortunately, stepped away from. It’s also likely a reference to the young rapper’s incredible tenacity and persistence. Overall, the track is one of the best on the project and is anthemic and powerful.

The next track on the album, ‘Take It Off,’ has an intriguing opening where a re-enactment of a fan asking to swap the radio to a station where Louie is about to come on. Then, as if his track did come on the radio station, the song opens up into its actual content. It’s another heavy-hitting and futuristic track with witty lyricism. The hook has a strong message of “keep(ing) it moving on, and on, and on,” a theme pervasive in the project and Louie’s discography.

Then, a funky and strange beat on “Loud Talk” makes way for a hot-take series. Most are inspirational, sharing messaging with his other tracks and criticizing Drake and his fans. It also features a peculiar reference to Marvin Gaye’s ‘Ain’t No Mountain High Enough.’

‘We Aint Gone Stop Now’ is another heavy-hitting track. The beat has some attractive qualities that are somewhat overpowering and sometimes steal the spotlight from the vocals. However, Louie’s vocal and lyrical performance is impressive and up to par. Toward the second half of the track, a quick set of bars with some hard disses slaps the listener.

In ‘Oh Well,’ the beat takes a backseat. The song’s lyrical content is hopeful and resolute, pushing humility and struggle to the forefront of the discussion while maintaining the general message of the rest of the LP.

‘Rockin Wit tha Best’ is another hard-hitting anthem like ‘Dont Go There’ and ‘Young Bull.’ The beat incorporates more synth noises, like one that sounds like a strange scream, as well as heavy bass. It’s a boon to those on a massive grind, struggling to make it out of their current situation and into the life they desire.

‘Maison No. 9’ is not the type of track you would expect from Louie. Firstly, he features some singing from Finesse, something he rarely does. There’s also a significant amount of voice changing incorporated, and it’s mostly about alcohol. Louie’s performance is as usual, very lyrical and catchy. The beat is one of the best on the album, with loud bass regularly playing three to four notes and a Cousin Louie-type synth melody peppered over the top.

In ‘Long Summer,’ a sad and high-pitched intro is interrupted by a low-key, atmospheric build-up. Then, the bass begins to bump, and Louie begins to sing beautifully. The content of the vocals includes some words about a relationship’s bitter end, and it’s one of the few times on the project that Louie bares it all and sings long notes shamelessly, and the effort pays off. In a way, the fact that this track follows up ‘Maison No. 9’ helps Louie to sound like a better singer because his tone is much less abrasive and tone-deaf.

To end the LP, the title track, ‘Catch Me If You Can,’ sums up the messaging of the project. “Catch me if you can” can be heard many times, as if to say, “I’m taking this all the way, so catch me if you can, sucker!” It’s a mellow but powerful victory lap for an already decisively good record.

Overall, the record ‘Catch Me If You Can’ by Cousin Louie is well worth the 30 minutes it takes to listen to. The message is super positive, but it still portrays some of the negatives of Louie’s journey in a hopeful but realistic way. It shares the mantra of “I can do anything I put my mind to” with its listeners and inspires them to chase their dreams.