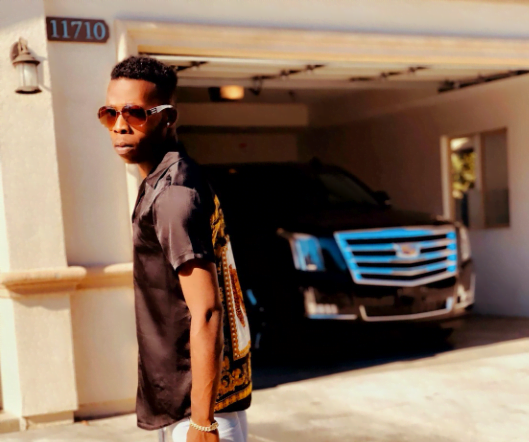 According to the Neurologist Oliver Sacks, “Music evokes emotion, and emotion can bring the memory with itself. It brings back the feeling of life when nothing else can.” Music has long been known for triggering vivid memories, helping an individual feel the entire experience all over again. Music is often entwined with people, locations, or seasons, bringing back memories from the past.

Due to this ever-lasting quality of music, many individuals use music while performing their everyday activities. As a result, every time they hear that particular song, the memory comes back rushing. William Fitchett Means, popularly known by his stage name “Fitch Means,” a renowned R&B music artist, songwriter, entrepreneur, and brand ambassador, has repeatedly experienced this feeling during his childhood. As a young kid, he would usually wake up to Jazz, Rock, Soul, and most specifically, R&B. With his mother’s habit of filling up the house with music before cooking, he holds a vivid memory of those beautiful little moments from his childhood.

Even though Fitch was exposed to different music genres while growing up, he developed a different connection with R&B Music. When asked about how he built a unique relationship with R&B music, he says, “R&B feels good. It has the ability to tell you a story. It doesn’t just uplift you, but can convey many emotions.” While the talented artist isn’t pinned specifically to one genre, R&B is the one he resonates the most with.

A Dedicated Individual Pursuing His Passion

Widely known for his versatility in the Music, Fitch Means has shown exponential growth as a young artist. Born on 15th February 1998, Fitch has been an individual with a passionate soul. Belonging to Mt. Airy, Philadelphia, he was the first boy born in the family for over 60 years. Consequently, he was deeply loved by his family. At the age of six, when Fitch started laying drums, his parents recognized his passion and supported him in his musical endeavors throughout his musical career.

They started with getting Fitch into the school gospel choir, a place that enabled him to tune his vocals. For his further studies, Fitch got into Lock Haven University, an experience that exposed him to several musical opportunities. During his university life as a teenager, Fitch became widely known for his regional gigs at different venues. With his musical talent manifestation, Fitch was offered numerous solos, which helped him improve his musical technicalities, polishing his skills.

The year 2018 turned out to be extremely successful for the talented artist. The launch of his debut single “Single” left behind the audience stunned. With the release of one of the most celebrated songs of the year, Fitch had set a strong footing in the music industry.

With the successful release of his single, Fitch launched his debut EP, known as the “2AM Drive.” The 4-track extended play resulted from sheer hard work and dedication portrayed by the devoted music artist. The EP was met with a phenomenal response by the music fanatics. While written during a low point in life after a breakup, the lyrics and the tune of the entire EP gave out the impression of being ‘raw’ and ‘authentic,’ the two most favorite qualities appreciated by the music lovers.

As a result of his critically acclaimed EP, Fitch was invited to perform at the famous “Odunde Festival.” Being in front of the audience at the African American Street Festival in the US was the perfect boost for the extraordinary artist.

One of the qualities that Fitch is mostly known for is his capacity as a multi-talented artist. While managing his musical career in such a great shape, Fitch has co-founded a clothing company called the “Black Point LLC,” with his partner Darrin Manning.

With the aid of his passionate, sincere, and intense vocals and tunes, Fitch has further released “Drip Sauce,” “Millions,” and “Pretend.” The release of the songs has been nothing short of an incredible musical experience for his fan base all around the globe.

Fitch Means is a new yet promising addition to the musical world. The 22-year-old multi-talented artist has won millions of hearts in such a short span of his musical career. With his head up, and hopes high, the young superstar is ready to conquer it all.