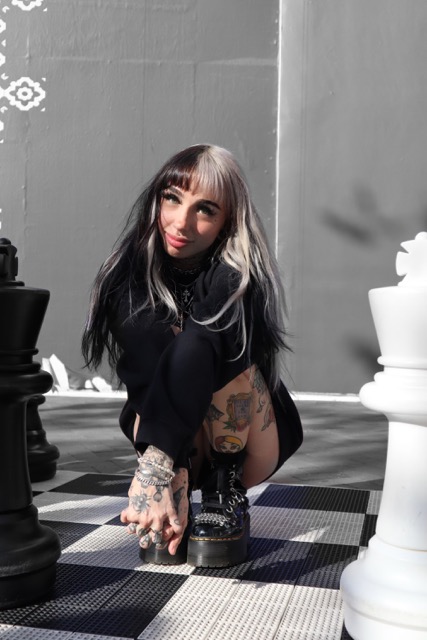 A vital part of today’s young generation of highly connected people, influencers create captivating and engaging content to promote brands, events, and lifestyle, among other things. Social media influencers have become some of the most creative content creators in the world over time, and their followings have exploded across a number of platforms. Many of them also lead the charge on raising awareness for mental health and social conditions that the public should be aware of. Most, if not all, of the content influencers post on social media does not necessarily depict their real-life situations. Influencer, model, and mental health advocate Cruella Morgan knows this truth all too well and has decided to remain as genuine as possible in order to connect with her fans on a different level.

Being true to herself presented Cruella with a lot of challenges in getting respect within the industry. Despite the fact that she uses body tattoos as a form of artistic expression, people find her persona challenging to accept online. In spite of this, she knows that she won’t be able to please everyone. In order to preserve her mental health and passion for what she truly loves, she simply chose to connect with those who appreciate authenticity in an industry that thrives on pretense rather than authenticity. One of Cruella’s main missions is to raise awareness about epilepsy as a condition and to promote social awareness through her platform.

Armed with the right attitude and determination to succeed, Cruella chooses to push forward to use her platform and popularity for good. “No one ever really took me seriously, so I used that as motivation to show people I can do it on my own,” the young influencer shared.

Cruella has made mental health her personal advocacy, knowing that a lot of young people out there struggle with it day in and out. It is her hope that by sharing her story, she will be able to convey to others the message that they are not alone in their struggles, and that there is someone like her who cares deeply about them. As a result of the unhealthy tone and tone associated with mental health, some influencers are hesitant to talk about it. On the other hand, Cruella takes a different approach. A valuable service is empowering people to become better versions of themselves by helping them process their circumstances.

After witnessing many people suffer from the effects of isolation, loss, and fear during the pandemic season, she began advocating for mental health. Her advocacy for self-love and creating a strong support system has only increased over the years.

It is not just a brand that she promotes, but it is a healthier, more enjoyable lifestyle that she promotes as well. The fact that her fan base is loyal and growing has enabled her to continue to enjoy the support of her loyal fans.

Growing up, Cruella has always wanted to be visible on social media. Over time, she discovered there is more to this powerful tool than just beautiful pictures. With it, she could reach the whole world with a message of hope, love, and kindness.

Quite recently, Cruella was able to create a safe space for people in the digital world where they can just be themselves without fear of being rejected or judged. And if there is also one place where she finds peace, she confidently answered, “My discord server. Everyone that joins finds their place in this world. They feel less alone. They find friends,” she revealed.