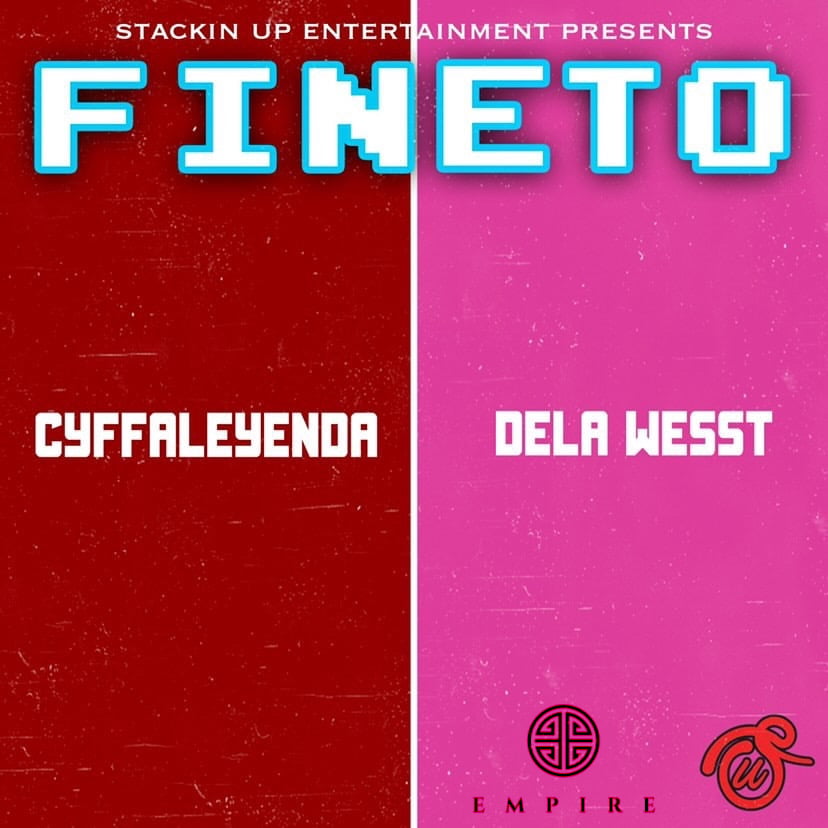 This crazy magical combination of the artist all started with an idea of Cyffa trying to bring extraordinary talents together. As an Entertainer/Entrepreneur from Virginia which not far from him is 64 Boy from Richmond, Virginia. He had contacted 64 Boy for a Southside 808/ Future type beat since Cyffa‘s vibe is based on energy. So as a gift 64 sent Cyffa a beat pack with beats produced by him and Young Frenchy 808 to work on any of his choices for his upcoming studio session. While Cyffa was going through his email surfing beats he came by one that stood out because of his taste in 808s, hit hats, and snares “GAME OVER” Produced by Young Frenchy 808 & 64 himself. So always thinking in the bigger picture Cyffa calls his friend Dela Wesst on FaceTime and runs his idea by Dela and wanted her apart of the song. Since her past beef with Cardi B. about stolen lyrics and people saying she can’t rap Cyffa decided to bring Dela out this time in the right introduction and approach that “SHES THE NEXT BIG THING”. She was cool with the idea more excited to do the song and being apart so Cyffa and Dela planned a studio meet up to record the record. Having four music biz minds together was exactly how Cyffa planned. So on Halloween Cyffa and Dela recorded their second record “FINETO” at LES STUDIOS by DJ LES with the session sponsored by STACKIN UP ENTERTAINMENT. Cyffa contacted his engineer DJ RICK FLARE and got the session locked in. In the session also was Enote (Produced “D1$” by PHILLII KENNEDII (FEAT. RICK ROSS) and “WOOCHIE” by Dela Wesst & Cyffa Leyenda) COMING SOON! The session was a dope vibe. Everyone was hype and the energy was on 1000000%. 40 minutes later Cyffa‘s friend BJ and his friends pulled up to the studio to vibe and listen to the new record and shot a small instagram video to post for promo which ran up to (7.768 views 603 likes 550 comments 339 repost and 581 saves). As soon as everyone walked in everyone’s asking Cyffa and Dela “is this you?” shocked cause of the energy they brought on the song was something different. There was 8-9 people in the session saying its a hit record. So far without hitting stores online the record already has people hooked to it repeatedly. This record will be Distributed by Empire (on behalf of GT Ditigal / Stackin Up Entertainment) on November 20th! There’s suppose to be hidden diss messages towards a few celebrities in Fineto lets see who can figure out who their talking about…TO BE CONTINUED.

VINNIE VIDAL: FINALLY MADE IT HERE AFTER A LONG TIME