Dale Of Fade: Is Inspiring Others As He Travels The World Doing What He Loves 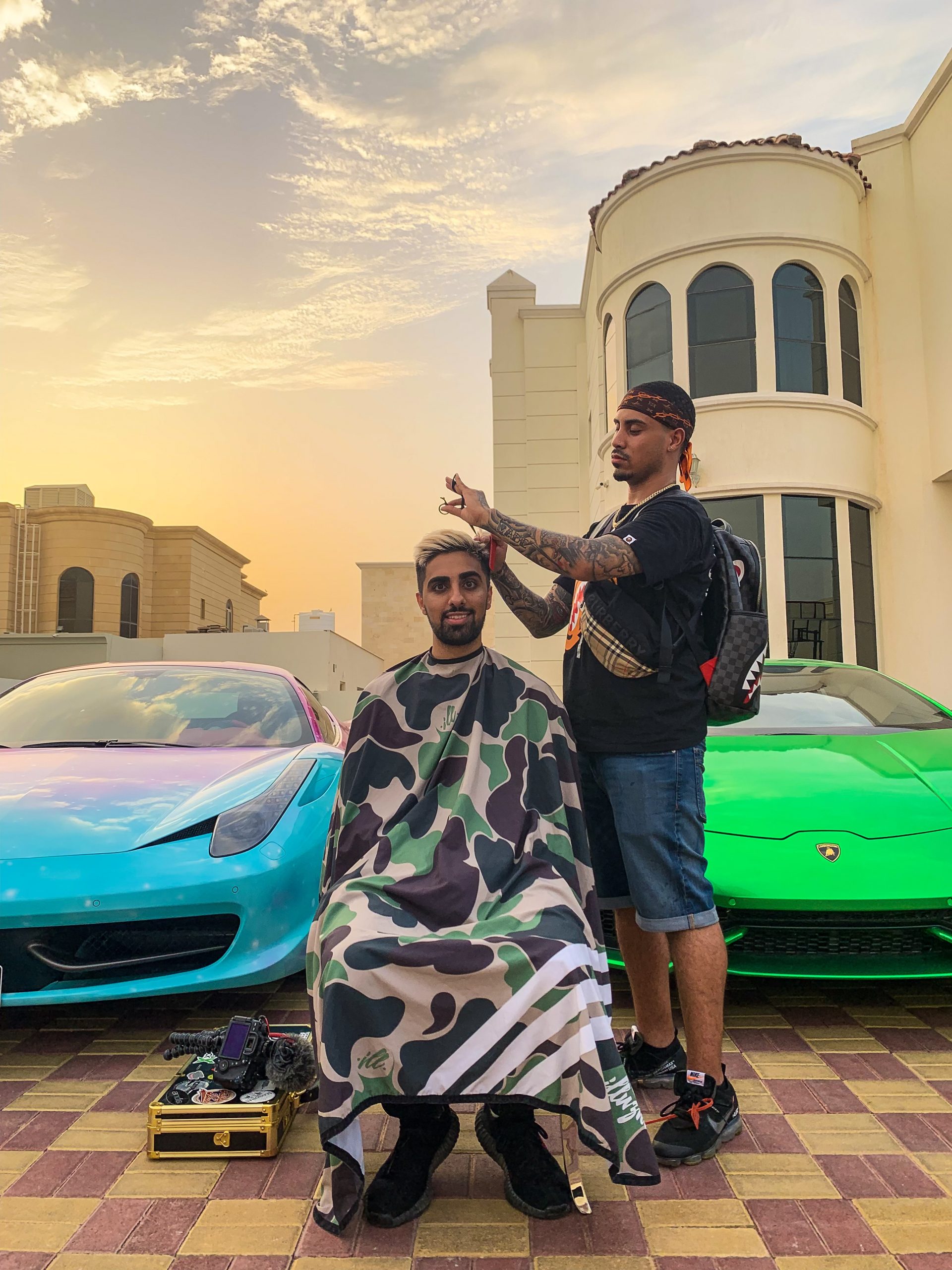 Ndale O’Brien better known as Dale Or Dale Of Fade is an amazing barber from New Jersey. He has been a barber for about 6 years now and he states “It has been the best 6 years of my life.” Becoming a barber did a lot for Dale Of Fade. It brought his brand a ton of opportunities and has helped fulfill his passion for traveling. It was not always this way, as young entrepreneurs always start somewhere. Dale started in the basement of his home using a homemade workstation. Thinking smart he eventually saved enough earnings from cutting hair to turn his basement into an actual shop. At first he was only doing cuts part time and still working his IT job. His passion was not in the IT field. He found his true calling and passion within hair, so that is what he decided to pursue.

Throughout his 6 year journey he has done countless work around the U.S and also other countries. Through his travels he learned a lot and has seen some of the world’s most scenic places while working. He states “ I believe in hard work to achieve and believe, learning is never done. I am strongly towards the unity of barbers across the world because we all share one heart for the hair, which is why I love traveling for the love of hair and the community.” Dale has had the opportunity to do hair in New York, Trinidad and Tabago, Costa Rica, Paris and Dubai. Having an entrepreneur mindset he sought to pursue more revenue and has implemented a small shoe boutique within his shop. He was even featured on an episode of “The Sneaker Game”.

Dale Of Fade has been paid over $1,500 for a haircut in Dubai. He has also cut inside billionaire car collector’s car garage Don Casanova. He has cut hair in front of the Eiffel Tower, Times Square, the jungles of Costa Rica and much more. Dale has worked with key figures such as Don Casanova, Hush Puppi, Mo Vlogs, Dj Bliss and many others. He has started from the ground up and has made something of himself, He spreads the Barber Shop culture as he travels the world doing what he loves. His goals as of now are to create a bigger location and also to franchise that new location into a series of barbershop/sneaker stores. He also wishes to travel to Mumbai, India and cut hair for the homeless to generate media and assist the homeless in that area.

Dale Of Fade says “  I’ve learned thus far to always remember to be yourself no matter who you are in front of and never to forget where you came from and always respect the people that support you. I learned to always look out for anyone on my team and make sure they get what they deserve for the work they put in.” He shows that travel helps to broaden the mind and unlock capabilities. Interacting with people from around the world teaches you to appreciate what else is out there. Learning never ends.