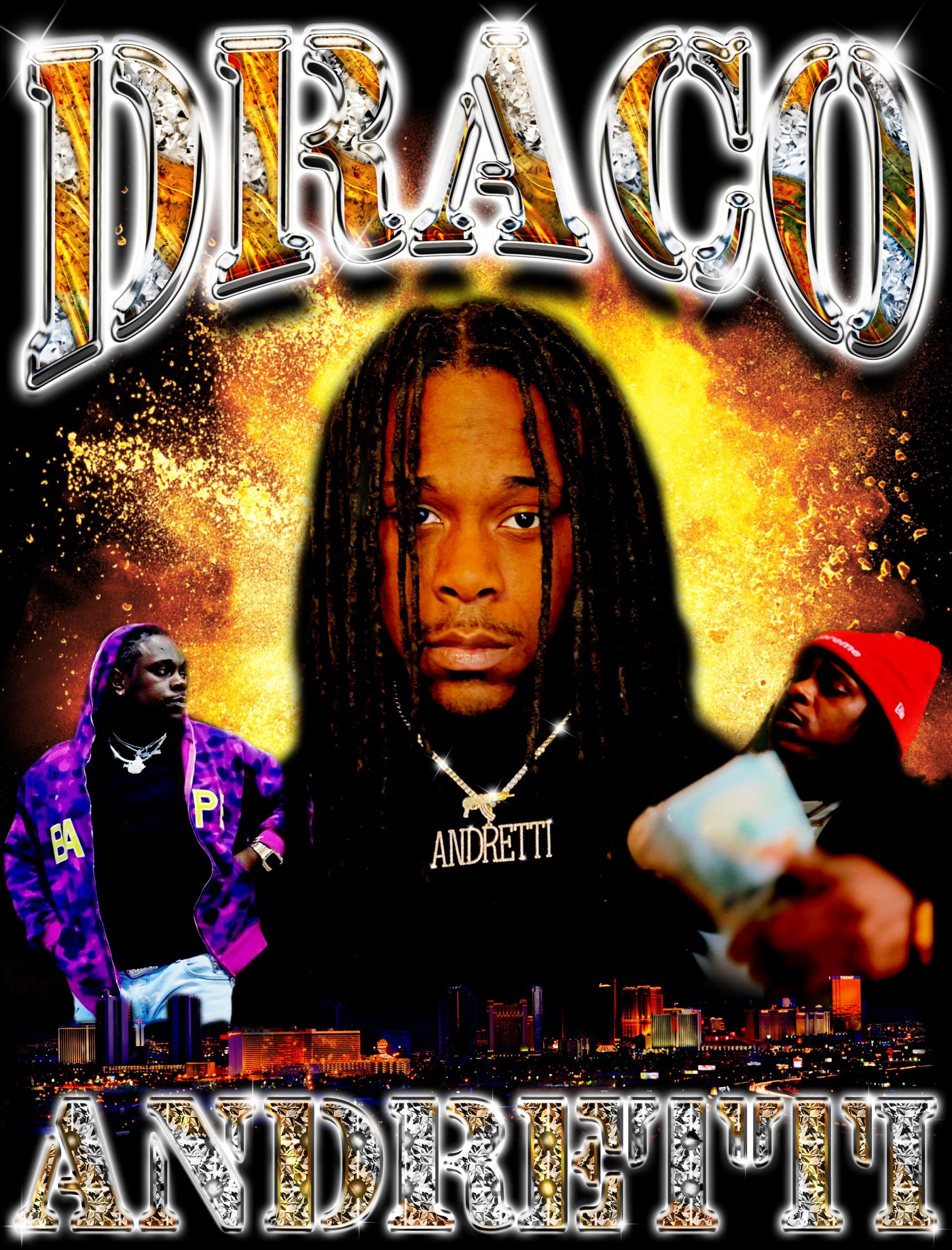 Draco Andretti is a self made on the rise musician from California, but now resides in Las Vegas, Nevada. While in high school he grew an interest in the music industry. He was actually close friends with well known artist Dizzy Wright who helped fuel his passion. Draco Andretti first started creating by mixing tracks as a DJ/Producer and eventually ended up falling victim to the streets after having his child. Having his child motivated him to grind harder to be able to provide for his family.

It wasn’t long before he had to do other street activities to put food on the table, which lead to doing time eventually. The streets are a vicious cycle, but luckily he was able to overcome this obstacle and make a name for himself. When he was released he went to the art institute for media arts music production and video production. Since attending this school it taught him to cut out the middle man and create all on his own. He embodied becoming a one man band. He perfected how to create beats, mix and master, record and more. This year is about rebranding himself and making a presence for himself. This year he will release a new album titled “Sin City Hot Boy”, but for now he is focused on releasing consistent singles. Make sure you check out his work. You will not be disappointed. His music is unlike no other. He delivers a gritty, melodically catchy style that draws all listeners in.

Stream his latest visual below !

Dovble R Announced The Release Date of the Music Video for the song “Good Day” From the Album “Mr. Elaine”