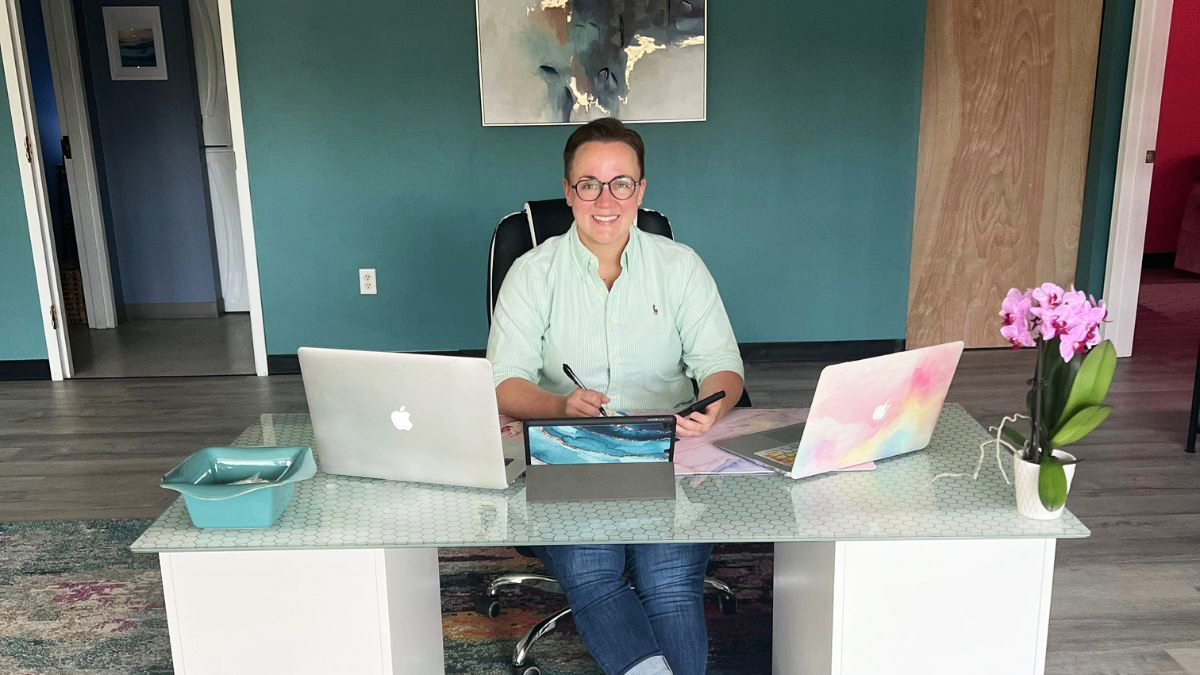 I first met Kelly Gordon almost two years ago. I was just launching Imperium Authority, my public relations agency. Although I was passionate about overdelivering for my clients and becoming a high profile success, I felt stuck. As Christmas 2020 approached, I drifted toward thinking negatively and considered throwing in the towel. Even though quitting went against everything I believed in, my despondency grew. I needed direction. More than anything, I needed a coach/mentor capable of empowering me to get to the next level.

When I saw Kelly’s profile on Facebook I was instantly intrigued. Not only was she running a digital marketing agency which was performing spectacularly, but she was also coaching other entrepreneurs to do the same. I had two immediate thoughts:

How was she juggling so many moving parts at once?

What could I learn from her to accelerate the growth of my own marketing agency?

Full disclosure: After becoming a client of Kelly in December of 2020, I have become her biggest fan and consider that we are very much cut from the same cloth. Like myself, she is fearless and incredibly driven. She has also struggled through tough times and has transformed the lessons she learned into her super effective coaching system called Cyberpreneur Inferno.

I recently had Kelly as a guest on Moments with Foo, a segment from the Strategic Advisor Board Podcast which Listen Notes ranks in the top 1.5% of all podcasts in the world. I was excited to do this interview with Kelly because it gave me an opportunity to publicly thank her for the support and brilliant coaching I continue to benefit from as well as to dig deeper into what makes her tick. Clearly, whatever she’s doing is working!

Early in the show I asked her for advise she would give to entrepreneurs interested in breaking through to the next level. Here’s what she told me:

Go out in the world and have conversations

Doing so will expose you to other successful people and put you in front of people who could benefit from what you’re offering. Although this is one of the most effective things you can do, it’s also one of the scariest as a new business owner. Even now, years later after launching my fifth company, I still feel it, that fear. But, the difference is, I can now say to myself “Oh, we’re here again” and then I go out and I push myself and I do it. So, just put, just put a line to it, and say “I’m gonna go out and talk to four people a day. Remember, your success is directly proportional to the number of hard conversations you are willing to have.”

There’s a saying that honestly took me years to figure out. And it’s that you want to fail faster. I’m sure we have all heard that. That means that if you can put yourself in uncomfortable situations, and conversations that you know it’s necessarily working – the more you can do that, the faster you’re gonna get to the other side.

I remember when I was just starting out as a freelancer out of school. And you would get a client, then you get a couple and they go really well. And then you get one and you’re like, why is this so hard? It’s easy to think it’s on them. You’re thinking, well, these others all went well, clearly, I’m fine, it’s these guys that are having a problem. The moment that you realize that this is a learning opportunity, it allows you to say, “Okay, let me put these checks and balances in place.. Was there a red flag that I shouldn’t work with them in the first place?”

You’ve really got to sit down and figure out where the “wrongness” is coming from. And if it’s on your side of the table, just admit it. Take it as a way to salvage that relationship and then definitely implement what you’ve learned for your next clients. I think that as humans we don’t want to admit that we’re wrong when it happens. We’d rather do anything than say “You know, I was in the wrong”. You can salvage any relationship that you want, by being like, you know what, you’re right. This is how I would like to move forward, if you would like to. People know that clients understand that we are human and they will give you that grace. Keep moving on. It’s not a roadblock. It’s a learning moment. We can’t get better if we’re never wrong.

How to spot red flags with Kelly’s 4×4 Methodology

One of the biggest things that we learn is how to spot red flags. If you have a product business, or you have a service business, whether it’s online or off, right, the biggest thing is making sure that the person that you’re talking to needs what you have. You know that more than they do, just because that’s your wheelhouse. We don’t sell things to people that they don’t need, because that will never go well for anybody.

My own business and my coaching is based on my 4×4 Methodology. Those are the core components of any business. We’ve got the Marketing, Sales, Operation and Fulfillment, whether it’s a digital business, or brick and mortar or whatever. These four departments exist in any product or service business, whether they’re online or off, they just look different. From marketing to sales are where you can see red flags initially.

Each stage of the 4×4 Methodology has a built in series of red flag ‘finders’. We identify within each stage as a series of potential red flags that you figure out as you go along. Every stage will have potential brick walls that we can unfortunately run into as business owners. The important part is to remember that’s okay, and honestly even desired. Seasoned business owners know that every system break/failure is the opportunity to make it correct. And when we’re talking about business, getting a system correct means more efficient means to make money.

All companies fall into one of two different camps, whether a product business, service business online, or brick and mortar doesn’t matter. There are two main categorical issues that as a consultant we come in to figure out:

You have companies that can sell like crazy and couldn’t fulfill if their life depended on it. Whether it’s that they just can’t do it, they don’t have the margins and they’re losing money, and they don’t know it. That’s one camp.

Then you’ve got the camp that could fulfill from here to kingdom come but cannot seem to get a consistent lead flow. So we figure out which of those two camps a business is in. Again, we’re talking about marketing, sales, operations and fulfillment. So we split them into those two camps. Doing this allows us the framework, which is why we utilize my 4×4 Methodology. It’s very scientific and using it we understand where it is you are, so we can blueprint you out of it.

Kelly Gordon is the founder of Dapper Codes, LLC, a digital agency based out of Greenville, SC. DapperCodes.com specializes in strategic marketing for small to medium sized businesses, online and off, who are sick of wasting their marketing dollars on initiatives that bring in little to no ROI. Kelly  is also the founder and CEO of Cyberpreneur Inferno, a consulting and education hub, where she works with online and offline businesses from solopreneurs to 7 figure businesses. Building an agency can be a great way to achieve freedom by helping other businesses in a way that no other online business can. As Kelly knows well, building a business is only half of the success ‘recipe’. Getting to know yourself and what truly matters to you is just as important, if not more. She helps here too, advising you on how to unearth your innermost desires and project them to the world.

Real Additup – The Entrepreneur Who Turned His Life Around

Melissa Marie Fogarty Uses Her Brand to Help Elevate Others