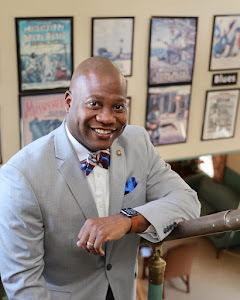 Becoming a lawyer, like any other job, demands a lot of hard work and effort, but if you are driven by passion, the rewards are incredible. Derrick T. Simmons, co-founder/co-owner of Simmons & Simmons, PLLC, Attorneys at Law in Greenville, Mississippi, is one of many lawyers building a name for themselves in the field with their outstanding work.

Derrick T. Simmons: Who Is He?

Simmons is a trial lawyer, former municipal court judge, adjunct college lecturer, and Mississippi State Senator whose work spans numerous sectors. This wide knowledge has enabled him to broaden his services dependent on the circumstances he receives. His business, Simmons & Simmons, PLLC, is the result of his efforts, and it is a small but aggressive law firm comprised of exceptional lawyers specializing in personal injury, juvenile justice, and criminal defense. Simmons is admitted to practice law in Mississippi and the District of Columbia, and leads the firm’s criminal defense division.

His hard work and recognition have earned him several awards, including national prominence. The National Bar Association and IMPACT named him one of the “Nation’s Best Advocates: Top 40 Lawyers Under 40” for his professional and charitable achievements in the African-American legal community.

Simmons was elected to the Mississippi Senate on March 1, 2011, and is now the Mississippi Senate Minority Leader. He is also the chairman of the Senate Enrolled Bills Committee, the vice-chairman of the Senate Constitution Committee, and a member of the following committees: Corrections, Finance, Insurance, Judiciary A, Judiciary B, Interstate and Federal Cooperation, Ports and Marine Resources, and Wildlife, Fisheries, and Parks.He was nationally recognized as Legislator of the Year by The National Black Caucus of State Legislators (NBCSL), at its annual convention in Las Vegas.

Simmons began his education at Greenville, Mississippi, public schools, where he graduated from T.L. Weston High School in 1995. To further his education, he attended Jackson State University, where he earned a Bachelor of Business Administration in accounting and finished top in the whole college class of 2000. Simmons went on to get an MBA from Howard University College of Business, where he graduated top in his class. Following his MBA, he pursued a legal career and attended Howard University School of Law (HUSL), where he was a part of the historic trial advocacy team. Simmons received his juris doctorate from Howard University School of Law in 2005.

He was extremely skilled from the beginning of his legal career since, while at Howard, the historic trial advocacy team won an American Bar Association championship, defeating two reigning champions, making the college the first black college or university to do so.

Today, Simmons effectively manages his own business, which has handled several significant cases and achieved spectacular results. He also raised $10 million for the Highway 82 bypass in Washington County, Mississippi, and $7 million for the Grammy Museum in Cleveland, Mississippi. The Delta Democrat Times, a Greenville, MS publication, named his company the “2020 Best of the Best Attorney.” He is demonstrating via his efforts that all it takes to be successful is hard work.