Everything You Need To Know About Th3Rea$on Album "Rznszn (Deluxe) 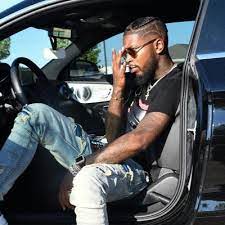 The newest project “Rznszn (Deluxe) by American singer and songwriter Th3Rea$on from Houston Texas. The track was released under his own Label “Th3Rea$onEnt” on January 2021. Born 1992, June 23rd. Th3Rea$on managed getting verified on Twitter , Facebook, Spotify & Genius on his own. Th3Rea$on is one of the best independent artist from Houston. He has done shows along side artists like, Paul Wall, Slim Thug, August Alsina, Riff Raff, Ca$h Out, Dom Kennedy, Dice Soho, WhyJae, Maxo Kream, Waka Flocka Flame, DjWhooKid, Chamillionaire, Trill Sammy, Yesjulz & 070 Shake and many more.

Last year 2020, Th3Rea$on took to his Instagram page to announce to his fans his latest project “Rznszn (Deluxe)”. After, releasing his first album  called “Too Many Reasons” which was released 4 years ago. With over 100k streams on spotify & 400k streams on soundcloud. The america singer Th3Rea$on, didn’t stop there he has been consistent with his music career. In 2021, Th3Rea$on released his latest album called “Rznszn (Deluxe)”, the album contain 15 songs. Leading by “Stand Down” which are available on all digital streaming platform.

Here Are List of Songs in Th3Rea$on “Rznszn (Deluxe)” Album

If you liked this article, then please follow us on our social media for celebrity, music and entertainment news. You can also find us on Instagram.