From Military to Music, DreDaymuzic Is Inspiring The Next Generation of Musicians 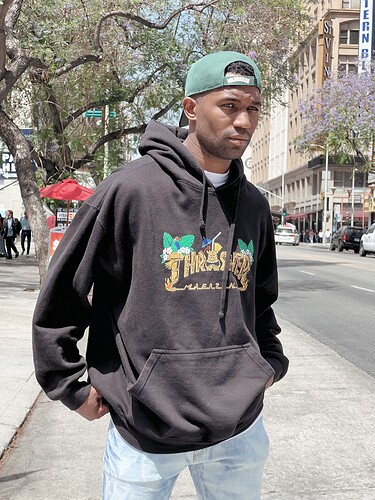 People like DreDaymuzic born Dre Durham should be recognized more for their efforts to motivate others and prove to the world that anything is possible.

Delivering unparalleled slap house delicacies from the studio, Los Angeles-based artist DreDaymuzic brings to dance floors what one can only describe as a melodic, groovy, and hypnotizing sonic journey. Continuing on an upward trend, DreDaymuzic releases his mesmerizing electronic/house single, “Crazy.” The powerful single delivers electrifying vibes from the press of play as its groovy elements combined with the powerful bassline will guide your body with a groove.

Many people the world over aspire to achieve as much as they can throughout their lives. It’s almost like these people are on a mission to achieve everything they possibly can. This mindset is inspiring and results in individuals who excel at nearly everything in life.

One of these multi-talented, creative, and dedicated people is Dre Durham, known by his stage name as DreDaymuzic. Dre has been working on this music and music production talent vigorously. Though he has faced many obstacles in finding ways to pursue his passion for music, compiling the right team, and developing algorithmic ways to push his music out, DreDaymuzic has accomplished many goals.

His music is inspired by his life experiences, he strives to push the envelope with his sound to make a well-rounded, dynamic style. The producer will have listeners engulfed in the musical world he creates with his groove-filled and uplifting music. Quickly taking over the electronic scene, DreDaymuzic is an artist to watch as he is set to cement himself in the music industry for years to come.

For more content like this, check out: “ Martin Huu Nguyen ” Drops Official Music Playlist ” Is It Real ” – REDx Magazine

Eric Williams, aka Long Beach Ewill Is Here to Take Over