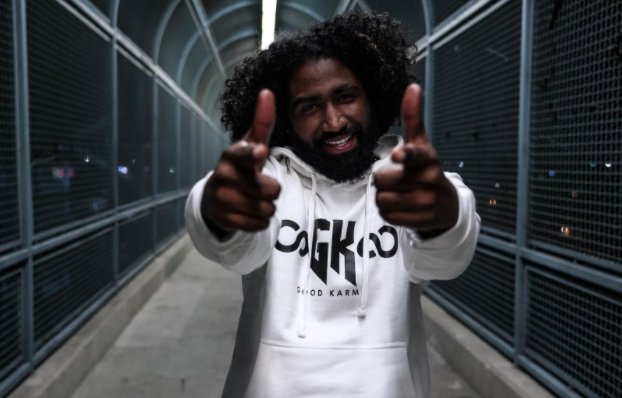 Rising hip-hop artist Malcolm Henderson, professionally known as FRQNZY, breaks charts and top 100 ITunes charts with his single “I Won’t Deny It” produced by platinum producer Rocktee. If you don’t know him, he Produced Logic and Joyner Lucas’s ISIS. In one of the most competitive weeks this year with major acts like Dj Khalid, Lil Baby, Da Baby and Lil Durk dropping hits after hits dominating the charts. The two enter the charts swinging! The song hit #12 when J.Cole surprised the world with a single of his final album that hit #1. With competition thick Frqnzy battled for his place and shot all the way to #10 where he was battling for his spot,  before he was  pushed back to #13. Needless to say he held his own for a solid week, breaking the Top 20 and 10 charts his last few days on the iTunes charts. Really impressive for an indie artist with absolutely no label. The Virginia native has performed on tour with Bone Thugs N Harmony last year, in fact Frqnzy and Krayzie bone have been rumored to have a single releasing soon! Before the pandemic, he hit 1M streams on Spotify and broke Shazams charts, hitting 100k Shazams.

Frqnzy has performed on Fox News, seen on The Source Magazine , Hype Magazine, WSHH & SayCheeseTV. Frqnzy also made guest appearances on Love & Hip Hop. The rapper is scheduled to sit with a few major labels this month to discuss his career in New York. But the rapper has no intentions on signing anything he won’t have ownership of. The young CEO of his own record label Good Karma Music Group is simply looking for a partnership with a major. Be on the look out for the new single “4 THE WORLD” with his new artist Hailstackz. Together have a joint EP coming out called “Bipolar Love”.