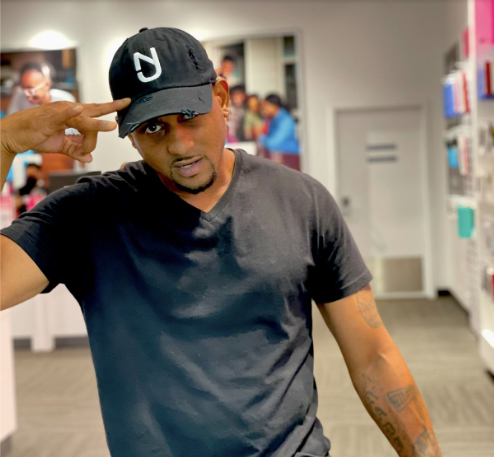 HipHop legends are undeniable within the course of  history and every HipHop head will provide their top 5 lists immediately based on artists who have helped shape the modern era of music. Most fans don’t grant this title lightly, as they base their unwritten formula on many factors such as wordplay, timing, rhyme scheme, realness, originality, and lastly albums sold. In 2022, artists know who the legends are and what bar they have set for themselves, which makes it a challenging task to surpass them. Many legends use their personal struggles and pain as a source of inspiration, which has produced some of their  best bodies of work, as evidenced by Tupac Shakur who was bailed out of Clinton State Prison for $1.4 million to deliver a dual album which produced over 10 million copies sold worldwide.

Newarks’ Nadir “ New Jersey Gift” Payne, is no stranger to struggle. Losing a parent, particularly a mother, is one of the most difficult challenges that one can face, especially as a child. Payne stated as a child she advised me to, “never give up.” This may seem like an overly simplified strategy to some, but the execution of the advice depends on how the seed is delivered. It is this parting modus operandi between a mother and child that is carried in the soul of every lyric and which  defines to the world a living testament as to how artists are able to take inspiration from the depths of despair. This is exhibited on NJ Gift’s “Future Legend LP album track Chainsmokerz, which is a raw historical reference of NJ Gift’s rise and come up in and growing up in an atmosphere surrounded by adversaries bent on his destruction.

As a US Army veteran, NJ Gift, acted on the same advice early on, using the inspiration that led him to abandon any self-doubt. One of the toughest paths any artist can walk is to enter an Emcee Battle, which challenges every aspect of an artist’s ability as they face opposing emcees in the chess match of words, wits, and rhymes to defeat or crush the opposition. NJ Gift entered into the rap battle hosted by Atlantic Records, which he won, resulting in a signed contract with an independent label.  Nadir realized that even though his mother was not present physically, she was looking on, providing inspiration from above.

New Jersey Gift’s label “ On my Grind Entertainment” vision is to create timeless music that will be felt generationally.

New Jersey Gift hopes to not only create timeless classic tracks like “Slidin & Drillin”, but he also hopes to maintain independence and be true to the creative content. The global stage has been an inspiration coursing through  NJ Gift’s  veins with “Future Legend 2,” which is set to drop this summer. Part one has already been released and received high reviews. We look forward to the continued success of this future legend in 22’, and look forward to more upcoming projects this year.

Also Read: Marcus “Writazblok” Henderson Is Building an Empire with The Music Industry