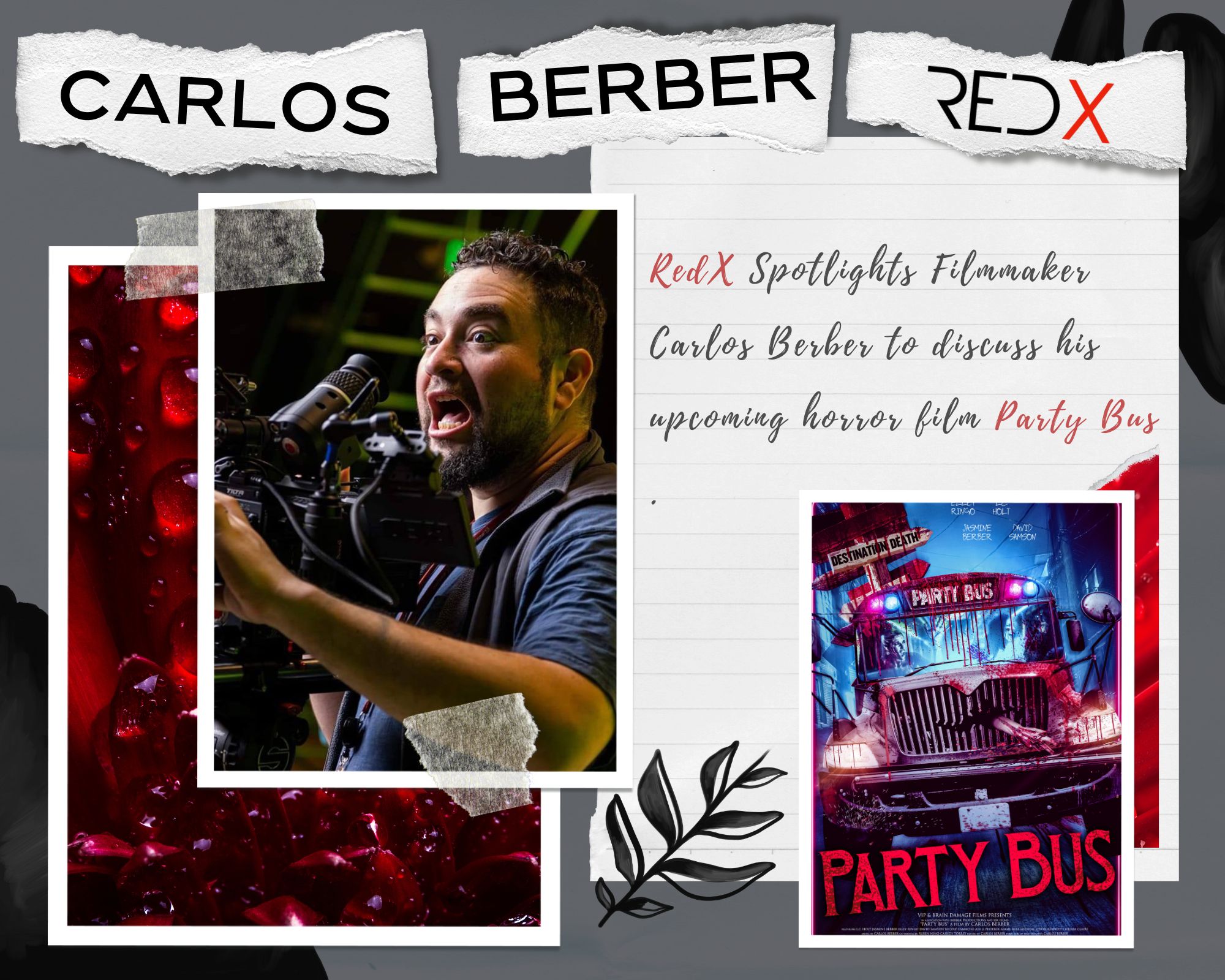 In case you missed celebrating Halloween or want to have an exciting Christmas break, mark your calendars as the air of fear and horror will take over every household this December. Party Bus, directed and written by Carlos Berber coming soon.

Starring Elley Ringo, LC Holt, Jasmine Berber, and David Samson in pivotal roles, the film revolves around a bachelor party thrown by friends at a bus in what was supposed to be a night to recall and rejoice forever, a ride to remember soon turns in a nightmare as people from past of groom-to-be appear leaving everyone petrified. Horror-struck friends and groom-to-be will do all they can to survive, but the ultimate destination is death! Will they be able to escape?

‘The movie will keep audiences hooked till the very last minute, it will keep them guessing what comes next.

We have had a few private screenings, and I am overwhelmed by the response. I can’t wait for December 3rd!’ Carlos said in excitement during a candid interview with the local media. The story of Party Bus promises to keep viewers’ eyes glued to the screen for 92 minutes with its gripping tale of situational greed and accountability, which will leave the audience awe-struck by the climax. The movie also features Chelsea Claire, Angel Ruiz, Nicole Camacho, Ashli Phoenix, and Michael Jovon Bennett in supporting roles.

Shot in a bus, the movie-making process was much harder; on a budget, the team didn’t have the luxury to rent the bus for a more extended period of time and had to follow a strict shooting schedule of 8 AM to 8 PM, which was often disrupted by the bus owner who would show up late. In an interview, Carlos shared the difficulty of shooting in a compact space, managing angles for a shot which would take many hours, adjusting hefty camera equipment and controlling the lighting. The director appreciated his cast and crew’s dedicated team effort and professionalism. ‘All the actors have lived up to the expectations. They are versatile and understood the limitations we had,’ he further shared. Connect over Instagram and Facebook for direct interaction with Carlos Berber.

Produced by Cassidy Torrey, Jasmine Berber, and Rubin Nino under the banner of Berber productions and Visually Inhale Productions, Party Bus comes as a breath of fresh air to the Covid-19-stricken entertainment industry. Viewers have been desperate for quality content to watch after pushed releases and shut down of cinemas. Distributed by Midnight Releasing, the film is building high anticipation all over social media for its jaw-dropping trailer. To watch the trailer, head to PARTY BUS (coming soon!) | Midnight Releasing.

Upon asking about directing his own wife, Jasmine Berber, Carlos replied cheerfully, ‘She has been my rock solid support system, my team was down with Covid and I had no clue about the future of Party Bus but she was confident we will finish it.’ Jasmine will be seen in a double role in the horror suspense thriller on December 3rd; remember the date!

Follow the links below for the lasted updates with Director Carlos Berber https://www.berberproductions.com/

Click link for updates on all available streaming platforms for PARTY BUS!