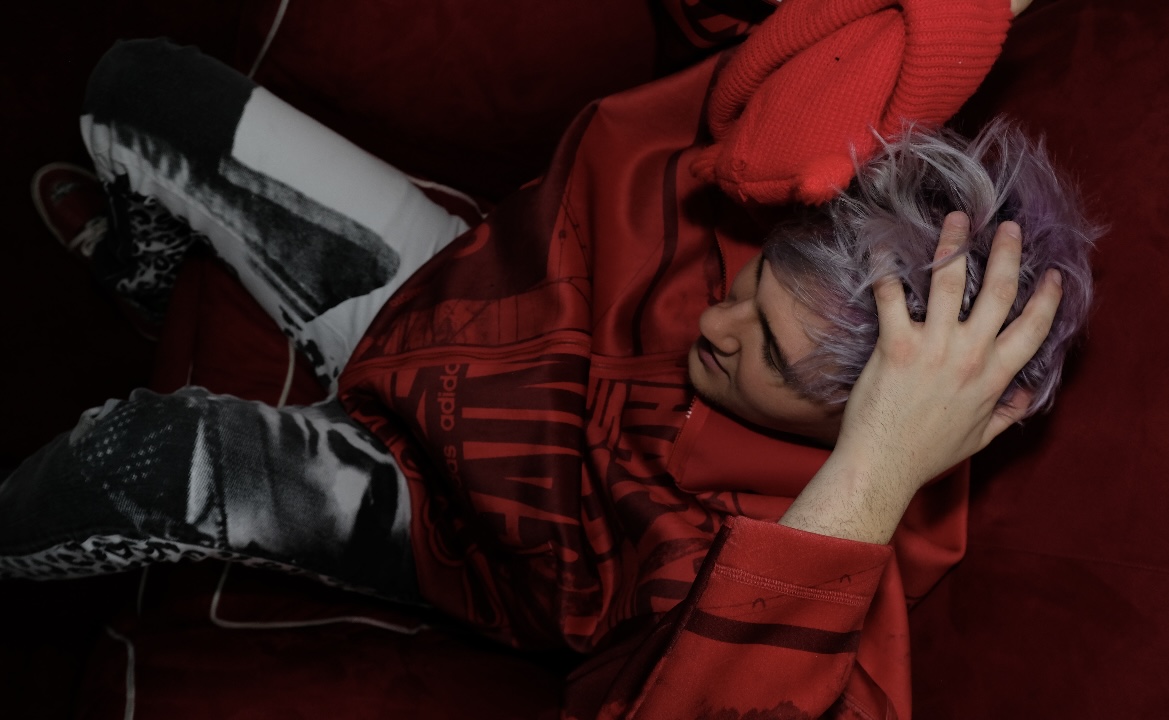 Here at Red X Magazine we had the amazing opportunity of interviewing Lex Lidia. LEx Lidia is a vocalist, songwriter and humanitarian. LEx has spent the past few years of his career experimenting with sound, genre, and collaboration to create his own style entirely. Now striving to create a more unified world through music, LEx utilizes his platform and voice to build community and connect people worldwide. Melting jazz, soul, hip-hop, and reggaetón influences throughout his sound, LEx doesn’t identify with a singular genre. Instead, he creates music that speaks to his soul and experiences as an individual.

I was always fond of writing stories and expressing ideas through art. Before beginning my journey in the world of music, I sought to invoke feelings and moods through visual art. Once I started producing music in high school, I began to listen to music from all areas around the world. I immersed myself in worlds of melodic motifs. I was hooked; what truly inspires me to write music is my passion for putting sounds together because it makes me happy, and I love seeing it bring people together.

2. When did you realize you were going to make music professionally?

The first time I involved myself in music was through a school choir. I was in eighth grade, and we were set to perform at Carnegie Hall with other schools. Our instructor thought it would be a great idea for us to sign up for solos. I had never done anything like that, so I was hesitant but gave it a shot. We submitted a performance, and surprisingly I was accepted to sing a solo at Carnegie Hall. I remember the butterflies fluttering around in my stomach as I walked onto the stage in my queue. As I took a deep breath and started singing, my nervousness washed away, and the shock of adrenaline pulsed through my body. I was where I was supposed to be, and I have never looked back ever since then. I realized then that music made me feel whole. It was the vessel that harnessed my soul.

3. Tell us what is so unique about you and your music?

I would say that what makes me unique is that I had a hard time finding out my identity as I grew up. Coming from a Mexican household in Southern California, I had several musical influences. I struggled to find a sound because it seemed that genres rotated like fashion for me in my youth every couple of months. I was in a punk band playing bass, and I was studying contemporary opera another day. I started producing and recording with talented hip-hop/rap producers and soon began programming Jazz ensembles and symphonies. I’ve ventured into creating music in my mother tongue, recording Reggaetón, and Spanish trap songs. Only recently did I find out that it’s ok to feel lost. People can push you around and say that what makes you unique is a weakness because there’s no “target audience” for someone who wants to relate to multiple genres. The only reason genres like jazz evolved to bluegrass, then to blues and rock ‘n roll was a thirst for expression to liberate people of their shackles set by society. Expression with no limits. A vast sonic world of infinite possibilities is the realm in which my mind lives. I make music that’s true to who I am and how I feel at the moment when I record it.

4. Can you tell us about your latest releases and what inspired you to create them?

My latest releases are two songs called ALL ALONE, and the other one is called RIDE 4 ME. ALL ALONE describes a story of the feeling that we all seek company from others, whether a loved one or a significant other. Growing up can be challenging and unpredictable. You don’t know what’s right or wrong; you just have to follow your heart. The song describes feelings of regret from self-sabotage in a relationship, which leads to repairing a broken heart. It features a sonic background that varies on the spectrum of hip-hop and vapor-wave.

The song RIDE 4 ME was written as a serenade to my loved one, explaining to her my concerns about growing together as young adults. The song delivers the question if love has the power to keep people together while pursuing their individual passions. In conclusion, you must first love yourself for intimacy with others. Seeking and demanding something from someone else will never give you the satisfaction you want. This song was performed on a hip-hop-style production with a solemn lead flute melody to set the scene.

5. Can you give us a brief insight into your upcoming projects?

I have recently shot three music videos with JR Visuals and moods BMP. My next release is ST4R GIRL, which will drop in late June. This new song is by far my favorite. We’ve taken the idea that a star girl is “the main significant other in your life that you would do anything for” and have distorted this idea into a sci-fi thriller music video. We’ve collaborated with Apple, and Makie Dawson, renowned Hollywood FX makeup artists, to bring to life the idea we conceptualized. They transformed our Star Girl, Effy, into a stunning inter-dimensional being. I really can’t wait for you guys to see this music video.