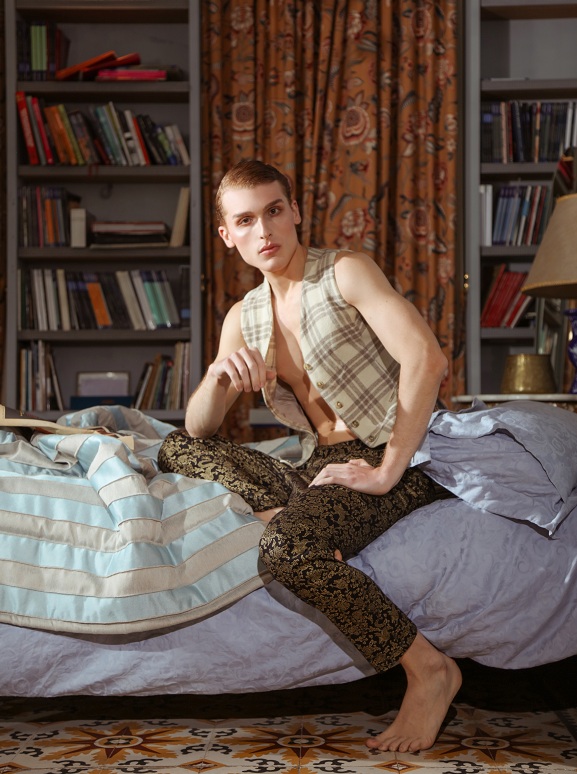 The world of fashion is often associated with glamor, sophistication, and perfection, with models being considered the golden standard for beauty. In recent years, however, the industry has slowly evolved into a more natural and common view of everyday life with the emergence of younger and more outspoken models. Adel Serhal is among these new breeds of fashion models that are slowly changing the game.

Adel Serhal. The Ukrainian-Lebanese model made waves in the fashion world, and it’s not hard to see why. At just 21 years old, Serhal has already accomplished more than most people do in a lifetime. He’s been featured in numerous global campaigns, and leading fashion magazines, and has walked the runway for some of the biggest brands in the world. What’s even more impressive is that Serhal is self-made. He started modeling when he was just 16 years old, and within a few short years, he became one of the most recognized faces in Ukraine and Lebanon.

Such things are considered huge leaps in the social media celebrity industry, especially given the fact that there are many other popular models on both Facebook and Instagram. Such huge leaps for Adel Serhal happen for various reasons. First of all, Adel’s followers seem to admire his active lifestyle. Today, adventurous lifestyles that involve going on trips, taking photo shoots and videos, and more, are the preferences that keep visitors wanting to stay on a celebrity’s Facebook or Instagram account. These entire things are the things that we can conveniently observe in Adel Serhal’s social media accounts. Indeed, there is a lot of social media content in this Ukrainian man’s account that involves swimming pools, gyms, various touring places, cameras, and solid-colored backgrounds that resemble power and personality.