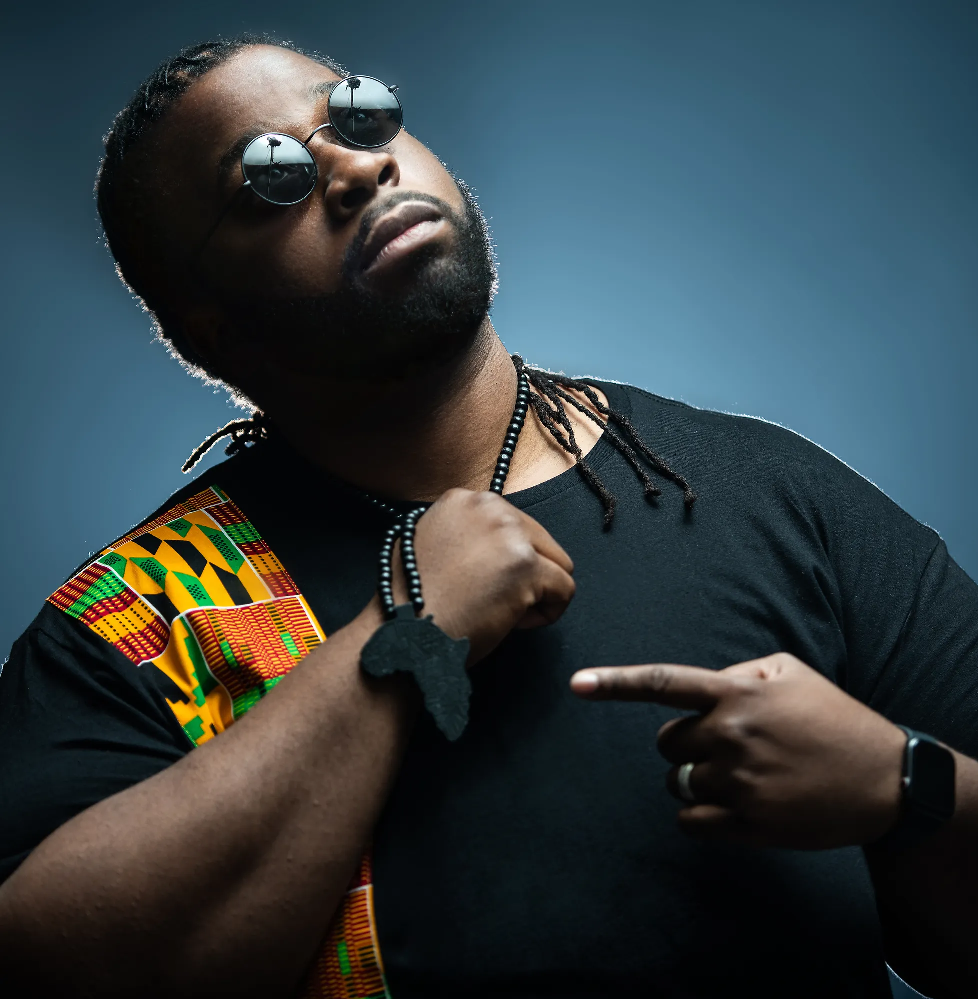 Giles is one of the most fully developed artists debuting in 2022, with a multi-genre sound grown from his appreciation for all types of music. He incorporates a wide range of influences from other genres into his home genre of hip-hop, creating anthems which empower people to overcome the current problems in their lives.

His appreciation for music blossomed during his college years, where he had learned to think of music as a series of moods and styles structured like vocabularies and grammars. He learned of the ways musical devices from a multitude of genres affect people, learning to sculpt soundscapes which take listeners from one state of mind to another.

He says, “I have an affinity for putting music together from a theoretical perspective. I am open minded to all genres, and I am aware of the rich sonic possibilities that occur in the relationships between melody and harmony. At the same time, I stay sharp. I love the history of society, culture, and art.”

He understands that music holds a special power in people’s lives, able to change the ways they see the world. When crafted well, music can better the experience of life by reframing how people see their everyday life.

Thus, in a world affected by pandemic, conflict, and inequality, Giles makes music for the people. He makes what people need. His music aims to reorient others from the disorientation of our times, serving as hip-hop pep-talks that celebrate those who are surviving and overcoming the 2020s.

His first single “Alive” manifests this mission, released on March 11, 2022.

His current mastery of music took over decades of work to develop. Before he picked up his current moniker, Giles began his career under the alias Vthov, releasing mixtapes such as Books over Bullets and Amongst the Stars.

Along the way, Giles befriended the artist Cody ChesnuTT, becoming the music director and pianist for his band. Through repeated run-ins between Cody and John Legend, Giles was invited by John and Cody to work on the 12 Years a Slave soundtrack. In his work as a performer, Giles has opened for legends such as Stevie Wonder, Nas, and Bryan Adams.

Through his direct work with music’s greats, Giles has amassed a large collection of sounds he loves. His awareness of how each of these sounds work in a variety of contexts afford him an expanded sound palette and sophistication. His deep intentionality allows for him to carefully weave influences together like patches on a quilt.

The change of name from Vthov to Giles signals a change in himself – that he is now at a point of proficiency, growth, and comfort. He has full creative control of the worlds he wishes to build.

He expands, “At the same time, Giles is my family name. I’m proud of it. I am representing my ancestors, family, and my values with it.”

“Alive” is a single that brings together influences from rock, blues, and soul, and even adult contemporary, deep house, and synth funk. United by the musical grammar of hip-hop, “Alive” carries many feelings at once – angst, euphoria, doubt, joy – arranged in layers like a building.

The lyrics are half in song and in rap, almost like those of Cee-Lo, Drake, or Logic. The chorus incorporates power chords from rock music, creating sparkling anthemic and celebratory peaks. Giles creates a sense of tension and relief by moving between the genres of hip-hop and rock.

Giles originally wrote the song for himself, worried about his time away from the spotlight. “It was terrible. I felt like my dream was dying,” he says. He reflected on what was lost in recent times: willpower, opportunities, money; realizing that he was in a state of survival.

By looking out at the world, he realized something. “I had realized that the COVID-19 pandemic was one of the first times in contemporary history where everyone around the globe is united in survival. We should recognize that we are all survivors. That was the aim of ‘Alive’,” he says.

The song’s wide sound palette allows for it to move across context.

Giles decided to release the song in response to the current events in Ukraine, inspired by the will displayed by its citizens. Upon realizing that his pep-talk to crisis might resonate with the experience of those in crisis more broadly, Giles felt the need to release “Alive” as a form of commentary.

Now, Giles is hard at work on more music.

This summer, Giles will release “Grinders and Hustlers”, a hood anthem dedicated to everyone who helps keep society running in times of crisis. The track celebrates unrecognized work, empowering listeners to see themselves as valuable. In the fall he intends to follow that up with “Oscar Worthy” which builds upon the adage “Life is a movie” challenging us to make our movies Oscar worthy!

Be sure to stay connected with Giles on all platforms for new music, videos, and social posts.