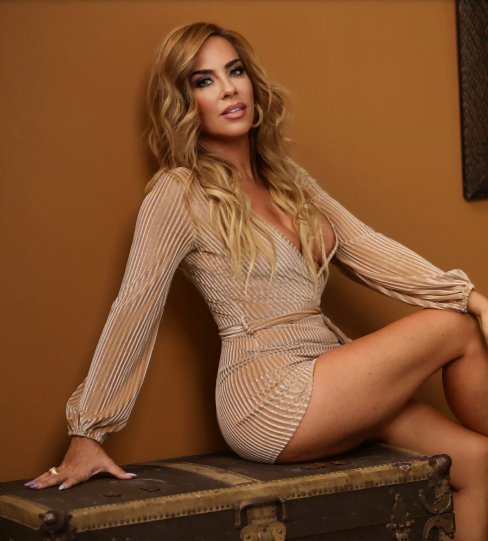 GOLDHEART Productions is a creative TV, Film, and new media production company that
believes in and supports gender and minority equality.
Founded by Bruna Rubio, an empowered, talented and inspiring Latina woman who, with her
hard work, has managed to open many doors in the great Hollywood industry.

From an early age, Bruna demonstrated a passion and talent for acting. She was born in Spain,
where she got her first job in television commercials. At the age of 20, she worked as an actor
in the renowned program Cruz y Raya.

There, she realized that she wanted her work to be recognized beyond the Spanish border, so she moved to the United States, where she continued her successful career in Miami and Los Angeles.

The United States has become her second home and has given her the opportunity to continue her acting career and explore other fields in the world of entertainment, but this time, behind the scenes as a producer and writer.

Bruna’s passion for the cinema and her desire to get ahead as a woman in the Hollywood
industry have motivated her to open her own production house, where projects such as “El
Tigre Callejero”, “Las Parcas”, “Nevaeh”, “Brutum Fulmen”, and “Vampiras”, among others,
have become a reality and have been recognized and applauded in different festivals around
the world.

“Las Parcas” and “Vampiras”were filmed as short films and have been very well received by
audiences at festivals and by investors who are interested in making them feature lengths. The
two stories have as protagonists women who come from a mythological and fantastic world to
do justice on earth.
“Nevaeh” is a psychological thriller that explores, in an exciting and unique narrative, what a
woman is willing to do to protect the most precious thing in her life, her daughter Nevaeh.

“Brutum Fulmen” is the story of a woman who struggles to keep her spirit alive in a
transcendent dimension far away from the pain and the abuse of her husband.
These four projects, with women as protagonists in front of and behind the camera, show the
desire of GoldHeart Productions to end the discrimination and the rejection of minorities in the
industry by supporting diversity in the selection of talent and production crews from all over the
world.

Beyond being a persona in cinema, Bruna wants to be part of the cultural change that is
happening in Hollywood by sharing her experience, her professionalism and her
“GOLDHEART” with people in the world of film.

With offices in Madrid and Ciudad de Mexico and a studio in Los Angeles, the heart of
Hollywood, Goldheart Productions offers these venues to all who want their stories told.
Visit their website to get more information at www.goldheartproductions.com and follow them
on Instagram @goldheartproductions and @brunarubio.

Also Read: Vigilante becomes the most Influential with the new Single Fly Away