Griffin Kapelus on the Transforming Power of Helping Others 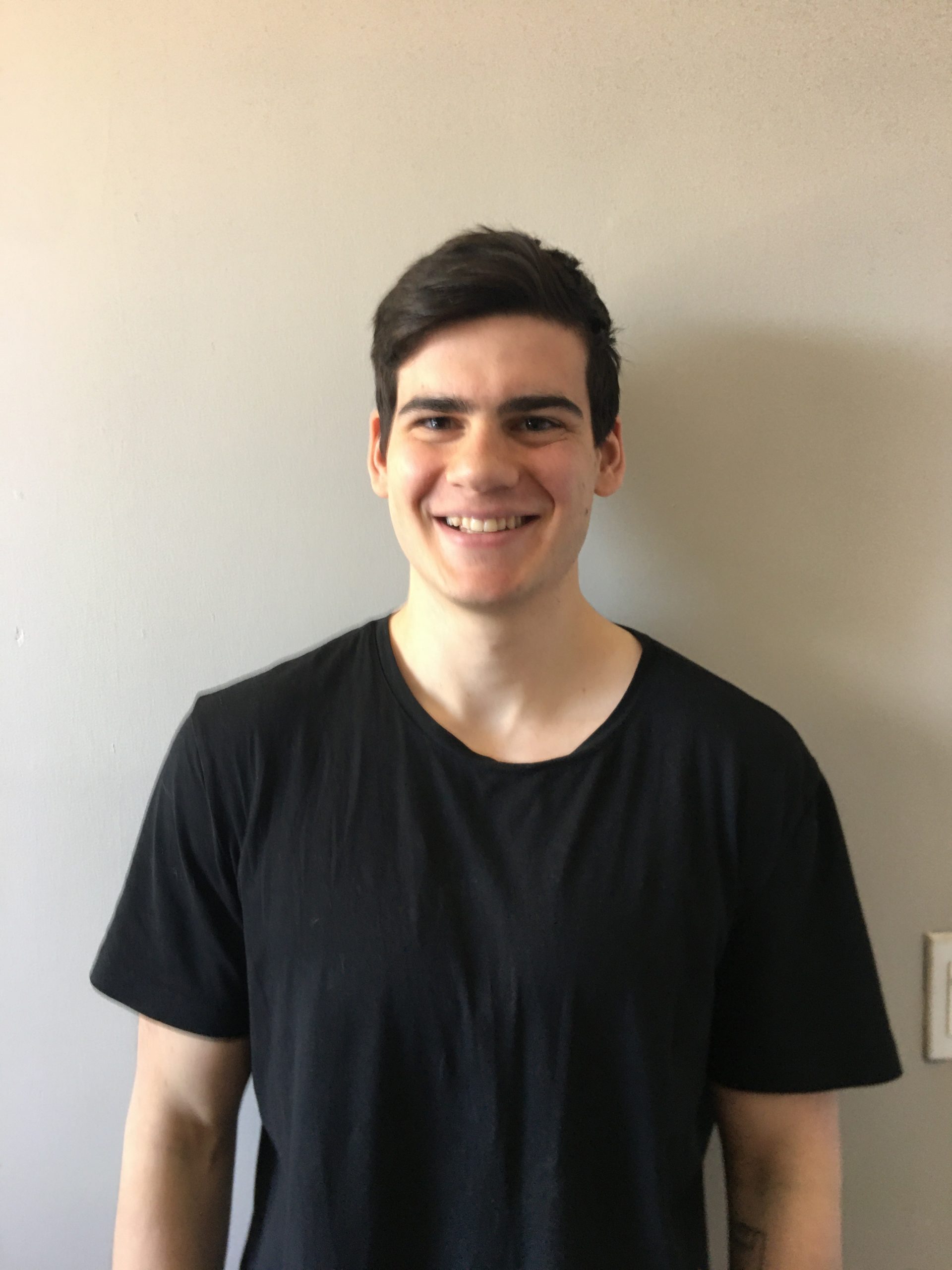 Griffin Kapelus is a student at the University of Vermont who spends his free time helping the homeless and combatting food insecurity in Burlington, Vermont. He learned from his parents the importance of making a difference and helping others and being on the front lines to combat income inequality and economic justice.

COVID-19 was such a destructive force in so many lives and he sought out ways to give back. He began helping out at West Side Campaign Against Hunger, a food pantry in New York City. As a volunteer, his role was at first limited to helping with moving boxes and packing bags. However, as his time there continued and he took on additional hours, the role grew. He interacted with people who had been food insecure for many years and others who began coming to the food bank due to the economic collapse brought about by the pandemic.

When he started at University of Vermont began volunteering at an organization called Feeding Chittenden, which is focused on tackling food insecurity in Chittenden County, where Burlington is located.

Kapelus observed that Feeding Chittenden was an interesting contrast to his volunteer work in New York. However, the most meaningful part of his summer was the job he took at a homeless shelter in Burlington. It was his first time as a paid employee doing social work, and he had far more responsibility than he ever could in a volunteer capacity. The ability to interact in a more significant way with the homeless population in the Burlington was personally transformative.

In fall of 2021, Griffin Kapelus taking classes in person at the University of Vermont, and his most important job will be that of a college student.

We recently had the opportunity to connect with Griffin Kapelus and learn a little more about ways he has helped others and made a difference.

Can you tell us about a time you had a positive impact on the life of another student?

While I had the pleasure of helping several new students as a peer mentor at school, I am particularly proud of the difference I made with one. For his privacy, I will use the pseudonym, Alex.

Alex and I had our first meeting on the first Friday of the semester. It was always meant to be short: I spent five to ten minutes explaining my role as a peer mentor, telling him what he could expect from our meetings, and providing some useful resources offered by Students Accessibility Services that could help his transition in the first few weeks of school. At the end of our meeting, I cheerfully asked if he had any questions. After taking a long and thoughtful pause, he stated that he did not. This silence was at odds with my other mentee introductions, where I’d had a multitude of questions thrown my way.

While it was different, his choice not to speak up did not massively surprise me. Despite his happy-go-lucky demeanor, Alex seemed reserved and unsure of himself. He appeared to be unsettled in this new environment, very much feeling the waves of a big transition. In those first two weeks of meetings, I simply could not get anything more than one sentence answers from him.

Out of pure luck, that changed in the third week. As Alex approached the bench where we decided we’d meet that day, he was in the midst of removing his headphones. Simply out of curiosity, I asked him what he was listening to. I frankly don’t remember which song he mentioned, but it sparked further questions from me, and for the first time longer answers from him. As it turned out, Alex was rather obsessed with music. I knew that he played a few instruments, but in this conversation, he enthusiastically talked about his musical family and his involvement in a high school band. We learned about a shared love of classic rock, and he gave me some artists to look at in the world of R&B, a genre in which he was well-versed.

This conversation opened the doors for a bond between us. Alex finally seemed to grasp that I was a trustworthy ally who was there for his benefit, and he started bringing up all the questions and concerns that I can only assume he’d been holding in up to that point. For the following month, if not more, Alex came in ready to talk about any issue that was present at the time of our meeting.
I knew my peer mentor role was limited. I was not a member of the campus administration, and I was definitely not a therapist. However, I occupied a unique little niche between fellow student and an advisor of sorts that proved to be useful for Alex. It allowed him to be completely open with me as a fellow student, but still gave me room to offer solutions.

My primary role was to act as an encyclopedia of the campus, directing Alex to the right places for help, and introducing him to resources on campus that he didn’t know existed. For example, when Alex was struggling with writing at the college level, I helped him find weekly tutoring in the writing center. When Alex mentioned loathing his living situation, I helped him connect to a counselor at Student Accessibility Services who could help him look for an opening in a different dorm.

It was not all about simple solutions, though. In one meeting, Alex mentioned that he was struggling to meet people and felt isolated. There was no one-and-done solution, but I tried to provide some perspective. I made a point to note that it was my first year on campus too and acknowledged that meeting new friends is not always a rapid process. I threw the kitchen sink of suggestions at him, saying he could join clubs, hang out in common spaces instead of his room, join an intramural sports team, or sign up for any variety of off-campus activities sponsored by various student groups. Without directly saying it, I stressed the need for Alex to put himself out there a bit more. This was clearly a difficult step for him, and he was hesitant to embrace that idea. To Alex’s credit, though, he eventually took on just about every suggestion I made despite those actions being outside of his comfort zone.

That month of working to build his college life was not necessarily easy for Alex, as he was constantly putting new pieces into place. His constant push toward academic comfort and social fulfillment was stressful, but he persisted. Despite the struggles and fatigue, Alex kept following the advice of his support system, myself included. At many points, there were no solutions, and I just had to be there to hear him out as a fellow stressed-out student.

Eventually, Alex began to see the fruits of his labor. On a cold November day, I sat down for our weekly meeting and waited for Alex to show up. As he walked into the common space where I was waiting, I distinctly remember noticing a newfound confidence in the way he carried himself. As if out of nowhere, Alex seemed entirely at home on campus. He was enjoying and thriving in his classes, had found a dorm where he felt comfortable and connected to his roommate, was actively engaged in his passion for music, and continued to explore newfound hobbies. Towards the end of the semester, the questions had stopped flowing once again, but this time it was because he was thriving on his own. 30-minute talks had become 5-minute updates.

I would never take credit for this massive change I saw in Alex in such a short time. There were other far more influential pieces of his support system that allowed him to thrive, and the confidence Alex found on campus was entirely due to his own hard work.

I do, however, take immense pride in being even a small part of Alex’s successful transition into college life.

What Enables Matias Galindo To Mix Business With Leisure

Navigating the Art of Starting a Business Post-Pandemic: Lessons from The Sculpted Vegan