HAILSTACKZ IS THE NEXT BEST R&B ARTIST OUT OF THE DMV !!! 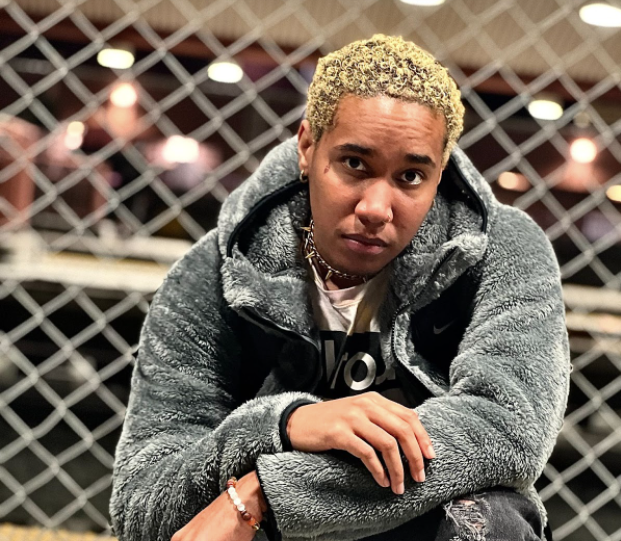 Hailstackz was born and raised in Virginia. Stackz is the baby brother to his eldest the two are 4 years apart. Hailstack joined the military to get away. He took a passion in creative arts and decided he wanted to further himself into the entertainment scene making a name for himself in Houston with shooting videos for the local indie while he focused on his studies.He graduated from Full Sail University with his bachelor’s degree in digital art and design. After graduation from college, Hailstackz found himself moving to Austin Texas, filming music videos for local indies.Years later Hailstackz found himself in Orlando, Florida  where he became more attracted to the rapping side of the business and began making music. His studio consisted of a Macbook and a pair of Apple Headphones.

At the age of 26, Hailstackz came out as Transgender and followed through with hormone therapy (Testosterone). At the age of 29 Hailstackz moved back to his hometown to be closer to family. This is the year that Hailstackz found out he was bipolar and on the wrong medication. Hailstackz didn’t feel safe being around the city, because there are a lot of closed minded people. Recently he ended up being jumped by 5 men at a club called “Hard Times”. Reaching out for help, the police, only to find himself the victim of police brutality like 2pac and many of the other greats. In hopes of the community to help he reached out but did not receive any. Through everything he has been through, he still leads with love and not hate for the people who misunderstand him. He says it all the time, “if you wish to know me, listen to my music”. He’s currently working on his album and it is said to be one of his best titled “Metamorphosis”.Hailstackz recently released a single with FRQNZY called “4 The World’ ‘.

It is going to be the song of the summer. The two are planning the tour; the dates consist of in-state bookings and out the country such as Europe,UK,Africa and Canada. The new EP the duo’s about to release is titled “Bipolar Love”. Following the lead single “4 the World” We are excited to see what the future holds for Hailstackz & Frqnzy.