HAKKI'S: A CHAMPION OF GOLD HEART 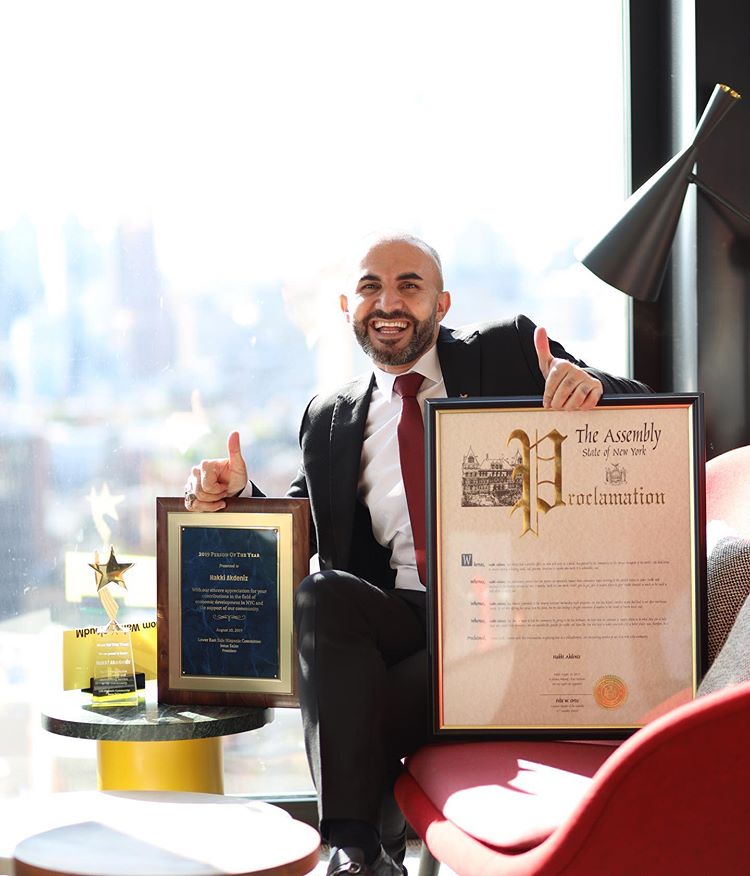 2020 has been one of the toughest years. From pandemics to all time unemployment highs, there is no doubt that this year will have its downturns forever edged in history. For most, this year has meant survival for friends and family. Yet, it seems that a simple pizza chef is taking things further, reaching beyond his own circle of people to help strangers in dire need.

Hakki Akdeniz, owner of Champion Pizza, is one of the hidden gens who has been helping feed the homeless during a year where they were hit the hardest. From hurricane to pandemic, https://www.instagram.com/p/CHudcMtFioW/?igshid=1d18mt8t7oe2a nothing seems to stop this man from being charitable to his greatest capabilities. Of his impressive charitable acts including delivering food to the homeless via food trucks during a recent charity event in New York City. That is just one event of many more events which he has already done and continues to do. Hakki Akdeniz recently began a new company, Hakki’s Pizza, which is now selling frozen pizza at supermarkets.

Hakki Akdeniz does not limit himself to giving out food to the homeless. He also gives out money and clothes, some of which as seen on social media even tend to be his own clothes. https://www.instagram.com/p/CJPQ0zxFkt0/?igshid=kfh8296lhjyy

I asked Hakki what his inspiration was for giving out so much, especially during times of scarcity where giving is the hardest thing. He said “You know, I really just want to give back. I once was homeless too, and I know what it’s like to be there. That’s why I feel the need to help those in need and spread love and kindness to everyone regardless of who they are. My goal is to inspire others to do the same. I believe that if we can all work together more, then anything will be possible. Just look at me, no one would’ve thought back when I was homeless that I would’ve created such a large brand. This is why we need to give back. We need to give everyone an equal chance to chase opportunities which they were never able to get because of their situation.”

I asked Hakki Akdeniz how he was able to spend so much on charitable deeds, assuming he must make a lot of money. I also asked how he expects the average person to do such charitable deeds if they don’t earn such large amounts of money. Hakki Akdeniz answered “I really don’t have as much money as people think. But, the one thing I believe in most is the cycle of life. When I give this money to the homeless, good things always come back. But I don’t do it for good things, I do it to genuinely help them. I am saying this because I want to encourage more people to do more to help. Anything can be done, it doesn’t have to be money. It can be as simple as giving advice to the homeless or some other simple actions. Charity does not always have to be glamorous, as it can be as simple as spreading kind words to the homeless and showing them the same respect you would show anyone else.”

A champion of gold heart, Hakki Akdeniz uses pizza and compassion to help the homeless and serves as an inspiration to others to do the same. To keep up with Hakki, you can follow him in Instagram @hakkiakdenizz

Can I Pay For My Assignment?