Have you heard the new song "Hate Me" by K-per Lucem yet? 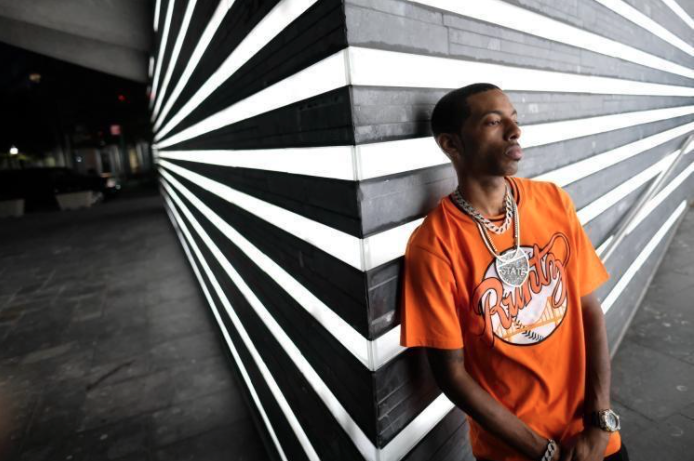 Following the release of a number of excellent pieces, K-per has released another remarkable and entertaining song, “Hate Me”, for his fans recently on June 4th. The song opens with wave effects in the background and intriguing piano notes in the forefront. Then the rap begins with K-per’s voice, followed by the sudden entrance of flawless drum rhythms. The singer meticulously displays his distinct flair in the song, which has excellent lyrics and is ideal for lovers. It is already available over the internet. You can listen to the song on multiple online music platforms such as Spotify and SoundCloud.

Dana Farmer Jr. stage name K-per Lucem is a talented independent artist from Manhattan, New York. He is a rapper, songwriter, and hip-hop recording artist looking to build a name for himself in the entertainment industry. Though it is only the beginning of his music career, K-per Lucem has demonstrated a natural ability for music. In high school, he would play the saxophone, which sparked his interest in music. It also helped him strengthen his musical sensibility. The saxophone exercise taught him about the highs and lows of notes as well as their harmony. The young artist quit college to achieve a specified goal regarding his passion. For this purpose, K-per and his younger brother Jordan Farmer Aka Soho co-founded Realer State Entertainment, a music recording studio. K-per eventually began singing and launching songs on occasion. He made many connections with renowned artists and collaborated with them such as Kay Owe, and CiCi Monae. Rumor is, there are going to do a project together. His tracks have received a lot of attention on the internet. They are all available on prominent music services such as Soundcloud and Spotify.

After the release of successful hits like “Go Swimming” and “Hate Me”, K-per publicly announced that he would drop another song soon. However, there are currently no details available about the upcoming song. Who knows this will be K-per’s project with Kay Owe, and CiCi Monae.

K-per Lucem has a bright future in the music industry if he continues his quality work like “Go Swimming” and “Hate Me” in the future. For now, let us all support the admirable work of this new artist by following him on social media. Links are given below.

To listen to his songs, you can visit his profile on any of the following music websites: