How Content Creator And Entrepreneur Chloe Yonker, AKA The Cummins Cowgirl, Uses Social Media To Leverage Her Brand 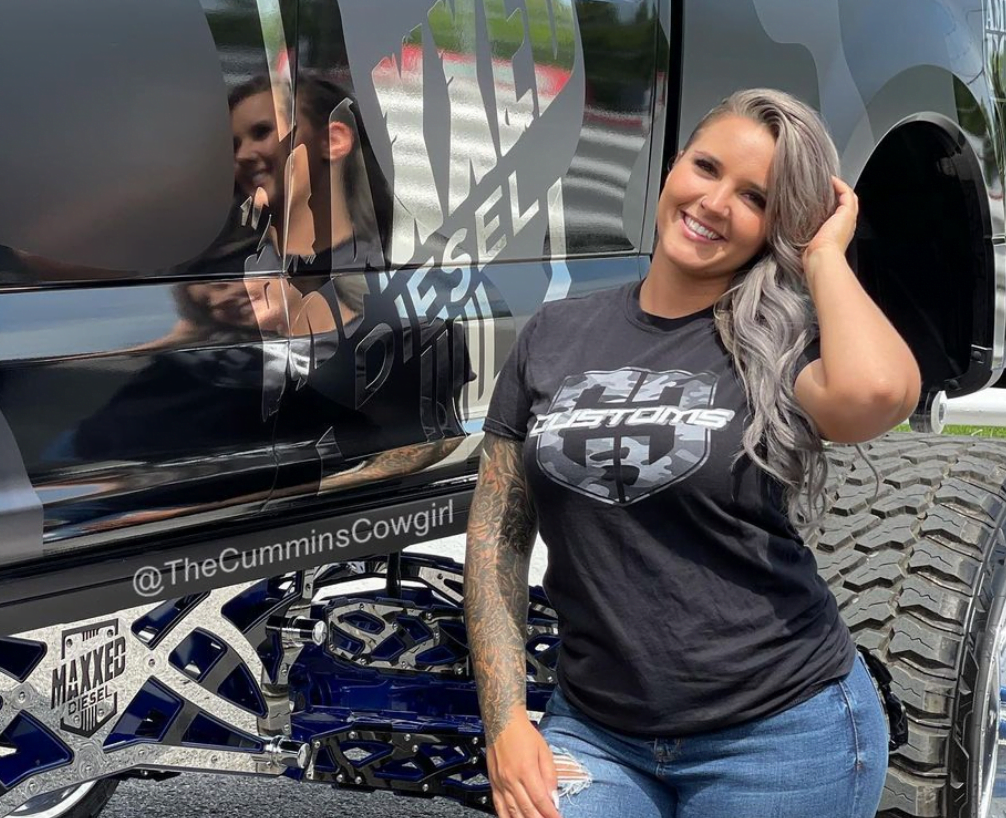 Chloe Yonker, aka The Cummins Cowgirl on social media, is a heavy-duty diesel mechanic turned full-time content creator and entrepreneur. From wrenching on semi-trucks, Chloe is now working on trucks at her shop because she decided to start her brand.

‘I wanted to be independent without working for another company so I could have more freedom of where I go, who I work with, and just build my brand,” she said.

She has been able to sell her merchandise internationally in countries like Australia, Sweden, Canada, New Zealand, Mexico, Finland, Turkey, and more. And her genuine attitude has earned her loyal followers across her social media accounts.

Using The Power Of Social Media

As a content creator, Chloe uses social to help boost her brand and advertise her services.

“I market everything on there and now that I have a larger following, Iʼm able

to leverage that with companies to advertise for them as well,” she shared.

But unlike others, Chloe doesn’t just use her position in social media to boost her career as an entrepreneur. She also uses it to send positivity and inspire others to follow their dreams as she did.

“I think being 100 percent genuine is the biggest thing. So much of social media is fake, itʼs a breath of fresh air when someone is just real and genuine and thatʼs what I strive to be,” she said.

Chloe also shares that being an entrepreneur doesn’t change how she interacts with the other players in the industry. Instead of competing with them, she maintains a good relationship with others since she believes it’s better to be able to help each other out rather than be condescending towards one another.

The inspiration behind Chloe’s success can be owed to the people who believed in her and the successful women who came before her.

She shared that some of the people who encouraged her include strong women entrepreneurs and female mechanics who she follows on Instagram.

“Itʼs amazing seeing other women succeed and do big things because it makes me want to push harder and do some amazing things with them,” Chloe said.

And now that she’s in a similar position to become somebody’s role model, she makes sure that her actions and goals will influence others in a good way.

“I want to be a positive influence on everyone, but I especially want to reach women and the younger generations to show them that you can be a female in a male-dominated industry and succeed as well as showing young ones that being hands-on and working on things is worthwhile and an amazing trade/skill to have,” she said.

One Practical Tip On How to Excel In Life From Bryan Clayton, the CEO and Co-Founder Of GreenPal