How igobyneq’s is Changing Her Life Through Music 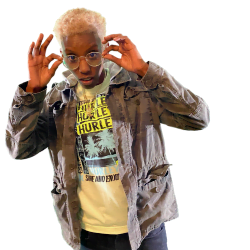 Music has its own way of impacting people’s lives. It can make people feel a variety of emotions, recall memories or feelings, and even inspire them to make a move for themselves or for others. For American hip hop singer and songwriter igobyneq (pronounced eye-go-bi-neek), music is a way for her to change her life.

At 13-years-old, Neq started making music but she never thought about the money she could make, and how that could change her life.

“I started rapping and making songs in 2005 after seeing Lil Romeo on 106 and Park,” she said.

But what started her career in the music industry happened a few years back when she saw what happened with rapper Lil Wayne. Neq then wanted to learn the music business, which ultimately led her to teach others.

As she grew up, she began to see the way music changed other people’s lives. Now she’s hoping to one day have her life changed too.

In October 2020, the American hip-hop artist dropped “Not the Same Girl,” an EP that debuted with over 19,000 streams in 24 hours making this her fastest-growing release to date. igobyneq and her team are currently focused on landing her a lucrative record, or publishing deal that will help bring her sound to the forefront of music.

“This year I want to be seen and heard. Right now, I am focused on dropping singles. I just released a song called ‘Nights in the East’ and I have another record ready to drop called ‘Nobody Like You’ featuring a dope artist named PriyatheMystic. She’s from New York,” she said.

As she goes through life following her dreams, Neq recognizes the importance of building solid relationships with people so that she can find inspiration and support.

“It’s always good to have friends in high places and friends going places,” she said.

Some persons who have impacted Neq’s life include her brother Mr. Newtron who is also a rapper. Neq also mentioned that her girlfriend also serves as her photographer, videographer, and so much more.

But despite her personal connections, the artist has learned how to stay professional as she makes her way to the music industry.

“I’ve learned to control emotions, never let the left hand know what the right hand is doing, and, most importantly, always follow through with what you say you’re gonna do,” she said.
Learn more about igobyneq through her website, https://www.igobyneq.com/. You can also check out her Facebook, Instagram, and Twitter accounts for more information.