How Jordan Griffin went from a novice to a semi-pro, with a look from Barstool Sports 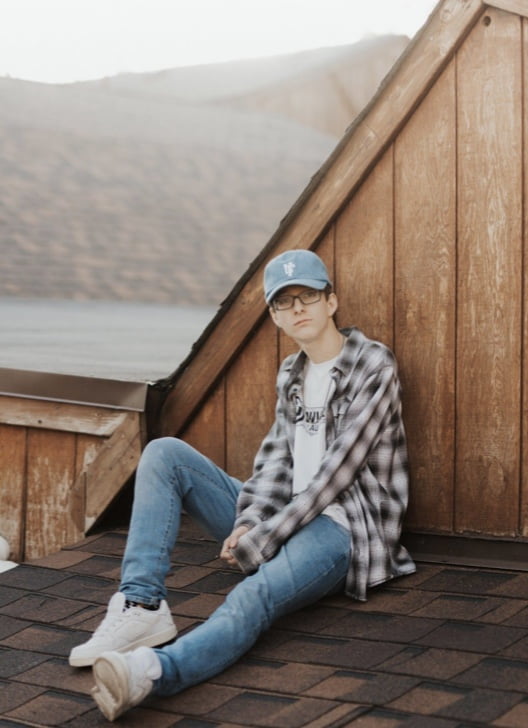 From the Sticks to the Board: How Jordan Griffin went from a novice to a semi-pro, with a look from Barstool Sports

It all started with an apparent addiction to the Tony Hawk Pro Skater game on the PlayStation 2, pulling tricks off with the touch of a button, with one of the best skaters in the world. Jordan Griffin successfully achieved these dreams that were once at the tips of his fingers, and manifested them, becoming a semi-pro skater all at the spry age of 21.

Jordan Griffin, grew up in a household in Doylestown, Pennsylvania, with both of his parents, his little sister, Hatch, a close friend of his and one of his lifetime friends Matt, whom they took in a couple years ago.

Even though time has passed by, and he has picked a lot of skills up at a rapid rate in the skating world, everybody has to start somewhere, including Jordan himself, despite the ease in which he now performs the multiple tricks that exist in his arsenal.

Griffin first took his casual interest in skateboarding from the sticks to the back of his driveway in the third grade, trying to pull off an ollie with the help of his neighbor on his lawn, but to no avail. But, in the fifth grade he took another stab at it, when his three friends Jared, Greg, and Kevin, whom he all grew up with, asked him if he wanted to go skating.

For the first couple of months, they would all go to the blacktop, but while his peers were picking up tricks fast, his progression was slower than theirs.

“I’ve always skated with this fear in the back of my head at first,” Griffin said.

In the years following, Griffin would oftentimes find himself losing interest in the sport, but always gaining that interest back through looking at pro skaters such as Paul Rodriguez and Manny Santiago.
“P- Rod… I’ve always looked up to Paul because I used to watch his skating videos, and interviews on YouTube, and he would always get me hyped to go skate. Manny, I loved his attitude, he was always smiling, and is such a down to earth guy,” Griffin said.

The difficulty in learning these tricks was the reason why he loved the sport, having a naturally fiery passion for it.

“It was always something to do, I’ve always liked the challenge, it was always motivation for me. Getting bruised up, putting yourself through different pain, is what it’s all about,” Griffin said.

This was a jumpstart for him, leading back into what would ultimately be a passion that would follow him and be his outlet for the rest of his life.

Griffin has now been skating for over 11 years, while creating and broadcasting his talent and arsenal of tricks for just under seven years, traveling across the tri-state area and beyond. He has built a broadband, strong and core skateboarder fanbase, with his Instagram page achieving just over 145,000 followers. He has also branched out from just posting skateboarding content; creating music and starting his own clothing brand, GriffGang Worldwide. He has also gotten big looks from skating-based: audio based companies including the likes of Thrasher and Wicked Audio, among others.

Out of nowhere though, came an opportunity, at the hands of Barstool Sports, a mostly team-sport and pop culture based program, who has generated a following of over 8 million followers on Instagram, along with their own website as well.

“It all started from a DM,” Griffin said.

A filmer for Barstool Sports, Mike Wallace, direct-messaged Griffin, asking him if he wanted to be a part of a story that covered the Philadelphia skate scene, and to also be a stunt-double for their video that they would post to YouTube and Instagram.

He seized the opportunity right away, which ended up being a major look for him. On set, there were two filmmakers, one capturing the interview, and one getting b-roll shots of him and other skaters involved in the filming process.

Griffin ended up having a one on one conversation, where for the first time he got mic’d up. The interviewer asked him a combination of serious questions but also comedic and random questions as well, as some of their content is also funny. He was then asked to be a stunt double for the interviewer and skate in a trench coat with dress pants.

When this interview was first posted, he actually woke up to it, with one of his musical peers, Alex Catrambone calling him to congratulate him on being featured on Barstool Sports. When he opened up Instagram though, he saw a countless amount of notifications coming in from reposts, shares, and comments congratulating him.

As a result of his immense talent, but also his natural networking skills, along with an outgoing personality, he has been able to establish good connections in the skateboarding industry. He ultimately has generated a network of 100,000 followers across all of his platforms.

Has he lived his dream to the fullest extent? Not yet, he wants to become a pro skater down the line. He also never expected his dream to become reality, but he has put in a lot of work in order to get to where he is currently at.

In the grander scheme of things, he appreciates it, but it has been the last of his worries or concerns. Jordan really was seeking for the ability to have a big enough voice and networking system in order to give back to his community like he has seen many semi pros and pros doing time and time again.

“I am living my dream. It’s more that I saw the destination, but I didn’t see the journey,” Griffin said.

Check out our latest write up on Crushtomize: Leader In Graphic Design