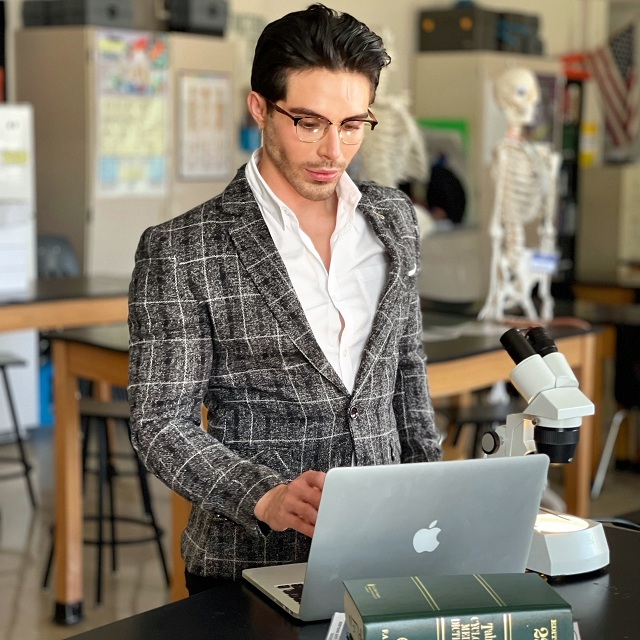 We need to talk…this just isn’t working. I’m referring to the vicious breakup cycle! Most of you know what I mean. One minute you’re crazy about each other and the next you’re telling everybody they’re your crazy ex. Why does this happen?

According to psychological researcher and celebrity dating coach, Brandan Rader, “Most people allow chemistry to take the wheel and chemistry alone is not a vigilant driver. It will put on ‘dopamine-colored glasses’ blow straight past the red flags and caution signs full steam ahead straight into a crash and burn.”

This got me thinking if “chemistry” is not the best driver for a dating, what is? Brandan informed me that “compatibility is the key to longevity in a relationship.” So, what is the difference between chemistry and compatibility?

Brandan says there are 3-systems of romantic chemistry—sex-drive, attraction, and attachment—and each system is regulated by different hormones. However, he has found that most people colloquially refer the attraction system when thinking about “chemistry.” Brandan states that research supports the attraction system is regulated by dopamine. For those of you who don’t know, dopamine modulates the reward system of the brain which can lead to addictive patterns. Meaning, the breakup cycle can actually turn into an addiction. More heartbreak at table 2 please!

Brandan defined “compatibility” as the alignment of relationship and lifestyle goals. He says goals can be things a person is currently doing and will continue to do, or something new that a person intends on starting in the future. Essentially—compatibility is when two people are living similar lifestyles, are heading similar directions, and want similar things. He has an entire coaching tool called “The Love Life Scoring System” which helps people objectively and strategically measure true compatibility on dates—even when chemistry might be clouding our brains!

Let’s summarize this. People let “chemistry” drive in the initial stages of dating. Chemistry causes us to put on “dopamine-colored glasses and blow straight through the red flags and caution signs,” as Brandan puts it, because we are attracted to them. Since dopamine is the feel-good hormone, we feel really good about this person and the relationship in the beginning even if we aren’t truly compatible. Eventually, the dopamine dips and because there is a lack of “true compatibility” the relationship breaks down. There is no foundation,only attraction and the feel-good illusion. Therefore, if we focused on compatibility instead of chemistry in the beginning, we would have a healthy foundation for the chemistry to build.

After speaking with Brandan, I tried his Love Life Scoring System. Simply put, it works! I’ve been approaching dating with an entirely new strategy, and I now have been dating someone for 4-months. Before my dating endeavors only lasted about 1-3 months.

If you’re ready to break the breakup cycle, I highly recommend purchasing Brandan’s L-Evate Your Love Masterclass, which included the Love Life Scoring System and much, much more! Or hire him for one-on-one coaching. After scouring the internet and researching other dating professionals, I found that he is the only one who is a dating coach and matchmaker with a professional/academic background in behavioral psychology. If you are looking for coaching programs that really work, Brandan is your guy! If you want to do you own research or apply for his services, check out his website www.brandanrader.com or follow him on Instagram @BrandanRaderOfficial.

Mitraz and DJ Rtek steal the show at Lucknow’s first ever Streetwear and Sneakers Fest!