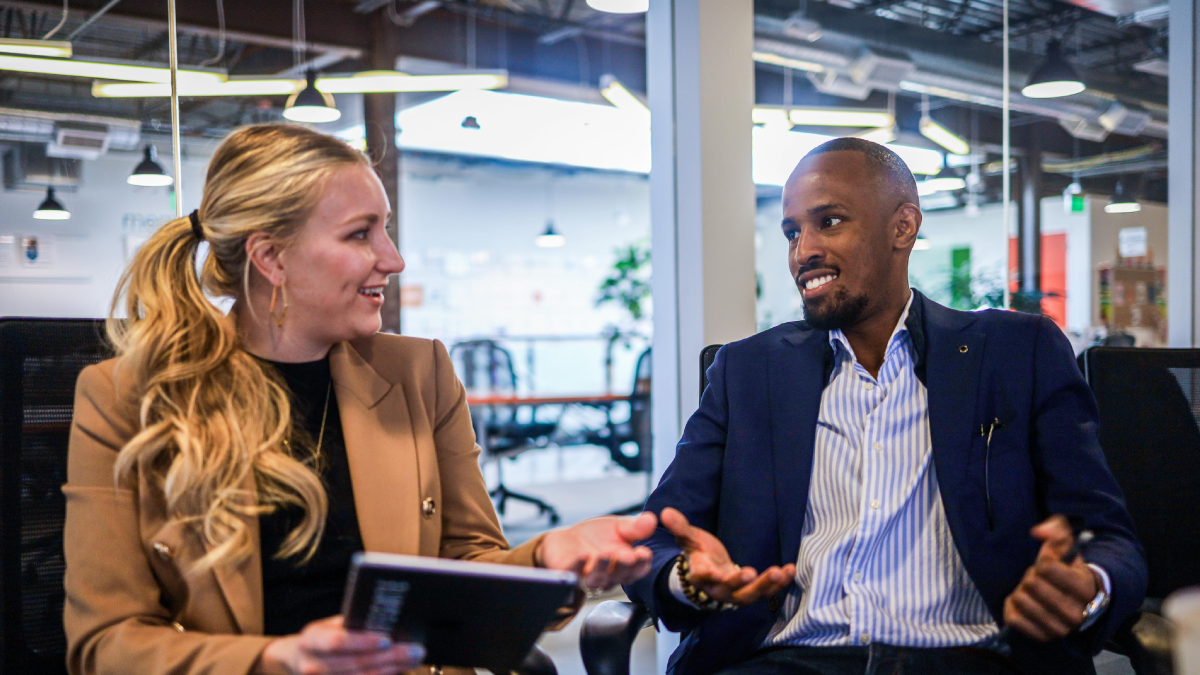 I met Joe Trujillo a few months ago through Jason Miller, my mentor and go-to business strategist. Like a few other members of the Strategic Advisor Board (half of the board) and myself, Joe is also a veteran. He spent a five-year stint in the Navy as an electronics technician transmitting all manner of sensitive DoD communiques and materials. During that time he held a Top Secret clearance, a status he maintained as a business consultant in the defense industry.

He leaned forward and said in a level voice “Let’s talk about microaggressions.”

“Humans are animals. Certainly, highly evolved and capable of extraordinary reasoning abilities.  But nonetheless, we’re anchored by the same survival instincts as our fellow primates and other mammals.”

I could tell he was on a roll so I held back my questions and comments.

“By observation, the individual treatment one receives often relates to the combination of personal attributes and surroundings. Whether deliberately or unintentionally, the happenings of such specific behavior relate to what is known as microaggressions.”

I was intrigued in part because I’d read up on microaggressions in college right before my own hitch with the Navy. I learned that the idea was that even the briefest of encounters of negativity based on individual differences. The word microaggressions was coined in 1970 by Harvard University psychiatrist Chester M. Pierce. I read that he came up with the idea after witnessing the treatment of Black students on campus.

When I arrived here from Puerto Rico I came to develop a sixth sense for being viewed as the “other”. Like many entrepreneurs, I believe my unique life experiences have proven to be strengths, not liabilities.

Now that we’re all navigating a woke (or is it post-woke) reality, it’s worth noting that microaggressions don’t only originate from individuals but can take place “environmentally”. In other words, these slights, sometimes subtle, sometimes overt, can exist within a community or establishment without any physical action or verbal communication. When taken to the next level, which is intentional discriminatory behavior, either verbal or nonverbal, its referred to as a micro-assault, such as a purposeful attack on an individual or group.

Taking a deep breath, Joe snapped his fingers and opened a file folder and brought out a couple of pages.

“I’m including a chapter on this subject in a book I’m working on. Rather than me going on about it here, why don’t you take this home and read it when you get a spare minute. I’d like to hear more about your public relation agency and what you’re up to.”

I laughed and told him I’d love to fill him in. Joe himself is a client and I’d been working up some newsworthy angles about his role as Direct and VP at Strategic Advisor Board as well as his role as an Independent Business Consultant operating under Skylar Enterprises. Doing so was a pleasure as I’d been a huge admirer of his unique approach to improving the processes and business operations of his clients.

I reproduce the text Joe gave me that morning here:

Microaggressions: The monster under the surface

The bias of personal characteristics resonates into broadened common social themes and targets areas other than race, gender, and sexual orientation. Along with the identification of these micro aggressive actions comes the process in which a victim manages them. These phases represent a sequence of events for an individual, from the microaggression attack to the result of reaction.

With simple observation, a person can easily identify the discriminatory occurrences of microaggressions. In the business world, one may witness these happening personally, between others, or in the office setting itself. A certain level of involvement can be noticed with individuals based on their employment level. There is an authority balance that exists between superiority and microaggression. Based on severity, microaggressions are more likely to be dismissed when received from the higher-level employees in a company.

The personal incidents depend on individual characteristics and may take place multiple times a day. There are also instances of microaggressions which exist in the workplace that have nothing to do with race, gender, or sexual orientation. This is most evident with the junior and new employees. It is common to see experienced professionals “poke fun” at their subordinates. Some are willing to tolerate different amounts of hazing, either directly or towards others, to prove their camaraderie amongst peers.

Microaggressions amid colleagues are most likely to exist within the office environment, especially between employees of the same position. In what might be considered an exchange of witty banter among personnel can actually be severely offensive to some coworkers. When these alterations occur and go unchallenged, an unspoken acceptance of behavior becomes customary to the workplace environment.

In the case of microaggressions of a sexual nature, we all understand that unprofessional and lewd behavior can evolve into tolerated conduct. This often paves the way for other microaggressions to arise as the behavior is copied and repeated. Along with creating a highly inappropriate office setting, this type of debauchery impacts the professional atmosphere and may ultimately affect productivity.

Unchecked, microaggressions can transform the office environments into a hostile workplace. The influences of outside entities (e.g. investors, consumers, etc.) constantly contribute to a company’s professional image and workplace atmosphere. Even the nature of a company’s culture can take on a social perspective.

For example, what comes to mind when one mentions companies such as Fox News or Apple? Fox News is generally associated with a staff of conservative, right-winged individuals which ultimately spawned a series of high profile multi-million dollar sex discrimination lawsuits. In contrast, Apple is portrayed as a company employed with free-thinking, liberal idealists.

The opposing viewpoints of these very different workplaces may originate as reflections of the audience and consumers each serve, but indirectly they could be viewed as supporting a corporate culture that is biased against other groups of people.

To understand microaggression, one must consider the full spectrum in which it transpires. The discrimination of such behavior becomes visible in human interaction and in environmental surroundings. Ignorance is bliss, but to reduce prejudice in our communities or workplace settings, people must be aware of the issues and be shown a way to process the situations created by microaggressions.

Also Read: Shelby Jo Long on What You Need To Know About Relationship Selling