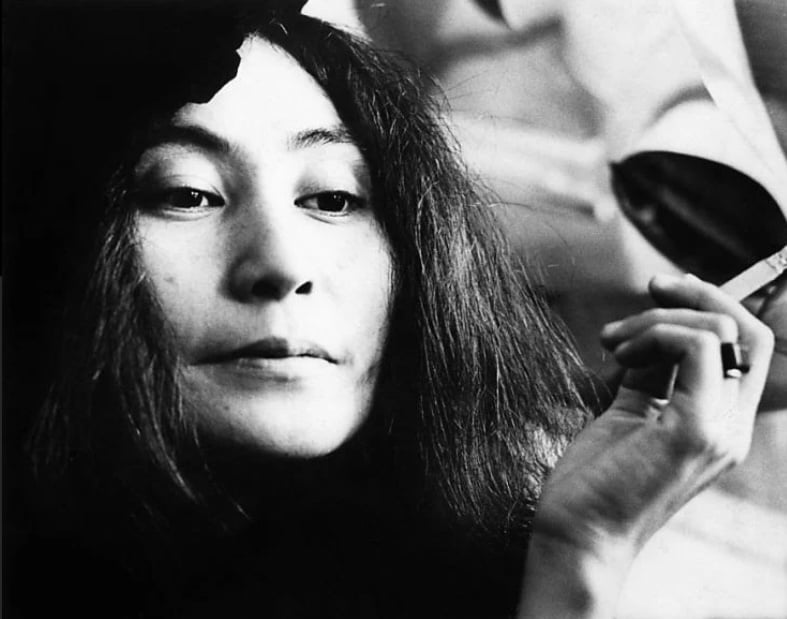 Many are familiar with Yoko Ono but this is because of her association with her late husband, the famous Beatle John Lennon. But unknown to many, Yoko is a great artist who has made profound contributions in the name of art.

Born in Tokyo, Japan in 1933, Yoko has been a prominent name in the international art scene since she started in the 1960s. Some of her works span several mediums such as visual art, performance, filmmaking, and experimental music.

Yoko moved to New York with her family in the mid-1950s and enrolled in Sarah Lawrence College. By the next decade, she lived in New York, Tokyo, and Londo to influence the international development of conceptual art and Fluxus, an international, interdisciplinary community of artists, composers, designers, and poets.

Some Of Her Early Works

During her early years as an artist, Yoko’s works were often based on instructions that are communicated to the public in either verbal or written form. This is because her art was something more than the public can look at, rather it invited them to become a part of the artistic process as well as provoke their thoughts and emotions about what art really is.

Take, for instance, her groundbreaking book Grapefruit. It was there Yoko combined more than 150 of her instructions that range from feasible to nearly impossible to stimulate the reader’s imagination and complete the piece depending on their perception.

But Yoko’s thought-provoking art isn’t limited to printed mediums as she also personally engages in performance art and other approaches to get her message of peace and equality across.

In 1964, she stunned audiences with her Cut Piece performance where she sat motionlessly in Carnegie Hall, New York. She invited people to cut away portions of her clothing until she was left in her underwear and surrounded by rags. This act was considered an early piece of feminist art that questioned interpersonal relationships and destruction.

Over the years, Yoko continues to create art that challenges the norms of society and questions the motives of politics. Her Wish Tree sculptural project is a perfect example of how she fuses her pacifist views with audience participation.

And since Yoko isn’t one to confine her work to galleries, her Wish Tree project spans different countries and invites visitors to write their wishes on a small piece of paper which will then be hung on a living tree.

Nowadays, the Japanese multimedia artist has embraced social media to communicate her art and messages to an even wider audience. She also continues to perform with Plastic Ono Band to promote world peace through her ongoing WAR IS OVER! campaign.